Yaiba: Ninja Gaiden Z, the zombie-themed take on Ninja Gaiden, is officially coming to PC, alongside the Xbox 360 and PlayStation 3 releases.

Publisher Team Ninja and developer Comcept (Keiji Inafune's development studio) still don't have an exact release date for the game outside of "early 2014," but whatever the date is, the game will be available on PlayStation 3, Xbox 360, and PC on that day. The PC version of the game will be downloadable through Steam.

For more on the game, you can check out this breakdown of the game's enemy types, as well as a handful of new screens in the gallery below. 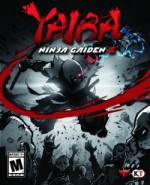