The Muton enemies are getting an overhaul in XCOM 2, and the alien foot soldiers are more menacing than ever. Take a look at the creatures for the first time, and learn a few details about what new things they bring to the battlefield.

"The Muton benefits from human genetics in XCOM 2 meaning it now pairs its established brute force with the cunning intellect of the human mind," 2K says. "This makes the Muton more deadly than ever. The Muton also has several skills available including Suppression, which targets enemies and reduces their aim, while also providing a free reaction shot should that suppressed target decide to move. Additionally, Mutons still possess the Alien Grenade, allowing them to deal damage to groups of soldiers. So, be mindful of your soldiers’ spacing in the field."

Be sure to click on the image above for an expanded view of the alien.

This isn't the first time the Mutons have gotten an upgrade. Gamers of a certain age are likely familiar with the original PC game and its now-laughable interpretation of the creatures. For a look at how the Mutons evolved from green-leotard-wearing goofballs to the rebooted XCOM's incarnation, take a look at our in-depth feature. And for more about XCOM 2, check out our hands-on preview. 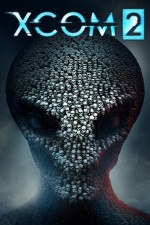