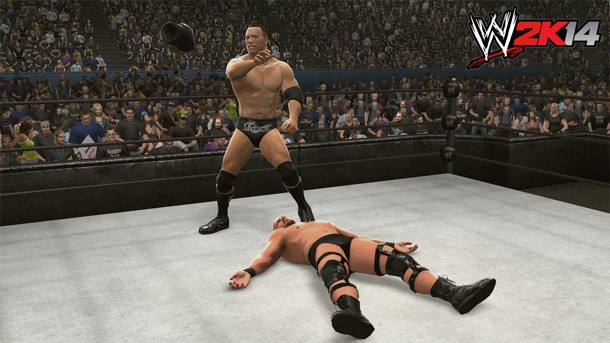 Today brings a third batch of WWE 2K14 matches for the title's single-player 30 Years of Wrestlemania mode. Monday was "Hulkamania Runs Wild" and yesterday gave us "The New Generation." Today, it's "The Attitude Era."

Here are the four matches that cover Wrestlemania 14 through 17:

WWE 2K14 will be out on October 29, 2013, on PlayStation 3 and Xbox 360. You can read our recent preview highlighting the game's upgrades in its first year at 2K Sports.