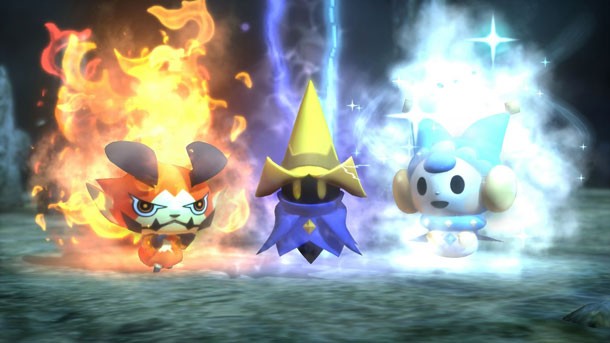 Square Enix has released a new trailer for the cutie-pie interpretation of Final Fantasy, World of Final Fantasy. Take a look at the new clip to see twins battling adorable foes, which they can in turn collect and train.

Square says players will be able to capture and raise creatures, such as the behemoth and cactuar that are shown in the trailer. Once captured, players can find new forms for the beasts and learn new abilities. The game itself plays like a traditional RPG.

World of Final Fantasy is set for release on PlayStation 4 and Vita in 2016.