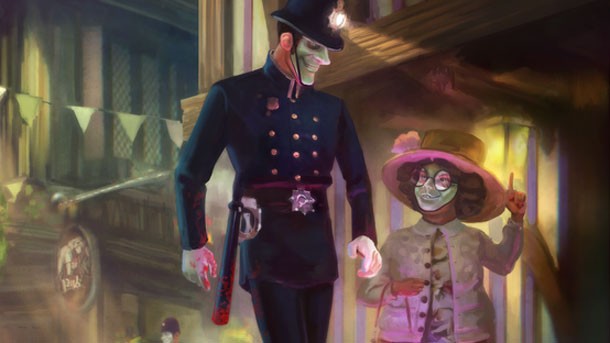 The sublime, Orwellian-inspired We Happy Few is out now via several different early access programs. Check out a new gameplay trailer to be introduced to the game's surreal world and combat.

We Happy Few is available for Xbox via its Preview program, Steam Early Access, and GOG's Games In Development. For those participating in early access, developer Compulsion Games will be adding content and features, such as expanding the city Wellington Wells. Players currently have access to some of the game's key mechanics, such as, "social conformity and suspicion, Joy intake, crafting, combat, and survival," as explained in a press release.

A date for We Happy Few's full release has not yet been announced, though it's expected to come out this year. For more on the game, read our E3 preview.