Mike Bithell Walks Us Through Volume’s Intuitive Level Editor
by Mike Futter on May 11, 2015 at 05:10 AM With the success of Thomas Was Alone behind him, developer Mike Bithell has been hard at work on his next game. Volume is a futuristic telling of the Robin Hood story, featuring stealth gameplay and sharp, polygonal visuals.

Today, Bithell released a video showing off the paint-brush style level editor. Using the controller, players can map out floors, walls, lighting, props, enemies, text popups, and more. The feature works on both PlayStation 4 and Vita.

Bithell also says that community feedback will be incorporated into the process, and the game will expand along the way. He and his team will be listening to players, with the potential to add more creation tools and expand the engine’s capabilities.

Volume will be out first on PlayStation 4 and Vita in late summer. You can read our most impressions of the title from GDC 2015 for more information. 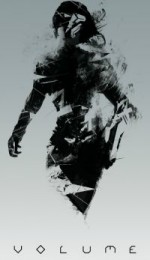