Dontnod Entertainment made an impression on players last year with Life is Strange, its episodic game about growing up, discovering who you are, and working through supernatural abilities. Its upcoming game, Vampyr, deals with a few of these themes, but it tackles them in a more action-packed – and bloodier – framework. You play as Dr. Jonathan Reid, a physician who has to deal with an outbreak of the Spanish flu in London, and also his own vampirism. It's not all bad, however, as an E3 demo showed.

Here are three positive things about being a vampire (or vampyr) in the middle of a disease outbreak. Things could certainly be worse...

You Can Do What You Want
Player choice is a big part of Vampyr, which is something that Dontnod has explored in its previous games. Here, one of your big decisions is simple: Who do you eat? As a vampire, you have certain...urges, and it's up to you how you sate them. While you don't have to kill people, doing so propels the story forward in different, unexpected ways. If you decide to lure a thug into the shadows and take a bite out of his neck, he could leave behind a family, who in turn could suffer in his absence. Is that something you can live with? As you play, you can investigate the backgrounds of various people, which should help you make your life-and-death decisions, too.

You Have Some Slick Abilities
People may not know that you're a vampire in the game, but London's vampire hunters know that the threat is upon the city. Fortunately for you, Reid can handle himself well in battle. Players can take advantage of his vampiric powers, which, if his blood levels are high enough, allow him to dart around areas quickly by transitioning to a smoky mist form. In one instance, we saw him use another mist ability to summon tendril-like clouds from below, which flung a hunter in the air – only to solidify in a spike and impale the hunter before dissipating .

You Live In A Pretty Cool Town
Reid's hometown looks like a neat place to explore, even though bodies have a nasty habit of piling up. Players can dart in and out of buildings to avoid the vampire hunters that patrol the streets, and the interiors are packed with details, crafting supplies, and story elements. Depending on how Reid handles himself, the overall health of a district can improve or suffer. He is a doctor, after all, and he can craft and distribute medicine to keep the populace healthy if he desires. If you plan on dining on the citizenry, it pays to make sure that the food stocks are as pure as possible. 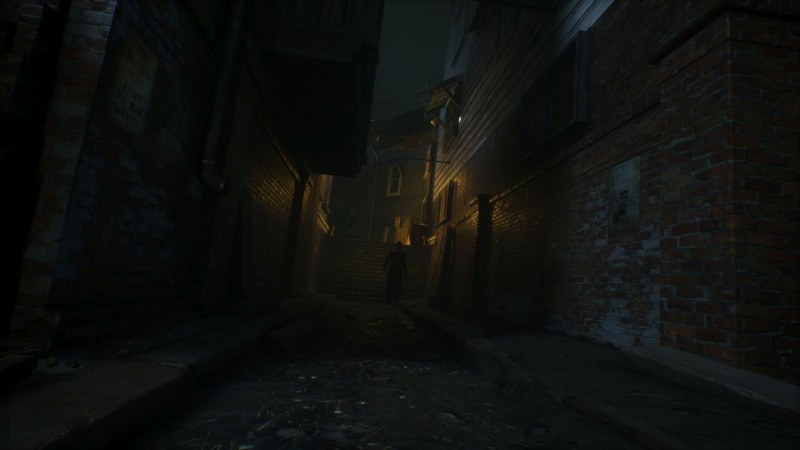 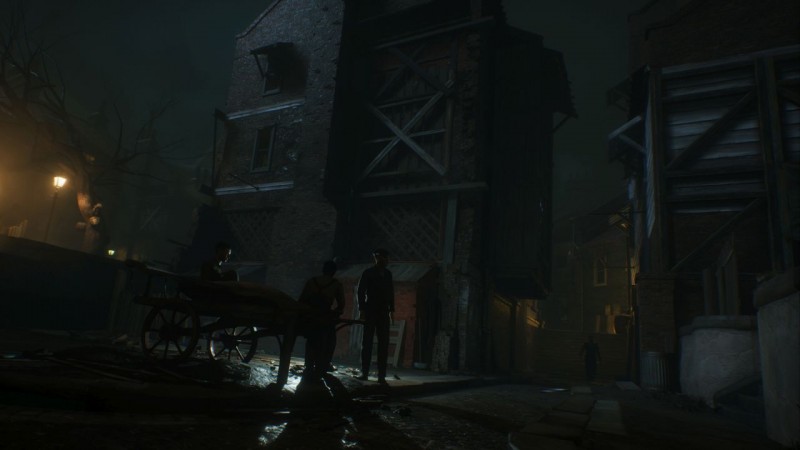 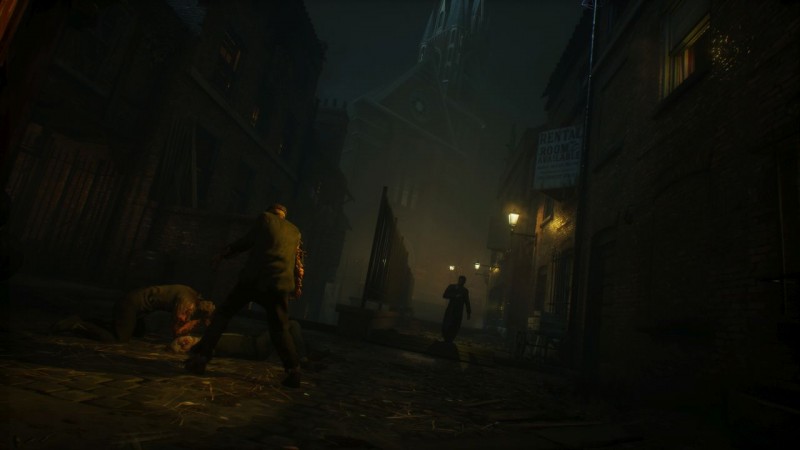 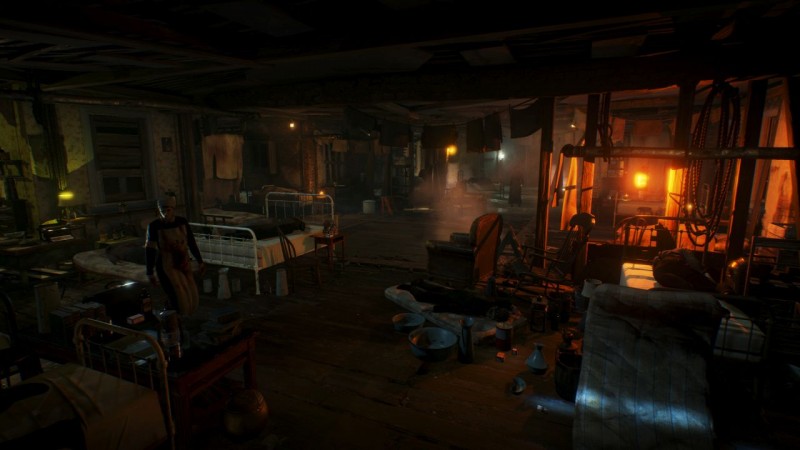