The world of Valkyria Revolution is heavily influenced by the European industrial revolution, drawing upon thematic elements from the time period and integrating them into a war of liberation. The game focuses on the concept of death and overcoming the fear that accompanies it.

Yasunori Mitsuda, the composer of Valkyria Revolution, encapsulates the classical feel of that era, bringing the game's inspiration to life and actively shaping the tone experienced by the player. To reproduce the feeling of the European industrial revolution, Mitsuda conducted a live concert-hall recording with the Tokyo Symphony Orchestra. The scale of the recording was unheard of in Japan and lends "a great richness to the score," according to Mitsuda. Additionally, Mitsuda places particular emphasis on the score's ability to seamlessly transition between in-game events.

Mitsuda and the Tokyo Symphony Orchestra are joined by multilingual Australian-Japanese singer Sarah Àlainn, whose haunting voice appears on several tracks, including the main theme.

Check out the video below to get a sample of the game's soundtrack.

Valkyria Revolution comes out June 27. For more on the game, head here. 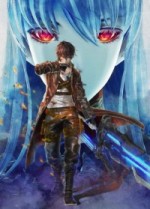