When I first saw Unravel during a Pre-E3 event in Santa Monica, it immediately piqued my interest. It wasn't like many games I had seen and there was something so heartfelt about this little yarn doll and its mission to mend the broken bonds between people. I've been thinking about it since the event, waiting patiently for EA to finally share it with the world. Thankfully, it finally unveiled it at its E3 press conference today.

Coldwood Interactive is a small studio in the far north of Sweden that wants to set out to make something meaningful and personal with Unravel. Creative director Martin Sahlin spoke passionately about how he feels if players give him their most valuable gift - their time - it's up to him to make sure they get something special in return. Enter Unravel.

The inspiration for the atmospheric platformer came from a song lyric: "While you're away my heart comes undone and slowly unravels in a ball of yarn." Sahlin kept thinking about the lyric and how it sounded like a game character to him. "[He] unravels more and more, the further away [he] gets away from the things you love," Sahlin says. "The concept grew into, 'What if this yarn is actually kind of a symbol for the bonds between people?' It's like that red thread that runs through your life and connects everything."

Unravel's premise tackles a broken bond, and you play the little yarn doll named Yarny who acts as a messenger to try and mend things and set things right, collecting memories from various family members along the way. "The core of it is reaching out and overcoming difficulties," Sahlin says.

Those difficulties extend to just getting Yarny around the environment. The game is a physics-based puzzle/platformer and your goal is to figure out how to navigate it by unraveling Yarny to get by. This means using his yarn as a lasso to swing across platforms to using it to move objects to tying it to two posts to walk across, and more. You can even slingshot him off bridges. During my hands-on time, much felt like second nature, but I also encountered times I had to pause and really think situations through. Most aren't just solved with one action, but by putting tons of Yarny's skills into motion. You also can only use some much of his yarn before you run out. Around the environments extra yarn is scattered to help you move on. I most enjoyed how creative you can get with using the yarn to get around, and that's what makes the gameplay stand out the most.

The landscapes Yarny explores are also inspired by areas around Sweden. Yarny will travel to deep forests, snowy landscapes, gardens, ice rivers, and more.  "It's more about capturing the feel of those places than capturing them identically [to Sweden]," Sahlin says. "Those environments inspire a certain kind of mood and atmosphere."

Yarny also makes plenty of expressions throughout his trek, like when he gets rained on, expect a sad face that breaks your heart because he's so darn adorable. "It's interesting how expressive you can make something, even though it doesn't have many features," Sahlin says. Yarny definitely brought up feelings that I'd put on my par with seeing your favorite childhood toy; he just has something very innocent and whimsical about him.

Unravel really feels to have the best of both worlds. The story elements are charming and the puzzle/platforming game provides its own satisfying challenge. "If you want to go deep and analyze everything, there's a lot of detail for people to look at and  think about," Sahlin says. "But some people just might want to play the game and that's fine too, we don't want to shove story in their face. We leave pieces for the people out there that they can finish if they want to."

Unravel has yet to receive a release date, but it is set to debut on PlayStation 4, Xbox One, and PC. 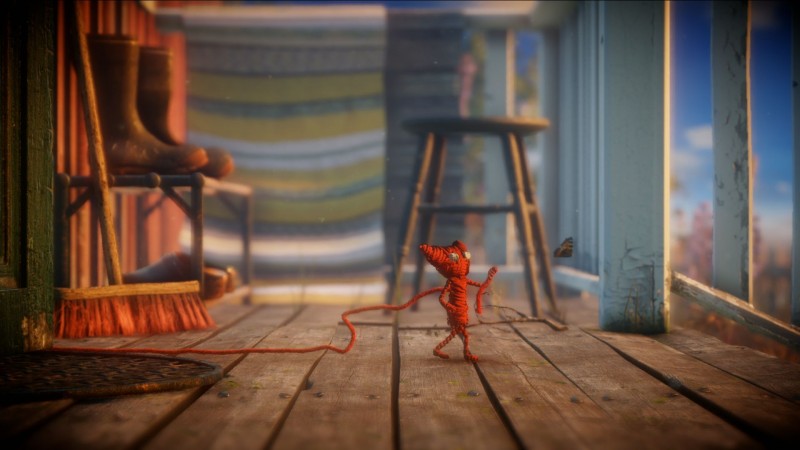 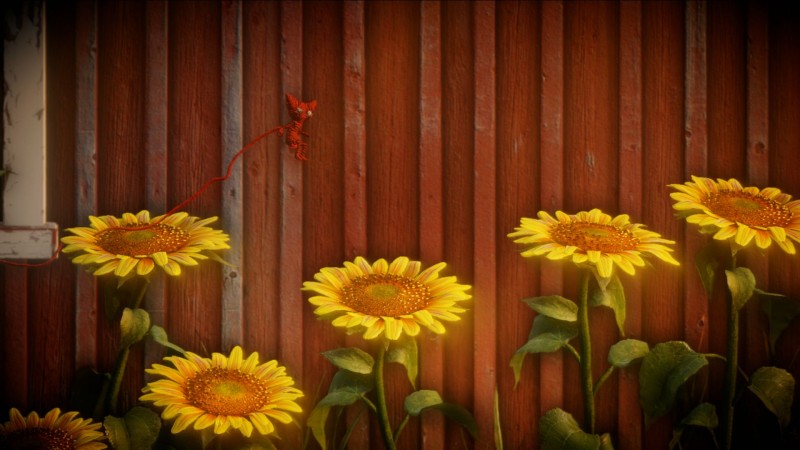 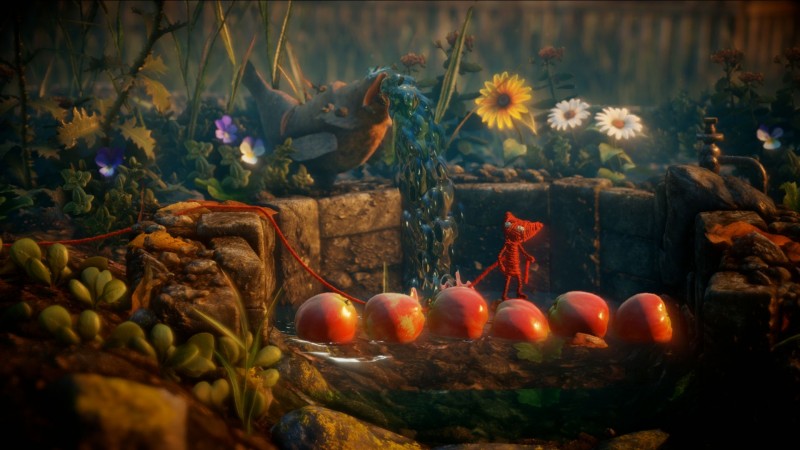 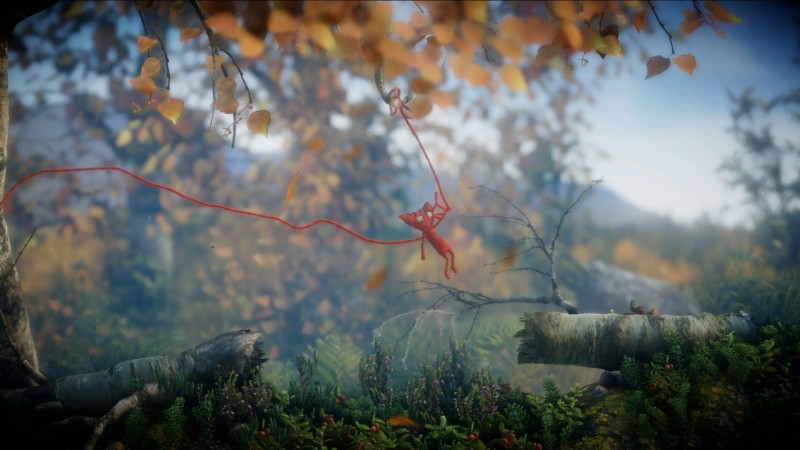 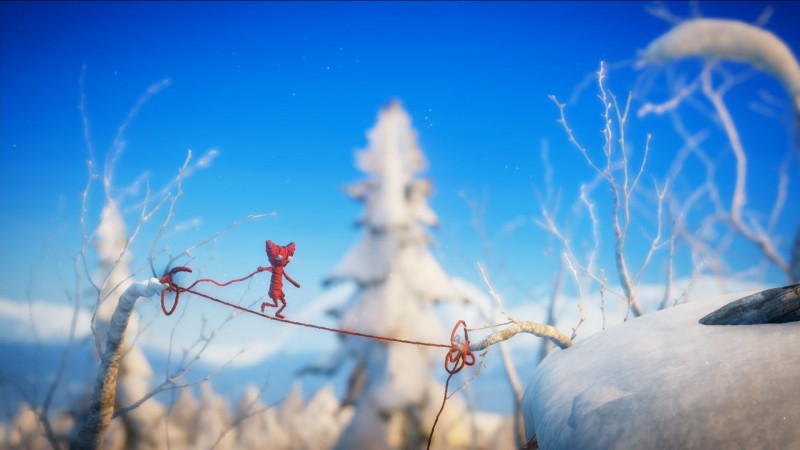 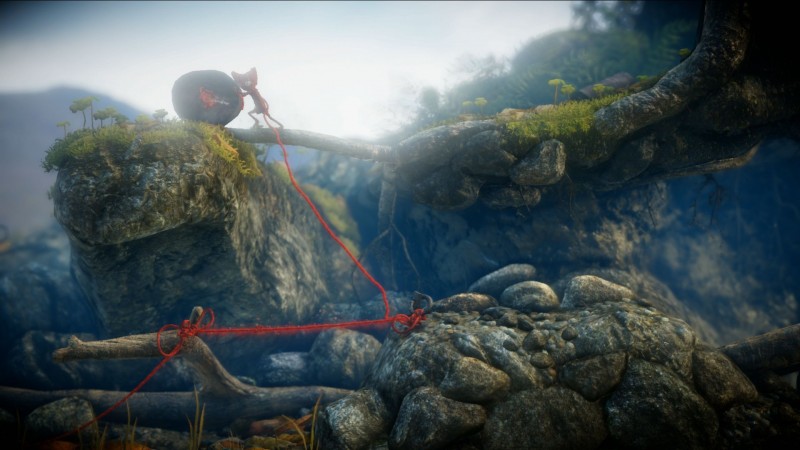 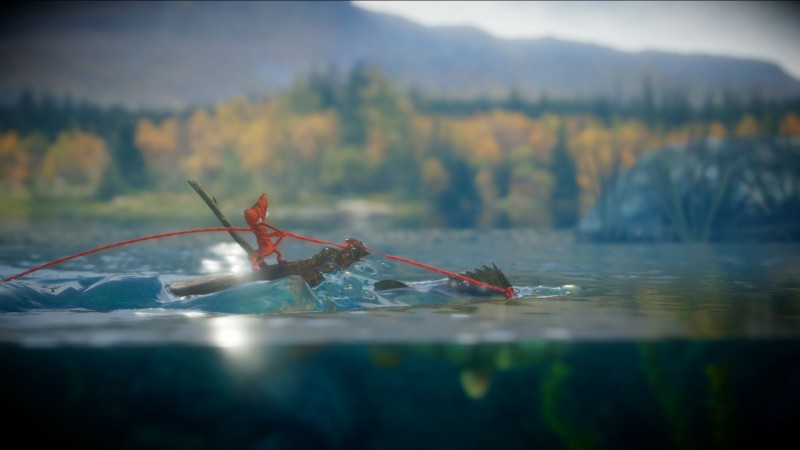 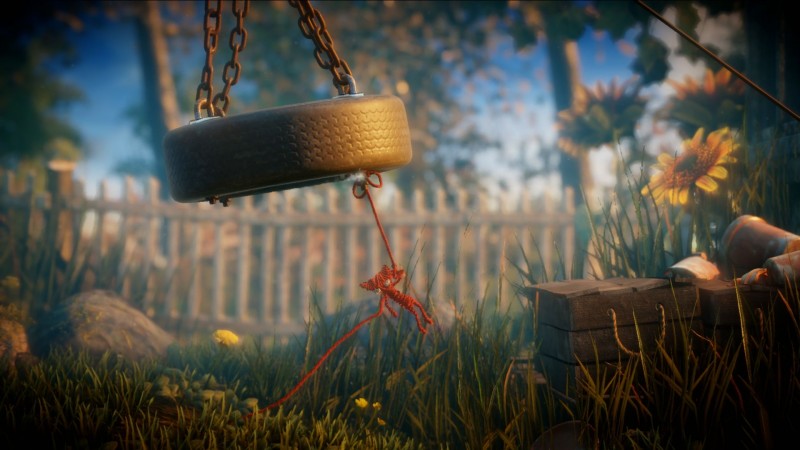