The Lost Legacy Looks Like More Uncharted, And That’s Great Uncharted 4: A Thief’s End was one of my favorite games last year, so I was excited as I sat down to watch Naughty Dog’s demo of Uncharted: The Lost Legacy at E3. During the course of the presentation, I learned about Chloe and Nadine’s new quest, their character dynamics, and how that all might affect gameplay. Even better, I got a glimpse of a cool new villain – an antagonist who exudes a quiet menace, which is an interesting shift for the series.

I left that demo with a big smile on my face. I loved Uncharted 4, and The Lost Legacy looks like it will deliver more of what makes this franchise special. However, some people left the demo with a more negative impression. The complaints are not about any specific thing the game handles poorly; they generally are about the fact that The Lost Legacy doesn’t have any specific banner feature that sets it apart from Uncharted 4.

I can’t argue with that point. Apart from new characters occupying the leading roles, The Lost Legacy is clearly cut from the same cloth as Uncharted 4. Naughty Dog is playing with new narrative elements, but when it comes to the action, I admit this new installment looks familiar. Choe and Nadine make death-defying leaps, swing from ropes, and escape from dangerous situations in breathtaking setpiece scenes.

Yes, Nathan Drake was doing those things in the last installment, but for me, the question is: So what? I enjoyed it then, and I think I will probably enjoy it again. From what I’ve seen of The Lost Legacy, the mechanics work well, the visuals are gorgeous, and the characters are interesting. Writing off those qualities because it's built on a strong-but-familiar foundation is strange.

People like being surprised at E3, me included. But in that environment, a game like Uncharted: The Lost Legacy is a known quantity; it might have some trouble generating the same excitement as a brand new and unproven title. That’s understandable, but Uncharted 4 was a fantastic experience. I want more of it, and it appears that The Lost Legacy will deliver. I certainly liked what I saw in our demo, and I’m eager to play the whole game for myself.

Uncharted: The Lost Legacy releases on August 22 for PlayStation 4. For more info on the game, check out our coverage hub full of features, interviews, and more. 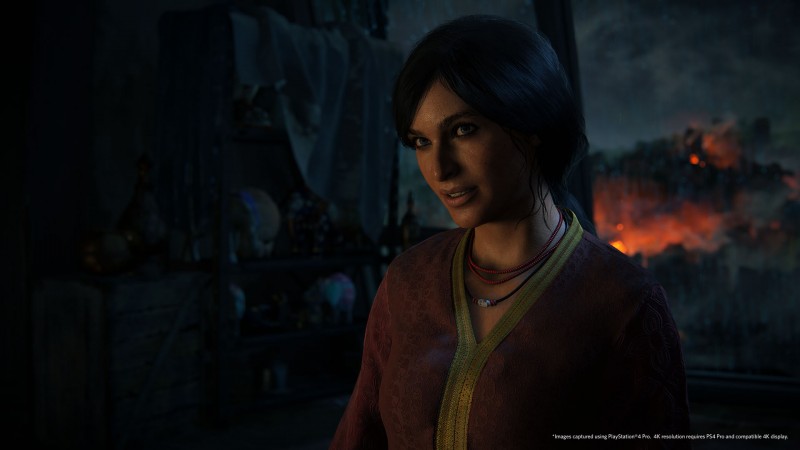