Like the two God of War games that came out on the PSP, Uncharted: Golden Abyss seeks to take the formula that worked so well for one of Sony’s best console franchises and shrink it down for the new portable device. Unlike those previous efforts, though, Sony is introducing some new gameplay elements into its beloved series to help showcase the impressive technology powering the NGP.

In my original hands-on with this game back in January, it was little more than a tech demo, but at a recent NGP event where I got to check it out again, it had been fleshed out significantly to include deeper gameplay and actual story elements. Golden Abyss takes place before the first Uncharted game for PS3, but Sony is considering it a stand-alone story. In this adventure, Drake teams up with Jason Dante, a fellow sarcastic treasure hunter who seems to have a history with Drake and his long-time buddy Sully.

In the portion that I played, Drake and Dante traversed steep cliffsides and ruins in a jungle that looked similar to the setting of Drake’s Fortune. As in the previous demo, the core gameplay of climbing around environments could be handled in two ways: traditional analog stick controls or using the touch screen in various ways. For example, when sliding along a ledge, I was able to tap the opposite end of the ledge on the touch screen to have Drake slide across automatically. To climb up a rope, I could swipe two fingers up and down on the rear touchpad, simulating the hand-over-hand motion used to climb.

The touch controls worked best in a brief segment where I had to guide Drake across a crumbling bridge. The camera pulled out to an overhead view, and I could tap on which plank of the bridge I wanted him to jump on, which proved easier than trying to guide Drake with analog controls. That bit aside, I remain very thankful that Sony Bend is leaving it up to players to decide whether they want to use touch or traditional controls or a mix of both.

The demo also briefly showed off some puzzle-solving and combat. In a simple puzzle scenario, I had to scribble some ancient carvings onto a piece of paper by rubbing the touch screen vigorously. Once I’d copied the symbols from four different locations, I had to piece them together in the right order to reveal the location of my next goal. It wasn’t exactly taxing or thought-intensive, but puzzles like this should provide a nice break from the exploration and gunplay.

Combat also features some gimmicks showing off the NGP’s capabilities. When using a sniper rifle, the game leaps into a first-person view and allows players to aim the shot by physically moving the NGP. The gyroscope controls are cool, but I find it likely that I’ll be turning this off as long as that’s an option. Gamers will also be able to tap the screen to quickly toss grenades.

Uncharted: Golden Abyss is hands-down the showcase title for Sony’s powerful new portable system. With its crisp visuals and seemingly solid translation of the series’ gameplay mechanics, hardcore Uncharted fans won’t want to miss out on this adventure. That said, it’s also a good illustration of one of the PSP’s problems and what could be a potential issue for NGP: Why would I rather play this game on a handheld than at home on my nice HDTV? In fact, given the inclusion of an HDMI output on the new device, it’s entirely likely that I will play it on my TV. [UPDATE: Sony has confirmed that the NGP will not have an HDMI out as I originally thought. The units I used at the event featured this, but that's because they were dev units. It will not be part of the final, retail NGP.] That’s certainly not a condemnation of the NGP, but hopefully Sony can continue to deliver games that are custom-built to be consumed on the go in addition to smaller versions of their console hits. 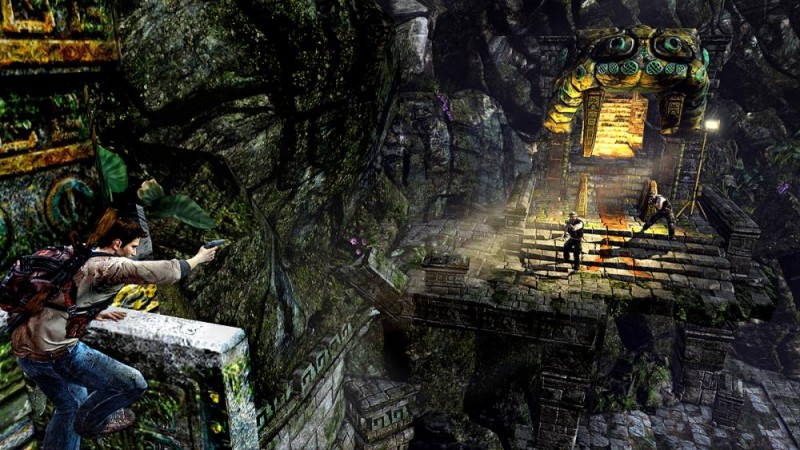 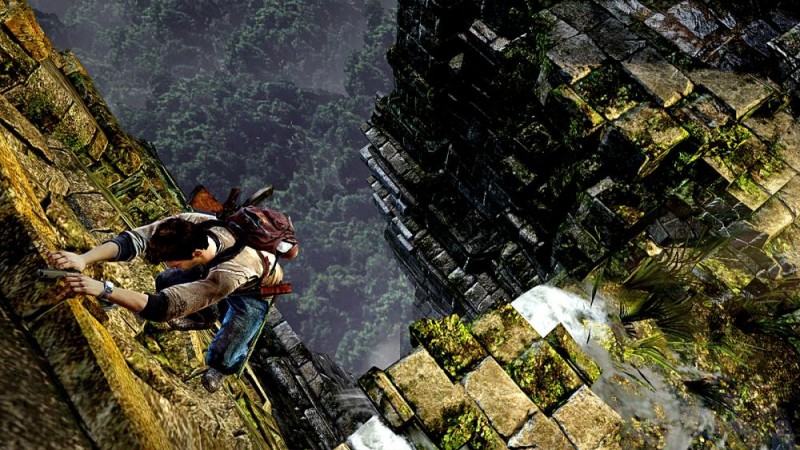