Supergiant Games wowed us with its first title, Bastion (our review), back in 2011. Its storytelling and action felt both familiar and fresh. To say that we’re expecting big things from the studio’s second effort, Transistor, might be an understatement.

In a new launch trailer, we’re given a new look at the antagonists hunting Red. The gameplay is set against “Old Friends,” from the game’s soundtrack (composed by Darren Korb). You’ll also likely recognize the voice of the narrator, Logan Cunningham, who played a big part in making Bastion so memorable.

Transistor is out on May 20 for PC and PS4. You can read more about why it was one of our favorite titles of PAX East here. 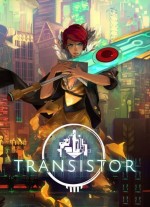