Creative Assembly released its newest trailer for Total War: Warhammer today. The video features a tour of the many different regions of the Old World, where the game is set.

The trailer includes new footage of the campaign map and many new battlefield environments. The human Empire, Bretonnia, the mountain holds of the Dwarves, the marshes of Sylvania, and many others are all covered in the descriptive video. See it for yourself below.

A series of "Battle Briefing" videos are scheduled to follow this trailer on the Total War YouTube channel in the coming weeks. Total War: Warhammer launches May 24 on PC and Mac, and you can read about its plans for free DLC here. 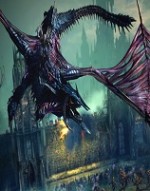