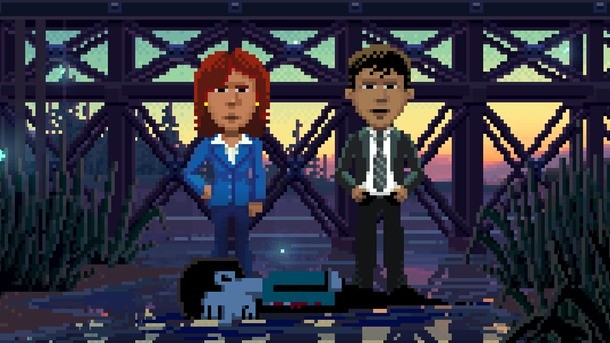 Thimbleweed Park, the "new classic" point-and-click adventure game from the creators of Maniac Mansion, released its second trailer today. It focuses on the character of Special Agent Ray and gives a few teases about the game's mysterious plot.

There's a lot of exposition from Ray in the trailer, setting the stage for the investigation of a murder in a small town. Apparently, that also involves clowns, ghosts and glowing toilets in the dark but goofy world of Thimbleweed Park. See for yourself in the embedded video.

Thimbleweed Park is billed as a true successor to Manic Mansion, and has almost doubled its initial funding goal on Kickstarter. It recently brought on the original artist from the Monkey Island games to work on the project. The game is now coming to PC, Xbox One, iOS and Android in August.