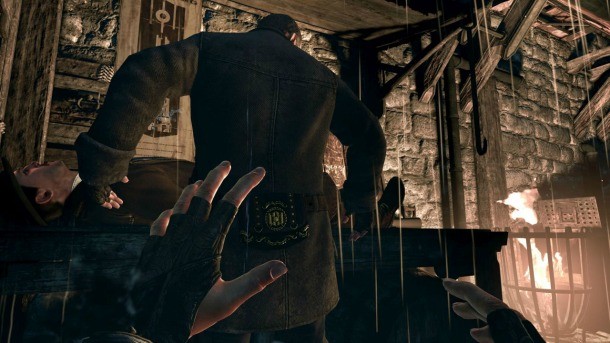 Curious about how Thief is shaping up? You're in luck; Square Enix and Eidos Montreal have released a new, 17-minute walkthrough of the game’s “Lockdown” mission to satisfy your curiosity.

“Lockdown” is the game’s first mission after the tutorial, and sees Garrett attempting to make his way back to his clock tower hideout after a heist gone wrong. The walkthrough was recorded on fully optimized AMD hardware – a PC running Windows 7 with 8 gigs of RAM, an AMD FX 8350 CPU, and an AMD Radeon HD 7990 graphics card. The player in the walkthrough, marketing coordinator Jean-Philippe Chicoine, is using an Xbox 360 controller.

You won’t have to wait much longer to start sneaking around in Thief for yourself. The game is releasing on Xbox 360, Xbox One, PlayStation 3, PlayStation 4, and PC on February 25.

For more on Thief, check out our in-depth coverage of the game here.