Want to make a game space feel more authentic and believable? How about hiring actual architects to design the world?

That's the approach being taken by Thekla, Inc., the team led by Jonathan Blow currently working on The Witness. The Witness is a fascinating new approach to puzzle games. Designated locations around an abandoned island each offer players a clear location for a puzzle, and all the puzzles involve a similar concept -- tracing a line from one place to another. It's the myriad ways you discover that line that make the game compelling, from listening to the sounds in an area, to looking at a puzzle from multiple angles to find a solution. We had the opportunity to chat with Blow about the latest iteration of his upcoming puzzle game, and one of the most interesting components of the conversation was his thoughts about architecture in his team's game world, and the importance of designing a space that feels beautiful, minimal, and integrated with the goals of gameplay.

"We’re working with two different architecture companies," Blow explains. "There are some that are building architects, and also landscape architects to do grounds around the buildings and island shape in general. Before we started working with them, I was doing things kind of like I did in Braid. I’m going to build some puzzles and build some buildings, and I don’t know anything about buildings, so I’m not even going to try to make it interesting. I’ll make it a box with whatever I needed for the puzzle inside. For a long time, The Witness had a bunch of these box buildings, and then some of them I made a little more like actual buildings. But the idea was always that someone who actually knows about buildings would come along later and make it better. So that’s what we’ve been doing lately."

The architects that Thekla has employed from the firms of FOURM Design and David Fletcher Studio were tasked with an interesting dilemma. Bring an authenticity to the game world, but maintain the goals of game design that Blow considers paramount. "There’s actually a lot of iteration and back and forth once the architects proposed what the design for a building or landscape needed to be. We go back and forth until we figure out what is going to work for the game. We usually minimize it a little, strip it down to the most basic list of interesting elements, so that’s a very carefully constructed flow of movement, interaction, and intention. Architects don’t usually think that way. So it’s been really interesting for both of us." Some of the ideas contributed by the architects have already been implemented into the game world. Take a look at the area in the screen above, which shows an area of the island prior to any architectural changes. The image below is the same area, but the subtle shifts in design make the area flow more naturally, and fit into the broader scope of the island's visuals. Beyond giving the game world a more natural appearance, a deeper architectural sensibility has also allowed Thekla to draw closer links between the puzzles and the locations in which they occur. "The ideas that the architects bring to the table feed into the puzzle design. I think that makes the puzzles feel more grounded in the world," Blow tells us.  "I’m always surprised with solutions we come up with. How to focus things, or make sure you notice a particular building, or make sure it feels distinctive. How to make sure it looks very different from this other thing, but also fits. It’s not totally different. It’s got a similar visual language."

If nothing else, the attention to detail in the world design of The Witness nearly assures that it will be a remarkable universe to explore when the game releases late next year. For more on The Witness, make sure and check out our four-page feature on the game in the latest issue of Game Informer (#225). In addition, check out the recent word we got from Jonathan Blow from the same interview, in which he makes it clear that the game may still be headed for consoles. 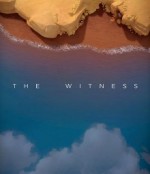