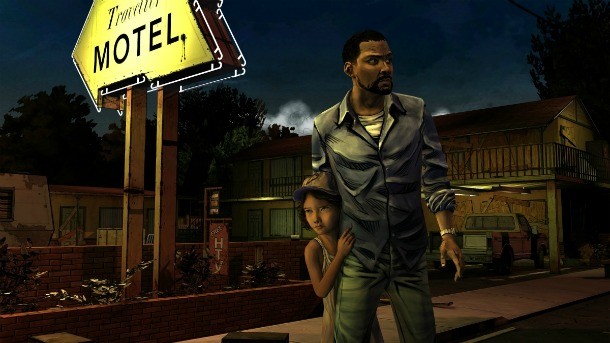 It’s been the talking dead for a long time, but we finally got a look at what Telltale’s upcoming Walking Dead episodic series would look like.

For the Walking Dead, Telltale didn’t want to create a series that just followed the show or the comic, and neither did series creator Robert Kirkman. Instead Telltale created a new charter named Lee – a prisoner who was being shipped to prison on the day the Zombie outbreak occurred.

Telltale told us that the game isn’t about saving the world, it’s about solving the problems right in front of you, problems like having a broken leg or being hungry. Telltale is hoping to capture this spirit of survival in the game. The game is about exploring small intimate spaces.

Since the comic is in black and white, the game gets to explore the use of bright vibrant colors, while also keeping a very comic book centric art style. “We’re trying to make the characters feel drawn even when they’re moving and talking,” said designer Sean Vanaman.

The game is still about talking to people and solving puzzles like many adventure games, but Telltale is also working to make player choice persistent throughout the series. If you choose to save a character in the first episode they’ll remain throughout the series, but if they die you’ll never seen them again. Players will have to live with the choices they make. “Characters will mention things you did earlier in the game and comment on how they feel about your actions,” explains Vanaman.

We still haven’t seen the game in action, but the game looks great in still images. Check out some of the game’s concept art below, and see how it compares to the actual in-game art. This is the first in-game screen that Telltale has released. 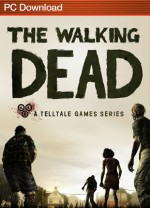