No matter how you pronounce it (hard “g”), animated gifs have become a popular vehicle for promoting games. The Astronauts is getting in on the fun with a batch of the short animated clips highlighting three different moments in the upcoming The Vanishing of Ethan Carter.

Each of these was captured in-game using PC and Gamepad. The first shows off The Astronauts photogrammetric technology, something the team will be talking more about in the new year. Essentially, it allows developers to get to higher quality assets faster.

The second clip shows off the game’s protagonist, Paul Prospero (if that surname doesn’t ring a bell, look up Shakespeare’s The Tempest). Prospero witnesses a supernatural happening in the gif below.

The final clip shows a cemetery from later in the game. According to The Astronauts, the tombs and roots are some of the elements that were made using the photogrammetry technique.

You can read more about The Vanishing of Ethan Carter in a recent preview. The title will be available in 2014 on PC. 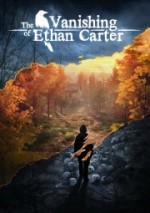