Funcom, the team behind Age of Conan, is looking to break away from traditional MMO conventions for its upcoming project, The Secret World. The ambitious title is set in modern times and puts players in a world where all fantastic myths and legends come true, whether it’s the existence of vampires, werewolves, or the idea that Stonehenge has magical powers. You’re free to join a secret society and choose between the Illuminati, Dragons, or Templars and as you progress you’re free of classes and leveling as part of the game’s “free progression” system. A live demo at EA’s Redwood Shores campus showcased these elements as a band of characters complete a mission on the haunted Solomon Island.

Solomon Island has been invaded by powerful enemies called the Draug. A mysterious organization, the Oroshi corporation, feel that it’s time to take direct action by sending a few people out to investigate a wrecked tanker. The first objective is to pick up the Orochi tactical map located on the hood of a car nearby. The hero character who kicks things off hops into a helicopter to venture to the island and meet up with the rest of the crew (the helicopter pilot plays a role as he will offer radio communications to the team as they progress).

Five players prepare to take on the dangerous mission. There is a masked man with a sledgehammer who serves as the team’s tank, a young lady takes the healer role, a man armed with an assault rifle and grenades is the crowd controller and dishes out ranged attacks, another gentleman harnesses fire powers, and the hero character wields a sledgehammer with a focus on high damage. The team wades through shallow water for their first Draug encounter – plus zombies. Whenever you encounter Draug, zombies are always along for the ride. There are also Draug females, the mothers of the Draug race, whose sole purpose is to reproduce. The sorceress protects herself with a barrier (can be removed with magic) and summons a thunder cloud to electrify the water and endanger the team. Female Draug also have the ability to take their zombie underlings and mutate them into Draug as well. The team makes quick work of the enemies, earn skill points (used to unlock new abilities, more than 500 to master), and move on.

The wrecked tanker, Polaris, is finally found. The vessel went missing four years ago and turned up on Soloman Island. Draug came off the ship and used the location to launch their attack. At this point the team encounters their first boss, the Varangian that charges at the group and occasionally submerges into the water to summon zombies. The beast then retreats to an area surrounding itself with containers and electrifies the water leaving the team to have to dish out attacks from atop the containers – at least until the Varangian begins electrifying containers. This keeps the team mobile as they dish out ranged attacks until the beast finally falls.

Funcom then shows off how puzzles come into play in The Secret World. In one example the team finds a crate that requires a code to unlock. If you take a look next to the container there’s a shipment number, but it’s not the code. Players will have to visit a website outside of the game to look up the shipping number and retrieve the code to unlock the in-game chest.

The demo ends with the team hopping into a helicopter to make their way back to safety – or so they thought. A large enemy attacks the helicopter and the screen blacks out leaving the sound of struggle and an aircraft quickly going down. What happens to the team? We’ll have to wait and find out when The Secret World hits PC (release TBA). Will The Secret World be free-to-play or follow a subscription model? The team at Funcom says they are “examining all options.”

Check out the latest trailer below: 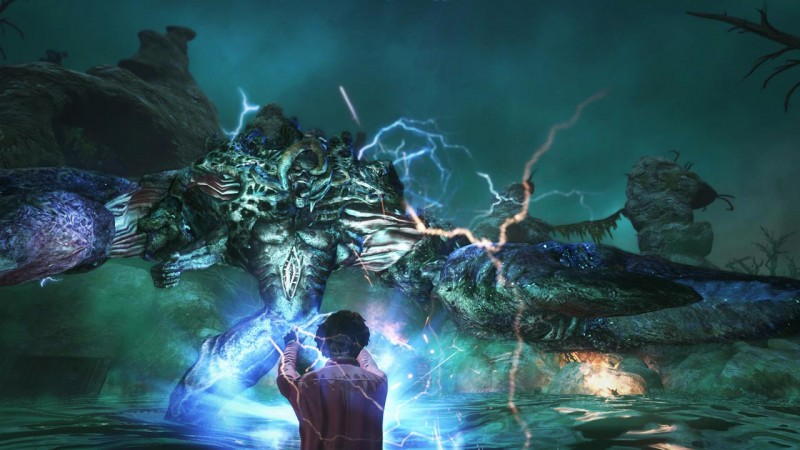 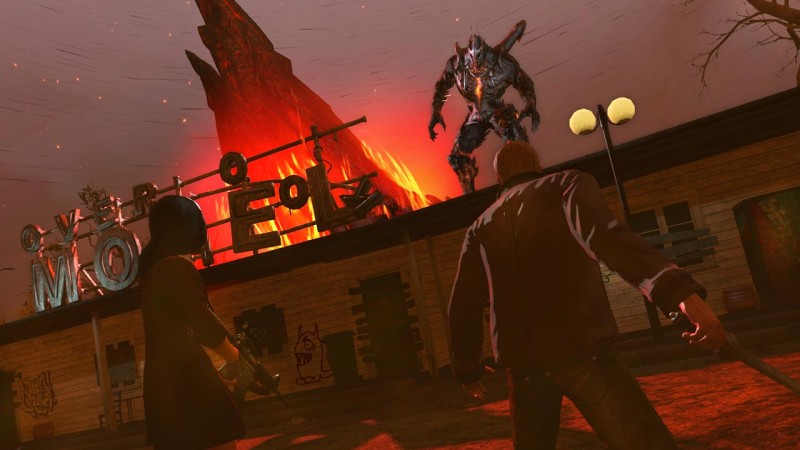 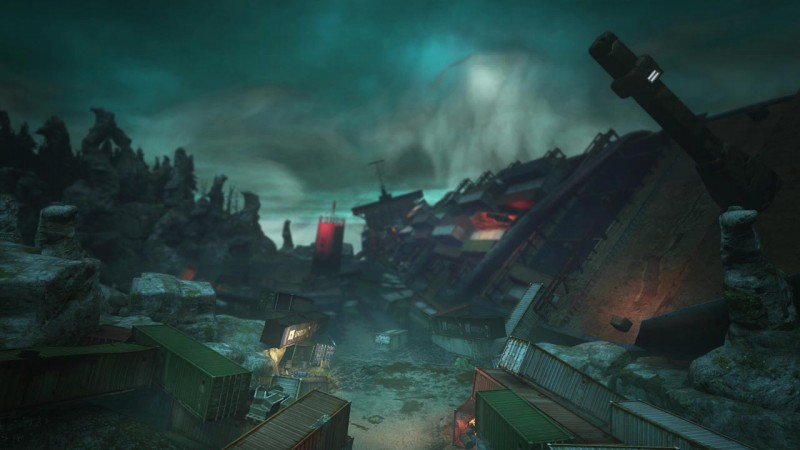 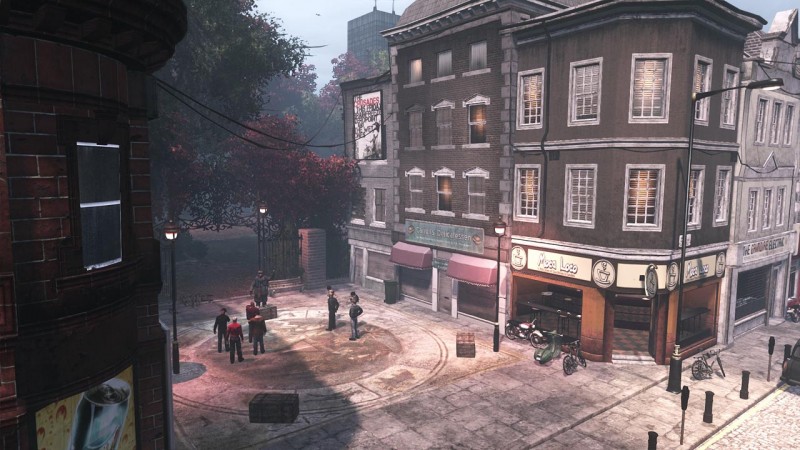 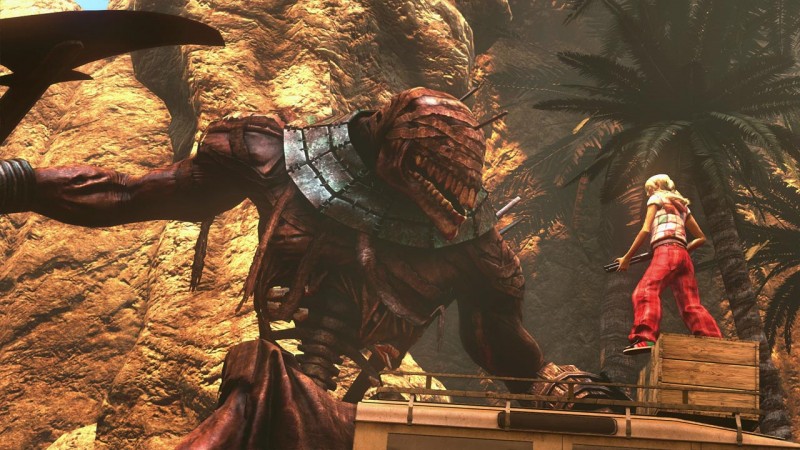 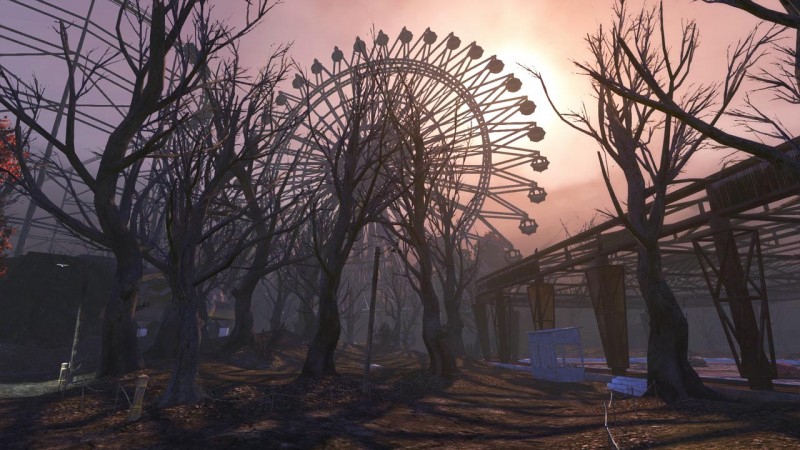