The Last Guardian made a big impression at Sony's E3 press conference, but we were also fortunate enough to see a behind-closed-doors demo of the title with extra gameplay footage not in the recent trailer.

The demo opens up with the boy protagonist in a room that looks like the interior of a castle or the kind of stone structure that we've seen previously from the game. As he walks around, bits of feather are a small clue indicating which direction to head in. Soon the boy walks into a courtyard blocked by a gate. The area is filled by the large form of the Trico animal resting as brightly colored butterflies flit about and shafts of light stream in from above.

The lowered gate, however, isn't your immediate concern. The animal isn't just resting; it's hurt. Two large, broken spear shafts are lodged in its back. The boy comforts the animal by gently stroking its muzzle before climbing up on its back. The shafts are as large as he is, and the boy struggles to pull them out. There are no onscreen prompts or icons, and we don't know what controls were used exactly to extract the spears, but when they come out Trico lets out a pained cry.

Barrels are scattered around the area, and the developer has said that throwing barrels may be used as a way to get Trico's attention. In the demo the boy throws a few barrels at the animal, who crunches and eats them. We're not sure if this serves as food of some sort or was just an example of how to interact with the animal for the demo. The boy also uses various voice commands during the demo, but the animal will have a mind of its own.

After munching on some barrels, the animal rears up, filling the room. The height of Trico allows the boy to climb up its back and access a gallery area above the gate. From here he can access a gate control on the other side so his friend can cross through.

Whereas the relatively tight areas of the building helped accentuate the large size of the animal, the next area the pair move into dwarves them both. They walk out into the light and into the area covered in the Sony press conference (see the video below).

Here the massive buildings of the larger complex of many buildings tower all around them as the sheer drop threatens them from below. In the light, the animal's individual feathers are noticeable in their detail, and more course fur extends down the tail. In both the darkness of the building and the brightness of the outside, the game's visuals are striking. The wind rustles through the grass and the boy's clothes, and Trico's feathers and fur bristle and move.

We also notice some small changes in the animal's appearance since on the PS3. The backs of its ears are blue, and the horns are more like turquoise. It's unknown if these colors are a result of something that happened in the game or are a new addition to the character's model itself.

After the sequence where the boy jumps and just catches the tail of the animal, creator Fumito Ueda points out that this is not a scripted event – the boy can miss the jump and fall. This makes us believe that the subsequent sequence where the animal struggles to climb up the side of the building, requiring help from the boy, is also an event that can end badly.

Earlier in the demo, Ueda said he wants to create "psychological stress" for players with the game's vertical environments. Well, with sequences like the near-death of the boy and his companion, The Last Guardian should create similar tension as the pair continue to try and escape their confines and their bond grows. Ueda says this is the fundamental center of the game, and it's clear that even through the game's long development process has kept us waiting, gamers' own affection for the title has only grown as well. 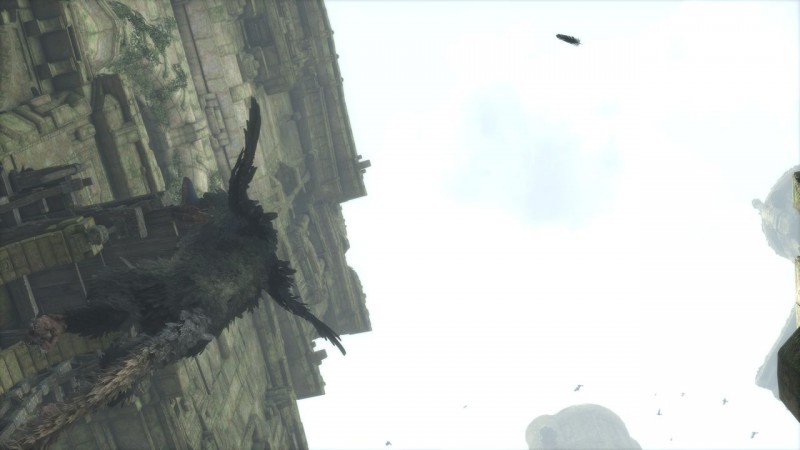 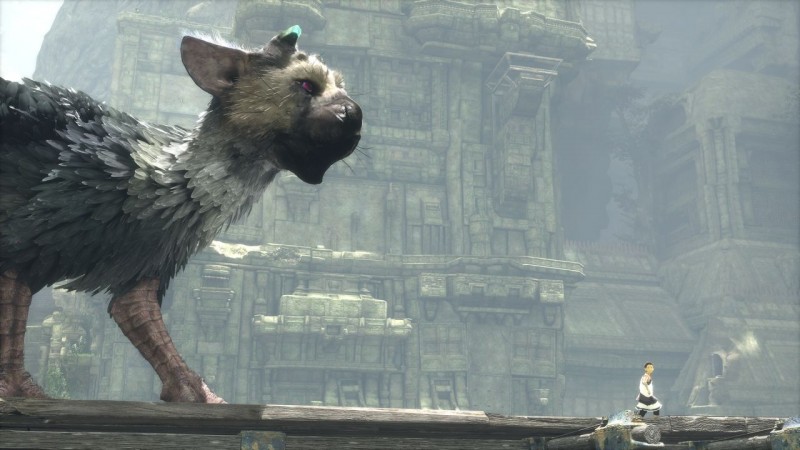 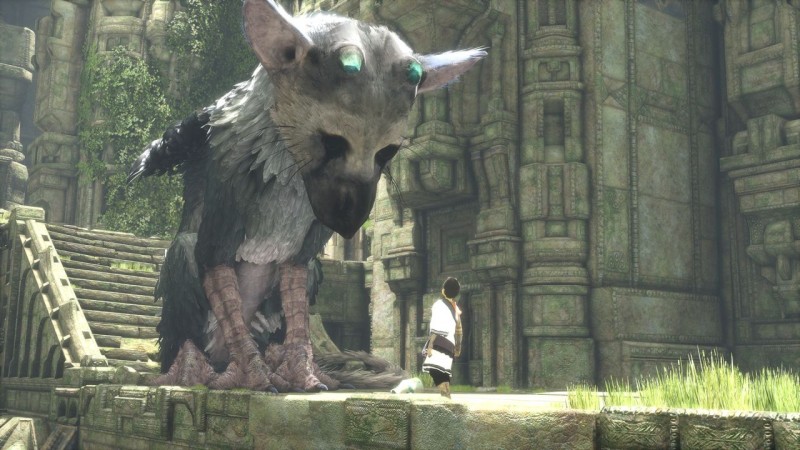 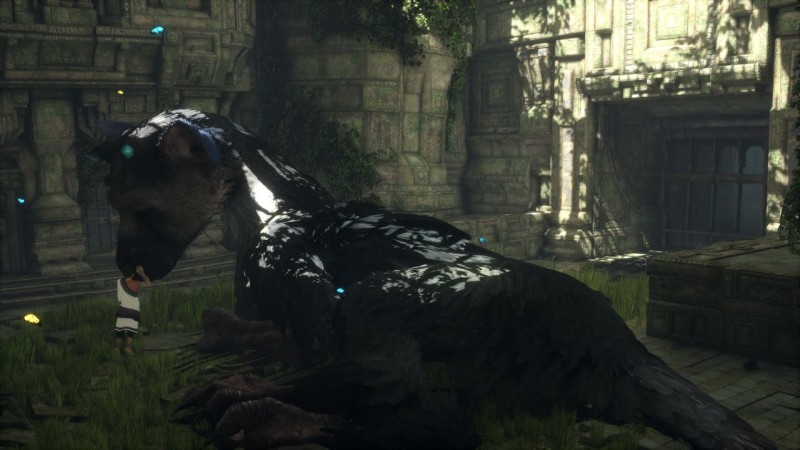 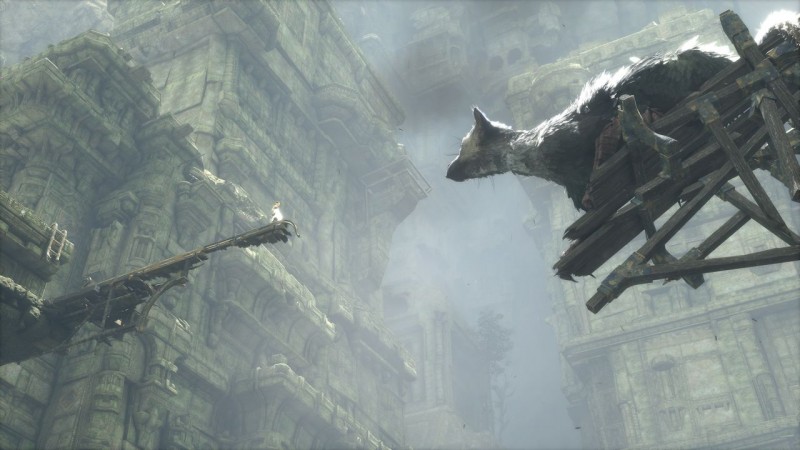 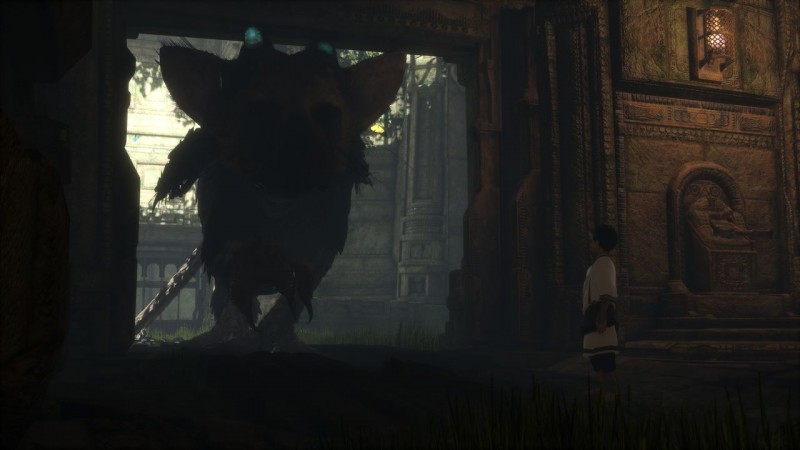 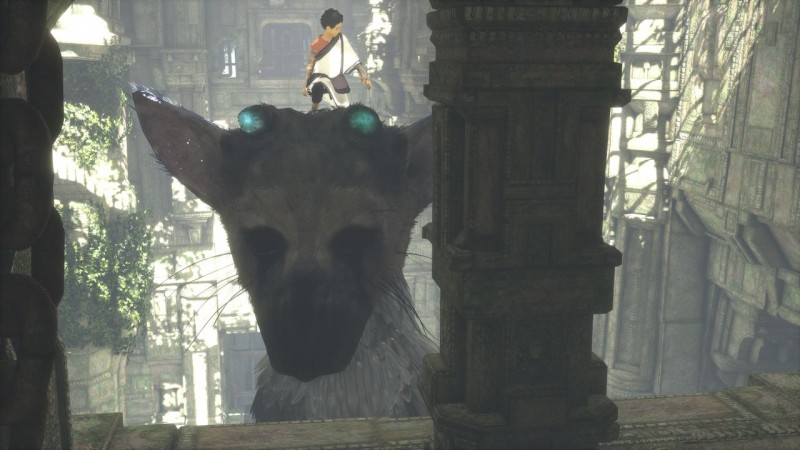 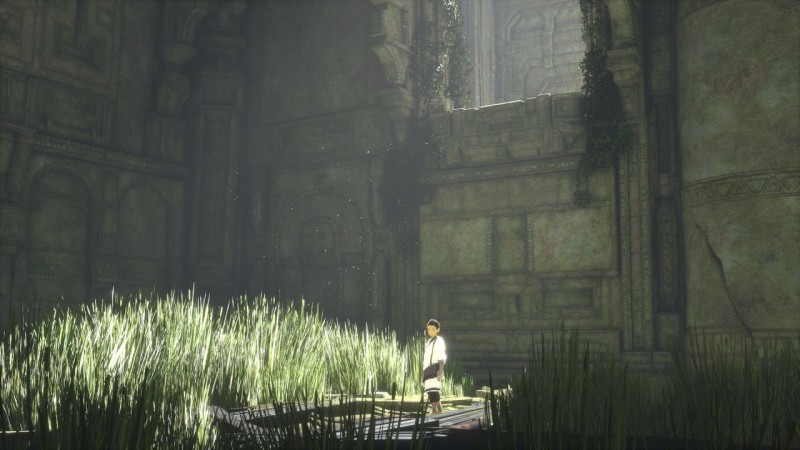