Supermassive Games, the developers of 2015's successful Until Dawn, have released a trailer for their new PlayStation VR title The Inpatient.

Set in the Until Dawn universe, The Inpatient takes place in Blackwood Sanatorium in the 1950s. The player takes the role of an amnesiac patient who has no idea why they are committed and must figure out their circumstances.

The game is scheduled for on November 21, 2017 exclusively to PlayStation VR. 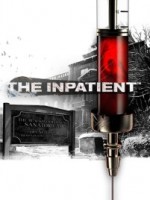