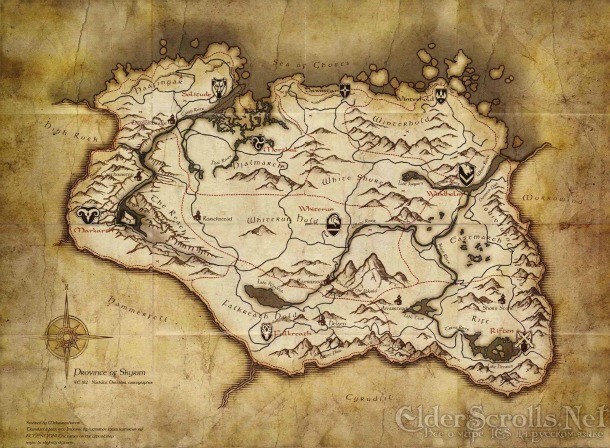 This is the territory where you'll spend hundreds of hours uncovering Daedric artifacts and slaying dragons.

Thanks to the folks at ElderScrolls.net and Lexmirnov.ru, we now have a glimpse at the land mass filled with dragons, wooly mammoths, and trolls where I'll be spending the majority of my winter. Not a ton of details can be extracted from the map, but it does feature nine cities – the same number of major settlements that were found in Oblivion. For comparison's sake, here is an image of Cyrodiil, the setting of The Elder Scrolls IV: Oblivion. 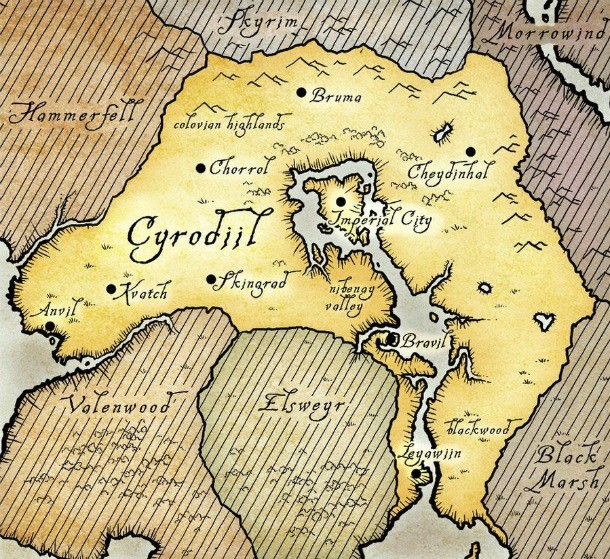 Though these two maps may not be the same scale, the territories don't appear to be radically different in terms of square footage. I can't wait to explore all the nooks and crannies of this unforgiving, mountainous terrain when Skyrim ships on November 11 for Xbox 360, PlayStation 3, and PC.