The Elder Scrolls Online Arrives On Consoles With Adventure-Filled Trailer
by Mike Futter on Jun 09, 2015 at 04:35 AM 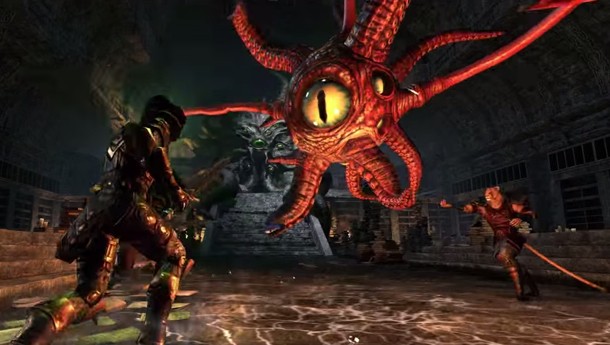 The Elder Scrolls Online is out today on PlayStation 4 and Xbox One. The title has undergone some changes since it was first announced, with system changes and the abolishment of the subscription fee.

With its console debut, you can purchase the game without worrying about an additional monthly fee. There are optional in-app currency transactions, however. If that piques your interest, you might also be curious to see the game in action on consoles.

As Elder Scrolls fans know, you can take a number of different paths (some of them simultaneously). The video above shows off some of them, including differerent branches of magic, like enchanting and potion-making.

For more on The Elder Scrolls Online, check out our coverage of the PC launch.