The developers at Zenimax Online Studios have promised an MMORPG that satisfies fans of the genre and Elder Scrolls aficionados. The team's pitch is a world stuffed full of content to explore, a combat system closer to an action game than a traditional MMO, and a de-emphasis on number crunching in favor of more organic character builds and interactions. Four hours with an early build of the game bore out the studio's claims for the most part, with some caveats.

Dropped into the starter zone for Bretons, Orcs, and Redguards without the benefit of the tutorial that Zenimax Online is still working on, my Breton templar quickly begins carving a heroic swath through mudcrabs and wolves in his aimless meanderings across the pirate haven of Stros M'kai. The main story thread involves a heist to acquire proof of a pirate lord's continued preying on Breton traders in violation of the Daggerfall Covenant, but in true Elder Scrolls fashion, I take a sharp left turn off the boat in search of whatever lies over the next hill.

Whoever leaves these chests stuffed with goodies scattered around Tamriel, I'm in their debt. The simple lockpicking minigame has just enough challenge to be a nice break from combat and exploration, and the loot often proves superior to the quest rewards I occasionally haul in. One-off quests appear on my radar as I draw near their starting points, and I have a grand time delving into Dwemer ruins, rescuing mad adventurers from themselves, and ending a goblin threat by assassinating their king.

One particular quest deserves mention: an exploration mission found by digging out an unmarked chest from under a wrecked ship. A note with cryptic instructions for buried treasure awaits inside. Its riddles demand some thought, since this special type of quest has no minimap pointers. I didn't finish it -- I was on a clock, and I wanted to see the next zone -- but I love how the quest log tracks your progress through the series of clues without giving anything more away.

Stros M'kai's finale dishes out a pleasant surprise: Several of the people I helped with their sidequests show up to aid me by giving me shortcuts around the pirate lord's defenses. One procures a servant disguise, another seduces his way into possession of a key to the lockbox, and a third provides me with an experimental Dwemer-powered stun gun. I would have been able to complete the heist without their assistance, but it's a wonderful nod in a genre that struggles with recognizing players' heroic deeds.

The interaction with these notable NPCs continues in the following zone, the Orc island of Betnikh. They show up to comment on and help me with a few storylines there, and I was gratified to see generic mercenaries tied to other players fulfilling the same tasks. Look how much cooler my experience is because I took the time to befriend these named characters! The change of scenery from Stros M'kai to Betnikh is welcome, trading scorched scrubland for lush forests. Experiencing the island's tragic history firsthand is one of the better solo adventures I've had in an MMO.

Throughout my four hours of play, I never once was asked to kill ten rats, collect twelve bear tongues, or find sixteen scattered relics. Every quest has a decent-to-good story attached to it, and every objective would feel right at home in Skyrim or Oblivion. I hope Zenimax Online can maintain this quality and variety throughout the game, because the questing I undertook in Elder Scrolls Online is a cut above any designer-scripted solo adventuring I've done in similar MMORPGs.

As much as I appreciate the chests and hidden quests in the wilderness, Elder Scrolls Online is unquestionably a more directed experience than the mainline single-player RPGs offer. Much like in a traditional fantasy MMO, Stros M'kai and Betnikh have clear storylines that weave through a defined path with some sidequests to distract you along the way. Experience levels mark milestones in your journey, defining which areas and quests you can meaningfully interact with. I don't personally have a huge problem with the structure; questlines in mainline Elder Scrolls games do much the same with less emphasis on minimap pins and geographical regions.

The interface is minimal in the extreme, keeping all the numbers under the hood and presenting health, magicka, and stamina as simple bars and displaying them only when below full - just like in Skyrim. A single stat determines the power of a weapon or armor of a piece of apparel, though magical equipment at higher levels obviously complicates things. Skills tell you how much damage they do when you're browsing them in the level-up interface, but the numbers are hidden in combat.

The action is as close to traditional Elder Scrolls combat as I can imagine an MMORPG being, given the realities of playing online. The mouse drives everything; it's always bound to your avatar's facing, left-click attacks with your weapon, and right-click blocks. The holy trinity of blocking, dodging, and interrupts -- all accomplished by spending stamina -- is the foundation on which the entire design rests, and it works beautifully. Power attacks are brutal, but stun the user if the strike is blocked. Charged-up or channeled spells ignore normal and power attacks, but can be interrupted with a bash activated by left-clicking while holding block. Directed or ground-targeted attacks generally ignore blocks, but can be dodge-rolled out of with a double-tap of a movement key. Skills are powerful and require significant chunks of your stamina or magicka bar to use. I found myself using one to three skills per encounter while the vast majority of my actions were basic attacks/blocks/dodges/bashes. The end result feels great, and lies closer to Skyrim than World of Warcraft. As enamored as I am with Elder Scrolls Online's combat in general, it's still an MMO. Collision and timing are necessarily much looser than in Skyrim and similar games. ESO lacks the intimate brutality of Skyrim's melee, though the newly unveiled first-person view narrows the gap significantly at the expense of tactical awareness. I can't vouch for its long-term appeal, as the encounters in the newbie zones are purposefully easy to overcome, and I only saw a tiny fraction of the huge variety of skills in the game.

There's much more to an MMO than the newbie zones, storytelling approach, and basic combat that I experienced firsthand. The team at Zenimax Online is saying all the right things about supporting different playstyles, encouraging players to play together rather than remaining solo throughout the whole game, and the many other elements that go into a successful MMO. The crafting system seems interesting, and progression looks to be a good foundation for open-ended character building (see sidebar). The open-world persistent PvP warfare in Cyrodiil has huge potential; I can see a long and healthy lifespan of alliance-versus-alliance siege warfare across a zone nearly the size of The Elder Scrolls IV: Oblivion. For now, I'm reassured that my first hands-on playtime supported the team's claims about combat, questing, and storytelling as much as four hours in an MMORPG can. 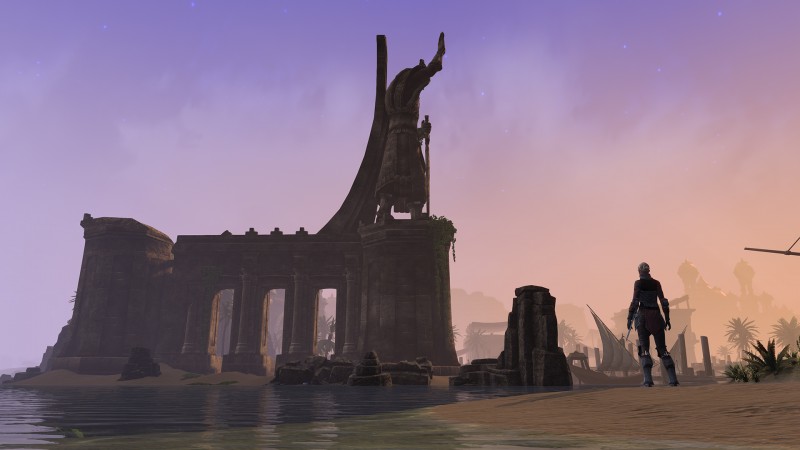 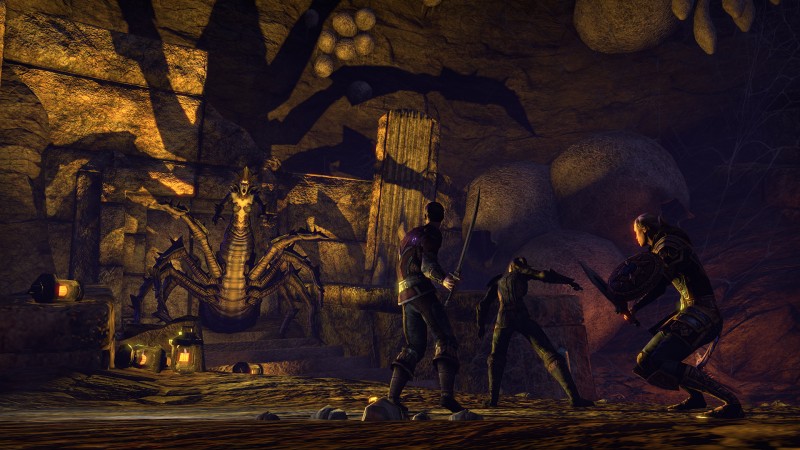 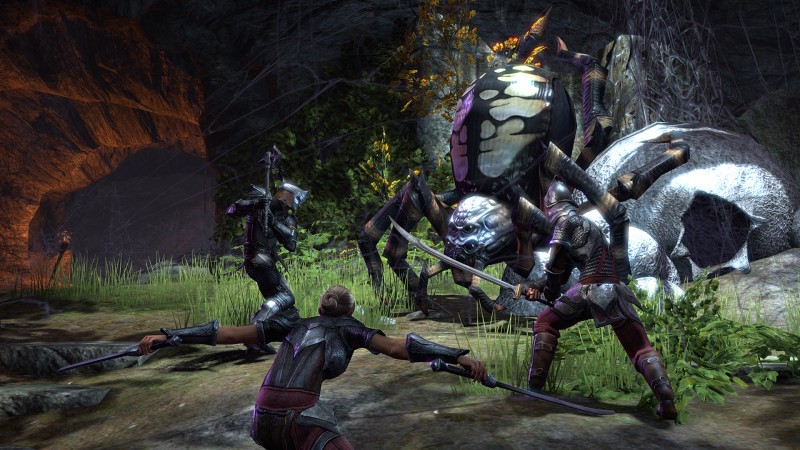 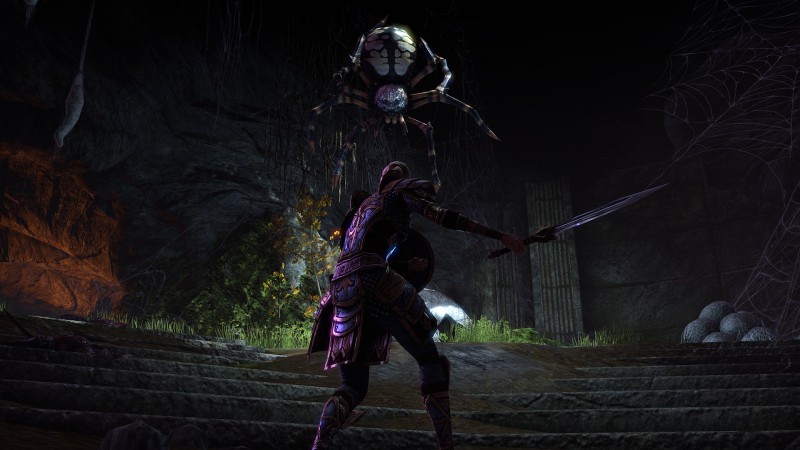 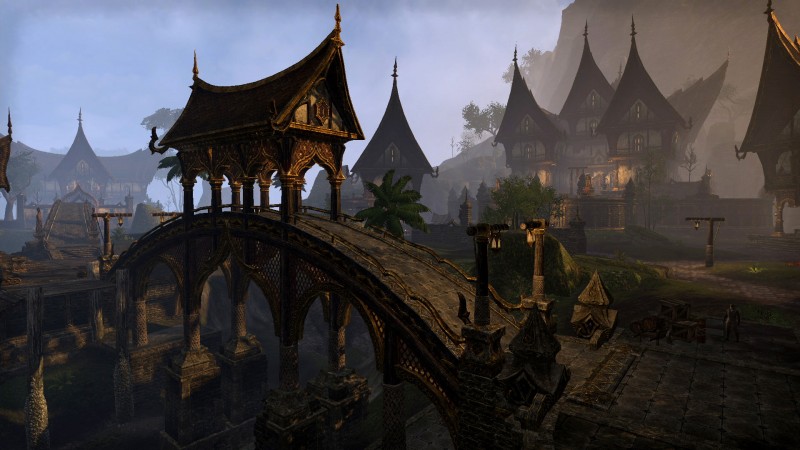 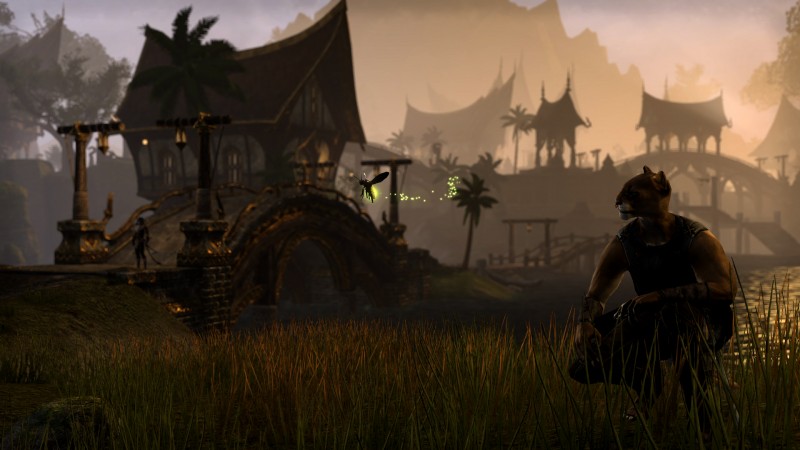 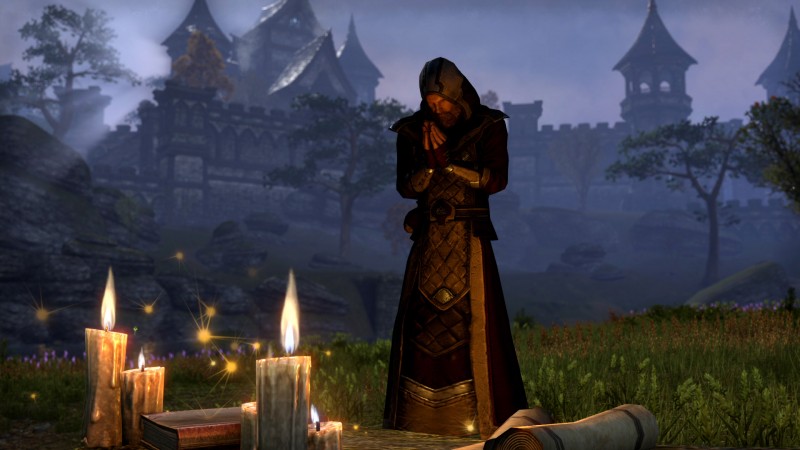 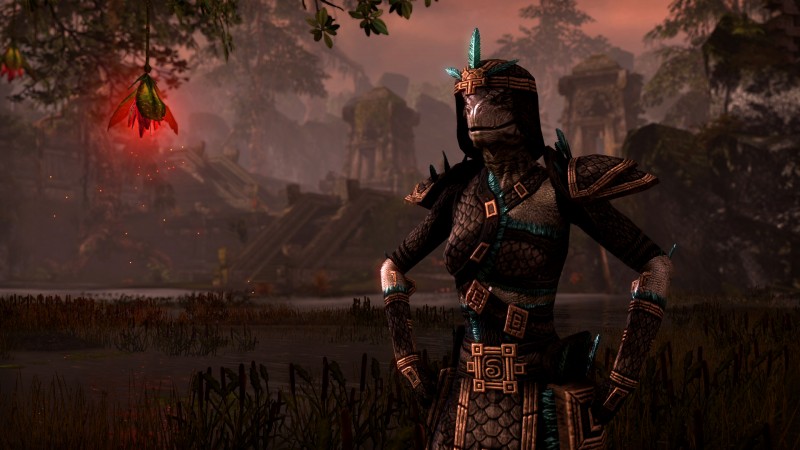