Ubisoft has released a trailer for a four part live-action series set in the universe of The Division called The Division: Agent Origins. The series was produced as a collaboration by Ubisoft, Corridor Digital, RocketJump, and Devin Supertramp, all of which have created video game-related Youtube videos filled with action set pieces and special effects.

The teaser for Agent Origins shows off New York right as the world is falling to pieces, with rioters and military outfits exchanging gunfire and setting fire to diseased bodies. A gruff narrator explains the situation as images of death and carnage fly by.  "When society fails, we rise," he says. You can watch the trailer here:

If you dig the trailer, you can go ahead and watch the series of short films here:

The game itself will be out on Xbox One, PlayStation 4, and PC on March 8. If you want to see how it looks in action, you can check out our Test Chamber for it. 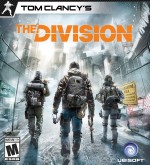