The Nords of The Banner Saga aren't living the idyllic Viking life of raiding coastal towns and throwing big parties with the spoils. Over the course of the last two games, we've seen their numbers diminish rapidly as a mysterious force called The Darkness takes hold and pushes an army of Dredge across the region. The third game begins at a point where hope is scarce and the humans and Varls have their backs up against the wall.

Banner Saga 3 picks up at the end of the second game, with one caravan marching heedlessly into the Darkness while the other takes up a defensive position at Arberrang, the last bastion for the humans. The story swaps back and forth between the two. Iver's caravan, Juno, and Bolverk's Ravens take their uneasy alliance into the unknown to try and end The Darkness, while the others try to stay alive as long as they can to buy the others time. The game supports many endings that could see you lose all the heroes, lose Arberrang but purge the evil, and everything in between. Stoic wants to make sure players feel their choices have mattered across all three games rather than give a binary choice at the end.

Enter The Darkness
Our demo joins the group heading into the darkness, and it's clear from the get-go that this alliance is on a weak footing. Right away the group comes into a dispute where I choose the option of intimidating the Ravens to follow along with our plan. Iver growls "who wants to be first?" And the Ravens immediately back down. The crazy purple lighting that struck just behind our hulking hero may have had something to do with their reaction.

Suddenly the group finds themselves surrounded by mutated enemies, and we get our first taste of how combat in this mysterious realm differs from the norm. Just like the buildings and landscapes are warped here, so are the living things. Warped Varls, spearmen, and raiders all have heightened statistics and passive traits that make them more formidable. That shouldn't make the threat too overwhelming considering your heroes have been upgrading their skills over the course of two games.

Since the game is a race against time, developer Stoic Games has added a wave mechanic in the darkness realm. For each turn-based battle, you have a timer that counts down until another wave of Dredge bears down on your position. This creates an interesting risk/reward to these battles, as holding your ground through a second wave is the only way to earn new items in this realm. Before each new wave starts, you can reposition your party to make sure they're in the best position to succeed.

During these wave battles, the Valka spear that Ivan recieved at the end of Banner Saga 2 comes in handy. The spear fills with up to three charges players can use to unleash a chain lightning attack. Just like the willpower attack in previous games, but anyone in the party can use the spear attack.

New Faces In The Fight
This is the first game where players can take control of Juno as well, and she brings a unique dimension to the fold. She can turn into a ghost during battle to gather the darkness energy to gain strength and willpower. If the player loses the battle while she's in the nether region, then they lose, so she needs to get to as many energy spots as she can and get back to her body before the battle is over. Players will learn why she can take this ghost form and come to understand what's going on through the course of the narrative.

Juno is just one of the new playable characters in Banner Saga 3; all told players have more than 40 heroes to choose from, each with unique skills, passive abilities, and storylines. For the first time, the cast includes a playable Dredge character, and the Varl historian Ubin can finally join your party for the last stand. Another new face, Alfrun, is a witch who can add strength to fellow party members during battle and deal massive damage from afar with a swooping "ride the lightning" attack.

Stoic wanted to give the game a sense that the characters earn their nickname through accomplishments, so once you get your characters to level 10, you can spend renown to give your characters heroic titles. For instance, the options available for Bulwark the Dredge character are Bulwark Bloodletter, Death's Messenger, Dredge Breaker, Monster Killer, Oath Maker, or Shadow Walker. Each title has five ranks you can unlock, and they all impart passive upgrades like resist willpower damage, increased strength damage, etc. Once you choose a title for a character you can't change it, and it becomes unavailable for other characters.

The Last Stand
After the battle in the darkness realm comes to a close, the story transitions back to Arberrang. Here, we see the city largely surrounded by the Dredge, with the darkness creeping closer and closer each chapter of the story. This caravan won't be journeying out of the city during the course of this game; instead, they must dig in their heels and get ready to defend the city at all costs while trying to avoid the infighting that has a tendency to break out when the outlook is this bleak. Based on your decisions, the city will change dynamically. Perhaps revolting people will start fires within your walls, burning down districts. You have clickable events to check out that evolve based on the circumstances the city faces.

Arberrang has three rings of reinforced walls, which makes me think the dredge will inevitably breach and pour through the opening. Sure enough, the commander of the dredge forces unleashes a chain attack to pull down the outer walls. As the dredge advance between rounds, you will see the city change visibly – and not for the better.

Look for The Banner Saga 3 on PlayStation 4, Xbox One, Switch, and PC sometime this summer. 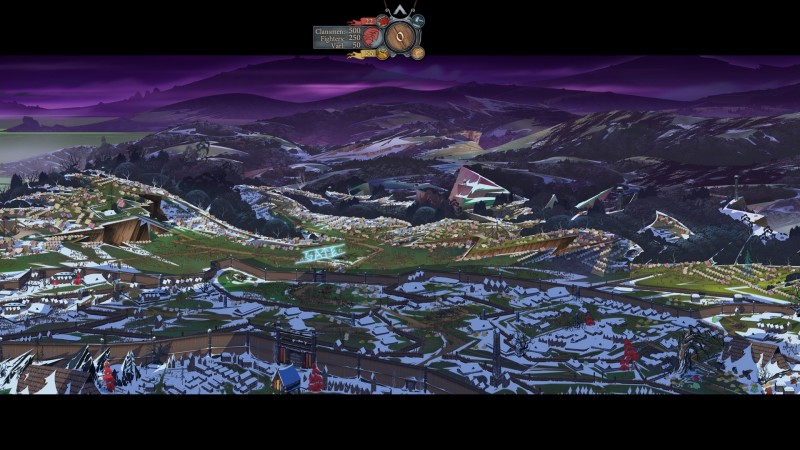 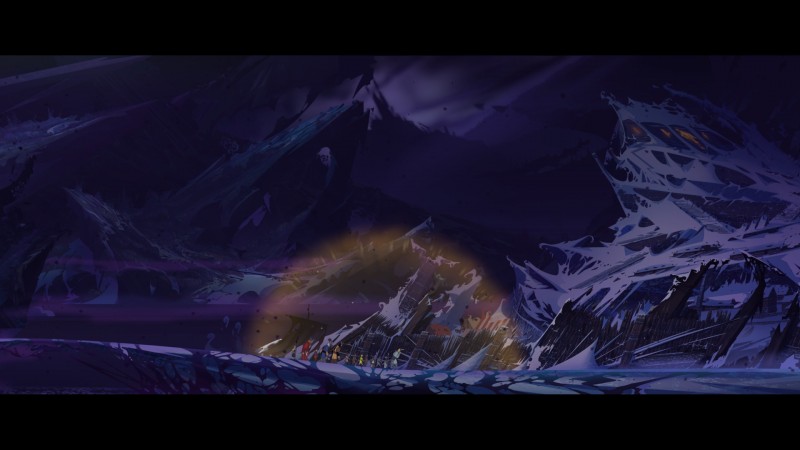 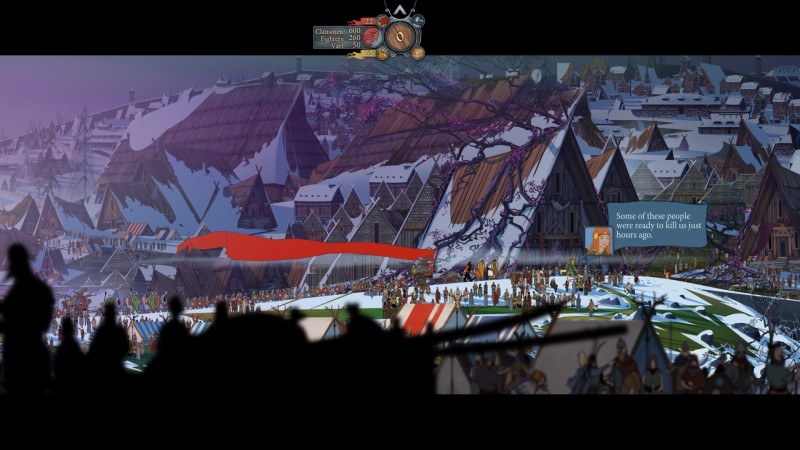 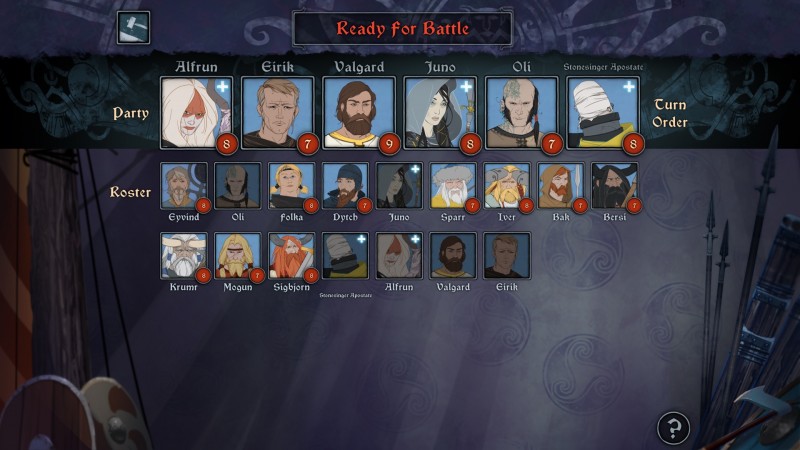 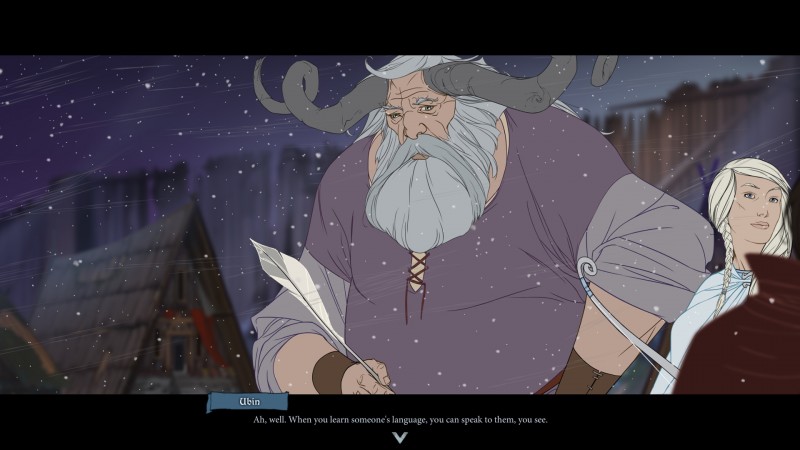 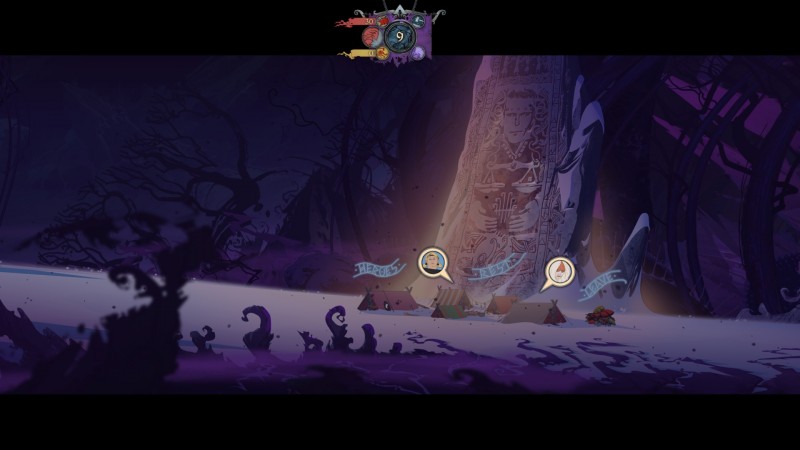 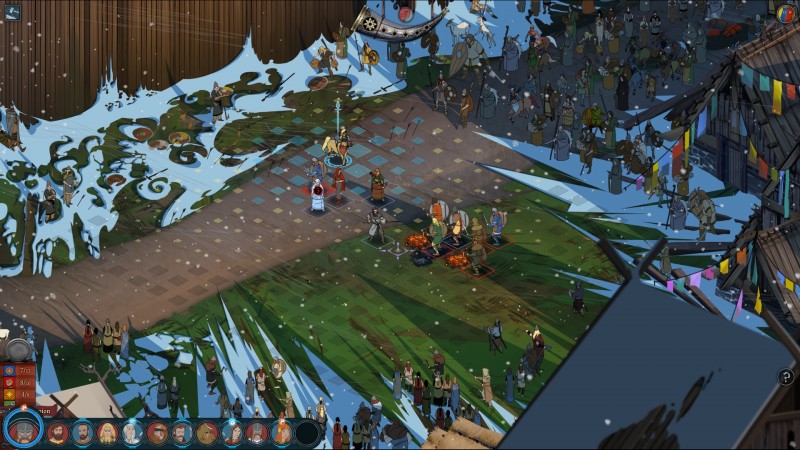 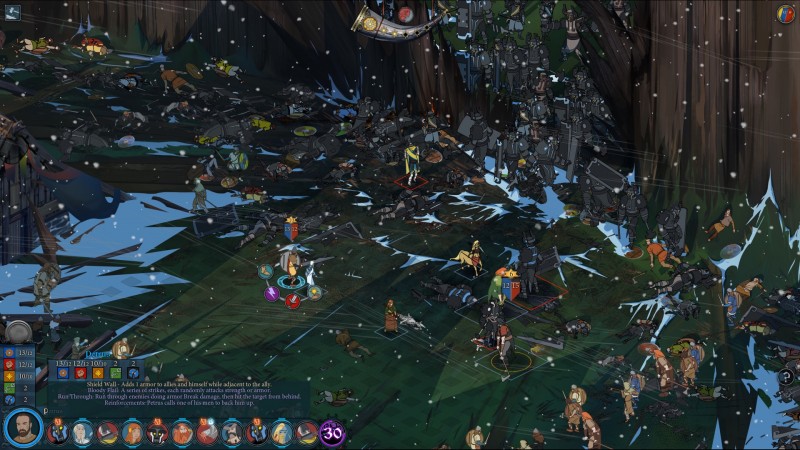 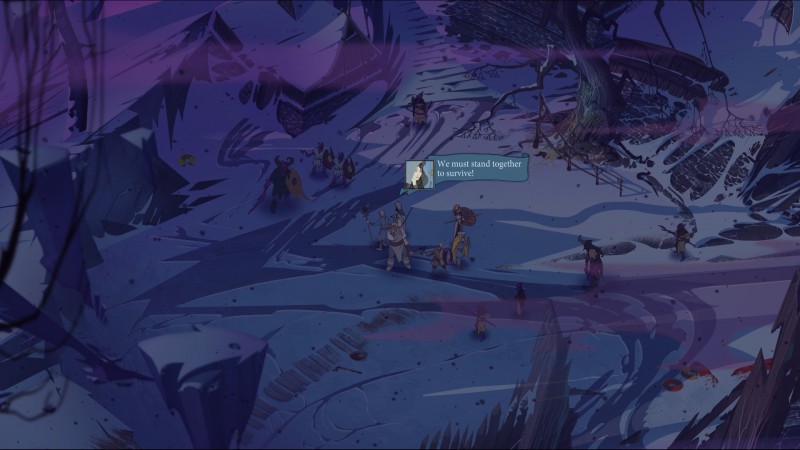 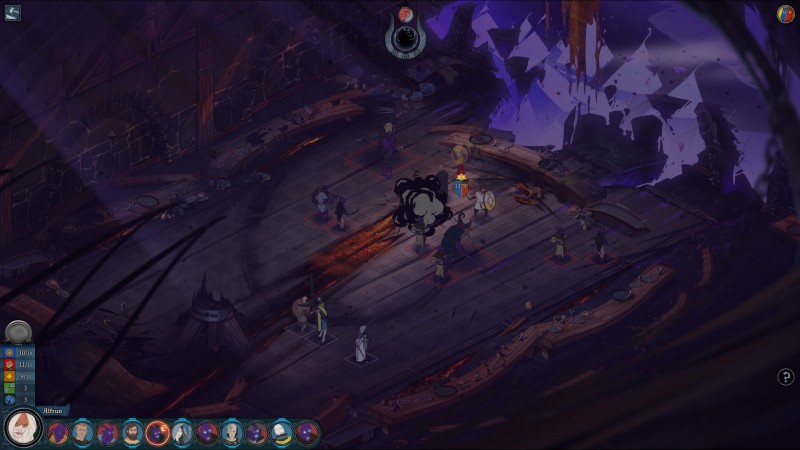