The Banner Saga 2 launches in just under two weeks. Developer Stoic has released a launch trailer for the Viking-inspired strategy title, featuring a look at some fresh combat from the game as well as some all-new cinematics.

Developed by a trio of Bioware alumni, The Banner Saga 2 is the second installment in the tactical role-playing series based on Norse mythology. Like its predecessor, The Banner Saga 2 blends turn-based strategy combat featuring permadeath consequences with narrative-based moral decision making, all rendered in hand drawn 2D visuals.

The title introduces new characters to the series as well as a new race, the centaur-like Horseborn. You can read more about the game's new and returning cast of characters in issue 277 of Game Informer magazine.

If you want to learn more about The Banner Saga 2, read our hands-on preview. If you missed out on the first Banner Saga, read our review or watch our Test Chamber of the console version.

The Banner Saga 2 comes to PC and Mac on April 19. A release on PlayStation 4 and Xbox One is planned for July. 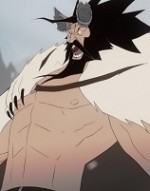