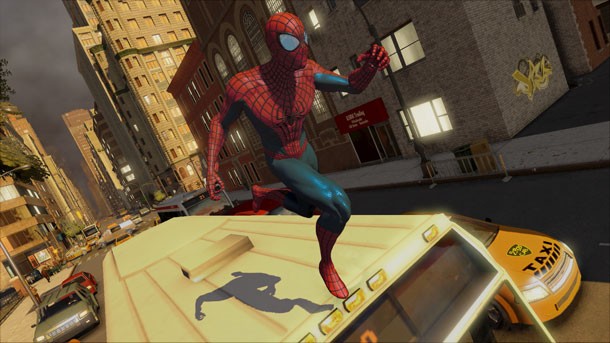 Beenox has been working on the Spider-Man license for some time now, slinging out games including Edge of Time, Shattered Dimensions, and, most recently, The Amazing Spider-Man. For the game based on the new film, the studio isn’t taking the systems that it’s established for granted. Instead, they’re revamping everything from the way Spidey gets around to what he does once he gets there.

In previous games, Spider-Man would effortlessly swing above the streets of Manhattan via an automated web system. It worked, but holding down a button and steering on a course didn’t really nail the fantasy of being the red and blue-suited hero. Now, webbing is tied to the left and right triggers. Hold left down, for instance, and you’ll swing forward for a bit before gaining altitude and listing to the left. To move forward in a controlled and speedy pace, you need to alternate between left and right web shots. It’s jarring at first, but I quickly got into the rhythm of things. It’s more satisfying to get around, since you’re timing when you alternate your webs, and when you release them to gain and maintain the maximum momentum. Spidey spends the majority of his time above the skyline, so anything that improves that aspect of his characterization is welcome.

In a demo of a story mission, I saw a few of the other new systems in play as well. The section begins as Peter Parker enters a private fund-raising event. Players get to control Parker, which Beenox says is something that will be part of the overall experience. He’s there to propel the plot along; when it’s time to fight or save people, he’ll need to don his costume. Parker runs into Harry Osborn, and they begin to talk. Players can choose between several dialog options. The conversation turns to the Fisks, and how Osborn thinks they're into illegal activities. Just then, a waiter walks by with a tray of drinks. Parker’s spider sense kicks in, and he knocks the tray over before Osborn can take what could have been a poisoned drink.

Peter slinks off, and puts on his spider suit. He follows the waiter backstage and eventually runs into some Russian mobsters. That’s Spider-Man’s cue to show off some of his new moves. The crew includes a bruiser, who has to be immobilized with a charge attack before he can be damaged. That’s easier said than done, considering he’s got a few buddies along with him. Spidey can do a variety of web and physical-based moves, including one where he positions himself between two opponents, webs them both in the face, leaps in the air and pulls the line taut – causing them to bonk their heads together.

Once they’re defeated, I see a stealth-based sequence. Beenox has designed these to be less linear than in past games, so players can choose their own paths as they remove each guard from play, one web cocoon at a time. The goons are guarding an experimental suit, which just so happens to be sized perfectly for Spider-Man. Just when he thinks he’s going to get away clean, he’s caught by a new speedy enemy archetype. As her name suggests, she’s quite quick, and her blades are sharp. Players who may have gotten through earlier battles by button mashing will have to learn how to effectively dodge roll and use web pulls to succeed.

Spider-Man is seen as a hero by some, and a threat to others. A new hero system has been implemented into the game now, which should keep players on their toes. Missions will pop up on the minimap as players progress through the campaign. They can be ignored, but at a cost. If you encounter a building engulfed in flames, for instance, Spider-Man can play the hero by using his spider senses to navigate through the smoke and carry out unconscious victims. His bravery will be recognized through a special segment on the Bugle Channel, featuring anchor Whitney Chang. It works the other way, too. Fail at a bomb-disposal mission, and J. Jonah Jameson will take to the airwaves, wondering why Spidey didn’t call the police instead of trying to figure it out himself.

As players gain more acclaim or notoriety, they’ll be treated differently. Civilians will clap when they see the heroic Spider-Man, but they’ll run at one that’s seen as a public menace. Oscorp will send out drones to attack Spider-Man, and he’ll even face penalties to damage and other stats. In other words, it doesn’t pay to blow off the people of New York. They need a hero, and you’re the closest thing they have to one. 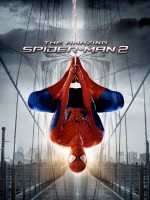