The latest Korean import is clearly a cut above the wave of free-to-play shovelware that crossed the Pacific a few years ago, but can it stack up against triple-A western competition? At the very least, the combat certainly can.

Tera’s PvE experience through the first dozen levels or so is simple: Boring, by-the-numbers MMO quest design and walls of text telling a bland high fantasy tale getting in the way of the best combat the genre has ever seen. There aren’t enough superlatives in the English language to adequately express how tired I am of these kinds of bog-standard MMO kill/collection/delivery quests, but none of that matters in the slightest once my warrior pulls out his twin swords and starts going to town.

Autoattacks don’t exist in Tera. The closest analog is your basic left-click attack, which in most cases recharges your MP every time it connects. Standing there spamming left-click and firing off abilities as they come off cooldown will get you dead in a hurry, though. Attacks have ranges, and collision between entities in the world works just as you’d expect in a third-person action game. Some of the first monsters you fight love using a charged-up attack that teaches you in no uncertain terms that standing still is death. By level five, I was dancing around enemies using evasive rolls, basic strikes, and a mix of special attacks to murder my way across the Island of Dawn. Even garden-variety monsters punish a passive approach to combat with serious damage; only by timing my attacks well and avoiding the nastier assaults pointed in my direction was I able to keep a respectable kill rate and minimize downtime. Different encounters require different tactics, so I was often forced to think on my feet when engaging a new monster or group for the first time.

The whole trip through the newbie island is glorious. I have no problem crowning Tera’s combat system as the best I’ve ever come across in an MMO. The visual and audio impact sells the explosive action, and player skill is demanded and rewarded. Boss fights -- thankfully present within the solo progression -- are great fun, with spectacular attacks and epic clashes between seemingly overpowered opponents even at low levels. I have some concern about having several special strikes that are minor variations on “use sword on monster,” but so far each has had enough of a niche in combat.

The basics of MMO social interaction and other UI conveniences are handled well. A handy looking-for-group tool makes finding parties for dungeons or BAMs (Big Ass Monsters. No joke, this is the term the game uses. Think outdoor raid bosses) relatively painless. Guilds are well supported with shared bank storage, guild quests, guild perks, and more. An unfortunate chat bug nukes large swathes of conversations when switching between chat tabs, which is doubly frustrating when trying to escape the unbearably horrific general chat on the newbie island. Outside of that (hopefully soon-to-be-fixed) bug, though, I’m extremely happy with how Tera handles MMO conventions and the player expectations surrounding them. Crafting, so far, is the usual “stare at interface window while progress bar fills up” money sink common to many MMOs. Gathering (the entirety of which is open to all players, no choosing between mutually exclusive professions necessary) on the other hand is a nice diversion while questing, and gives useful short-term buffs as well as money on the well-implemented auction house or grist for grinding out your own crafting skills.

Tera is well-executed on a technical level as far as I can tell. I’ve had no problems whatsoever with lag or my framerate. The servers have been stable with the exception of yesterday’s aborted upgrade, which gets somewhat of a pass since the game technically hadn’t launched yet.

In case you haven’t seen a screenshot of the game yet (there are several on this very page! What’s wrong with you?), rest assured that Tera is gorgeous in world design, animation, and every other way. The costume design for female characters is salacious even by fantasy standards, though, which strikes me as needless adolescent locker room fetishization of the female form, even if it’s nothing most gamers haven’t seen before. However, the awfully young-looking Elin race and their tiny dresses cross well into the realm of bad taste. I’m not one to go on crusades about gender politics, but the visual design of the Elin design is over the line for me. The story may be banal and the writing average at best, but clicking through quest text without reading it except to click the hotlinked quest objectives so they show up on the map is a small price to pay to get back into Tera’s flat-out amazing combat. I’m excited to see how the PvP shakes out -- the potential is immense, especially with the player politics system that allows guild leaders to become governors of territories or even dictators over entire continents. For now, though, I’m having as good of a time leveling up and genociding my way through a solo progression as I’ve ever had.

Stay tuned for more on Tera as I get further in the game. Just don't expect a formal review -- we decided long ago that MMOs are practically impossible to assign scores to, as the nature of the genre makes them moving targets. 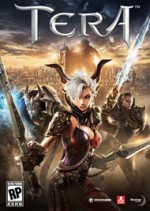