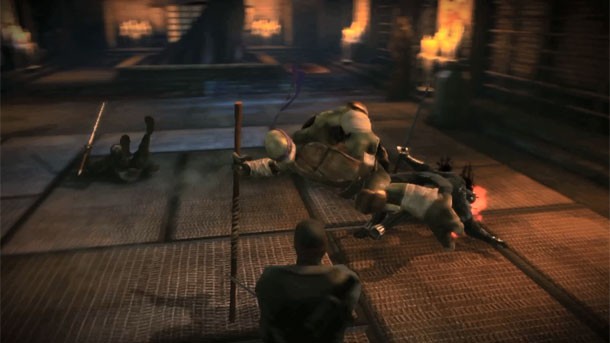 Gamers of a certain age are undoubtedly familiar with the Teenage Mutant Ninja Turtles. The heroes in half-shells were impossible to avoid, dominating toy shelves, movie theaters, clothing racks, and even pies and other baked goods in the early 1990s. Now Nickelodeon is bringing the foursome back in a big way via new shows, toys, and other merchandise, and Activision is aiding in the resurgence.

Teenage Mutant Ninja Turtles: Out of the Shadows is an all-new downloadable game set for a summer release. We got an early look at the game, and it seems as though it offers something for new fans as well as old-schoolers.

It’s tough to look at the game without drawing comparisons to the classic arcade brawlers based on the license. The presentation is updated – a rotating camera replaces the strict 2D vantage points of yesterday – but the combat looks like a logical extension of those past releases. That doesn’t mean it’s a quarter-sucking button-masher, however. In our demo, we saw some of the game’s combos in action, as well as how teamwork makes its way to the game.

After looking at past Turtles games, developer Red Fly felt they didn’t take full advantage of the character roster. They were either single-player affairs, or players were locked into a specific character once they made their decision. With Out of the Shadows, the entire team is getting its due. Activision isn’t talking about other characters, but they would say that some old friends – and foes – appear in the game. Whether that means they’ll be cheering or booing in the background or as part of the action remains to be seen.

Players can now swap between each of the turtles with a press of the d-pad. Activision says each turtle plays differently, so a beefier character like Raphael methodically demolishes foes with his sais, as opposed to the smaller (and faster) nunchuk-wielding Michelangelo, who does so with an acrobatic flourish. The combo system allows players to extend the amount of damage they deal to enemies by swapping characters in the middle of their barrages. We saw a team move in action, too, where two of the turtles bashed their shells together – smashing a Foot Soldier in the process.

We only got to see one environment – a dank sewer – but Activision promises more variety for the finished game. Levels are more than cosmetically different, too. The turtles can swing on poles and other interactive elements during their mission to clean the streets of the Foot.

Activision has a multiyear contract with Viacom, which means we may be seeing more of the quartet in the future. In the meantime, turtle fans – both new and old – could have a reason to emerge from their shells with Out of the Shadows. 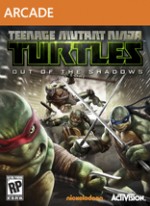