Watch Two Minutes Of System Shock Remastered Pre-Alpha Footage
by Andrew Reiner on Mar 14, 2016 at 11:30 AM

Night Dive Studios' forthcoming remake of System Shock is apparently coming along well. The developer has released two minutes of pre-alpha footage that shows off the flashy new visuals and tone of this modernized version. And no, System Shock Remastered is not the System Shock game that launched late last year on GoG. That version is System Shock: Enhanced Edition, and boasts higher resolutions, mouse look support, and bug fixes. Remastered is a new take on the classic Irrational and Looking Glass game.

Night Dive begins the video with a disclaimer that the footage shown is just work in progress from the pre-alpha build, but it's already looking like an upgrade, especially in the ambient lighting and animated objects. Night Dive included a note with the video that says the dev team aims to "keep the new game true to the classic experience, keeping all the things you loved, while updating the user interface and graphics to use a modern day engine (Unity)." 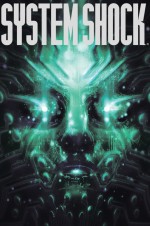