Capybara’s Super Time Force is out in just a few days, and everything we’ve seen (and played) of it is fast, frenetic fun. That’s why this latest trailer, focused on slow motion, is an interesting change of pace.

In the video, you’ll get a look at some of the varied environments and members of the time-hopping team. The trailer is set against the music 6955, the artist who has created the soundtrack for the title.

Super Time Force arrives on May 14 for Xbox One and Xbox 360. 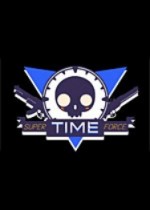