Nintendo announced a brand-new Super Smash Bros. title headed to both its Wii U home console and 3DS handheld at its Nintendo Direct presentation this morning. Two challengers enter the ring for the first time in the next Smash Bros., but you can expect more competition to select NES-era Mega Man than Animal Crossing’s Villager.

Nintendo did not elaborate on the relationship between the two versions of the game, though one part of the cinematic trailer it showed had Mario shedding his low-res form to take on his high-def Wii U appearance. This could imply some kind of cross-platform play, but it would be unusual for a company to tease such a feature without coming out and saying it exists if indeed it does.

The Villager from Animal Crossing deployed a number of adorable attacks in the video, bashing rivals with potted plants, chopping trees down, and carving holes in the ground with a shovel. Mega Man called on the aid of his trusty robot dog Rush, and also summoned the powers of many NES-era Robot Masters in battle. The Mega Buster is front and center in his arsenal, but you can look forward to calling on Metal Blade and much more. The weapons shown include:

Nintendo also announced that the official site and Miiverse community for Super Smash Bros. is open as of the end of the Nintendo Direct presentation, so you can go chat with fellow enthusiasts there if our comment section below isn’t enough for you.

Super Smash Bros. is set for a 2014 release on both Wii U and Nintendo 3DS. 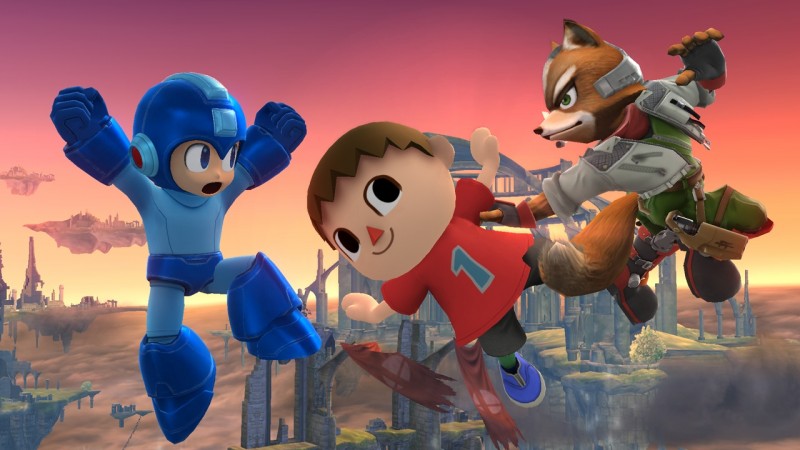 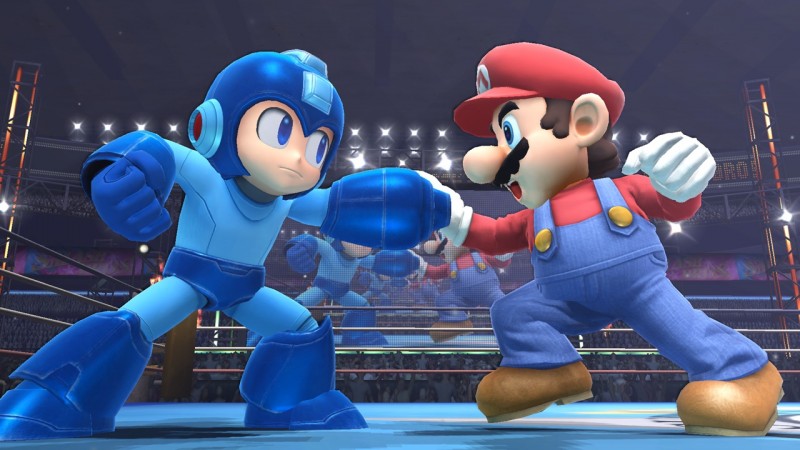