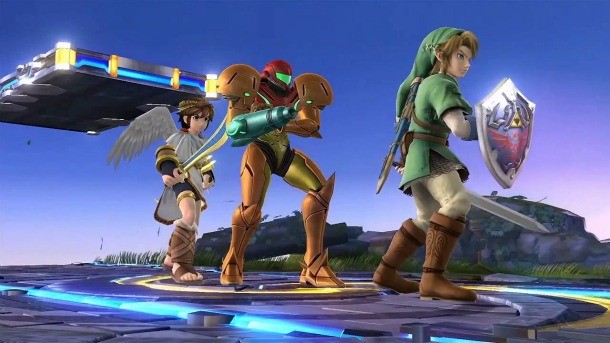 Super Smash Bros. director Masahiro Sakurai went on video to give a deeper look at the upcoming four-player fighting game for Wii U and Nintendo 3DS.

Sakurai lends some additional insight to the three new fighters in the video below. The Villager from Animal Crossing can pick up just about anything, from Mario’s fireball to Samus’ charged shot, and throw it back at his attacker. He can also dig a hole that immobilizes an enemy that steps in it, setting them up for an otherwise hard to connect with (but highly damaging) bowling ball drop.

Mega Man carries over his Mega Upper shuryuken-like attack from the Marvel vs. Capcom series, and deploys his robotic dog Rush as his air-jump boost. Most of the Robot Master weapons that Mega Man uses work as expected, but the iconic Metal Blade can stick into the ground and be picked up by Mega Man or another fighter for use as a one-off weapon.

According to Sakurai, the Wii Fit Trainer “uses various moves that she thinks will contribute to her health.”

Super Smash Bros. was just unveiled at this year's E3, and comes out on Wii U and Nintendo 3DS next year.

Visit our E3 News Headquarters for all the stories from the show.
.