When Super Mario Maker was first teased, it seemed like a dream come true. Players could finally make their own platforming levels using aesthetics from four quintessential Mario games. The game wasn't anchored to the ruleset of those original titles, allowing for creations that bordered on bizarre or frighteningly difficult.

This smash hit is finally going portable on the 3DS. I got to play a few levels of this port, which played just as smoothly as they did on the Wii U, even if a few features from the console version didn't make the cut.

The big draw here is new challenge levels Nintendo has cooked up for this port. These new courses come with medal objectives that, if met, allow you to customize the level you just beat. This seems like a great stepping stone for those who want to dip their toes into making their own courses rather than jumping in with a blank slate. All the features from the post-release Wii U patches that added checkpoints and keys are available, so players can create complex levels easily.

There are some things that don't carry over from the console version, particularly deliberate online sharing. Instead of relying on the cumbersome course ID system which required you to enter a long alphanumeric code to play specific stages, the 3DS version uses StreetPass to allow players to share their designs locally. Sharing can also be done via local wireless and levels shared can be edited by multiple people. So while you can't share your levels with people across the world, friends are now be able to play each other's courses more deliberately. Stages that were uploaded to the Wii U version will be playable on the 3DS, though the only search function shown so far is for recommended courses.

Some of the key features that made the Wii U version shine are notably absent from this port. Besides the online sharing, Amiibo support was also dropped leaving this version a little toothless by comparison. These figures gave access to the Mystery Mushroom which would transform Mario into other Nintendo characters. With over 88 Amiibos supported in the previous, the lack of the extra content will be felt by anyone who used the Wii U release.

Whether you want this game or not will come down to its portability. This version of the game is for people who have inspiration strike while they're on the go, whether it's traveling by plane or just being in a different room than your TV. The engine used to create levels is the same as the Wii U, simplistic yet allowing for nearly endless customization. Unfortunately many of the bells and whistles from the console aren't making it to this port, but the base game that captivated so many people is still intact. Being able to create courses anywhere should result in some awe-inspiring level design. 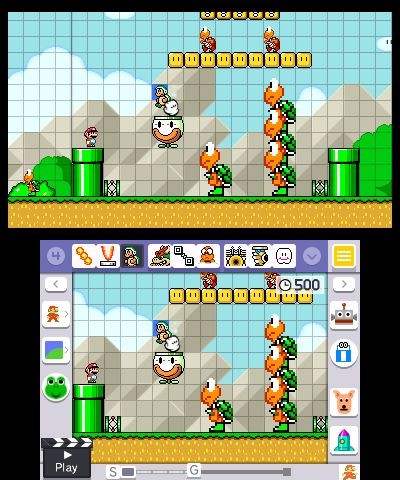 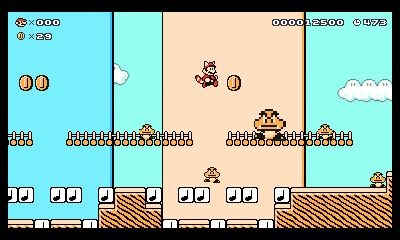 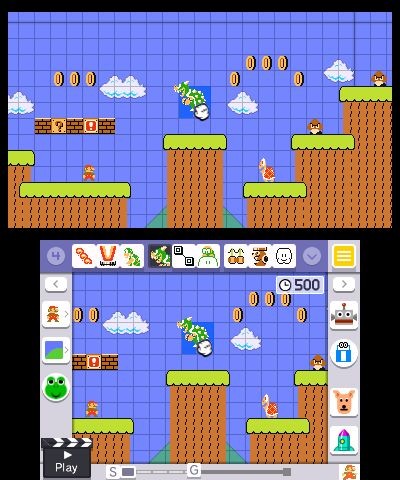 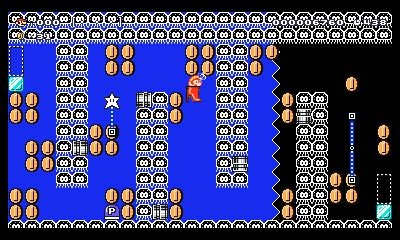 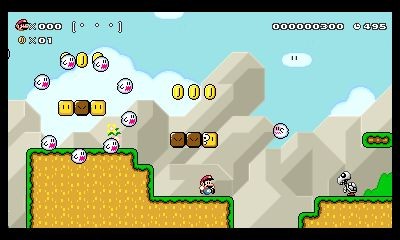 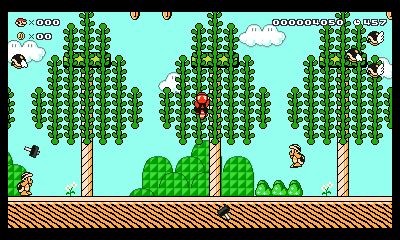 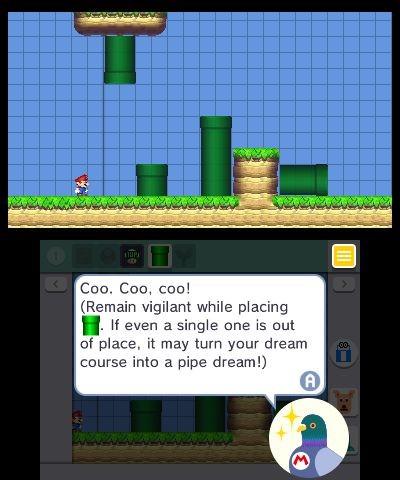 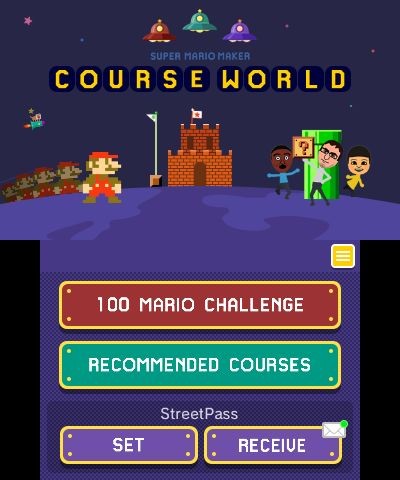 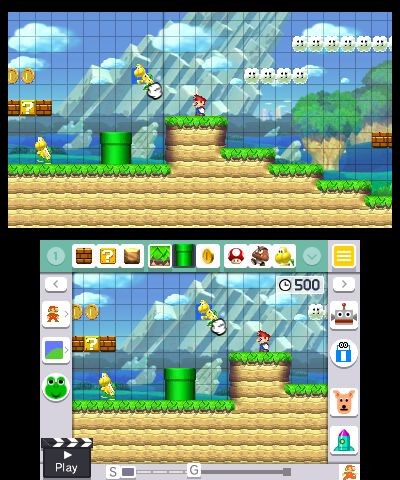 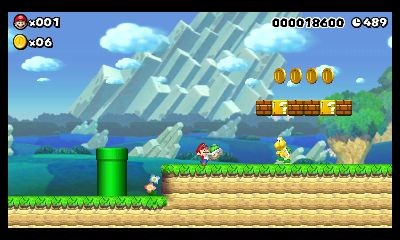