The first stage I played was the traditional Mario fare. Green grass and perilous gaps fill the landscape. Guiding Mario in a 3D space with the circle pad feels great. Initially it doesn’t feel as graceful as an analog stick, but you get used to it fast. Mario can also crawl, long jump, and butt stomp. Skills developed in Mario Galaxy and Mario 64 kicked in immediately. Shigeru Miyamoto describes it as a Mario 64-esque 3D game with Super Mario World themes, and it definitely plays that way.

A power-up sure to excite fans makes its return in Super Mario: the Tanooki suit. Upon collecting the unmistakable leaf, Mario transforms into a whimsical Raccoon. He uses his spinning tail attack to dispatch goombas and even float through the air to make jumps easier. Don’t bet on using your old Super Mario Bros. 3 tactic of breezily flying above a whole stage to the goal; from what I can tell you don’t have full flight with the suit. You’ll also find Mario’s trademark fire flower, ready to let you reduce foes to ashes. Also, for the first time ever in a 3D Mario game, the plumber will shrink when one hit away from death. It’s a treat to finally see this iconic mechanic utilized in place of the health meter.

The real threat in Super Mario 3DS isn’t the enemies, however, it’s the platforming. The Super Mario Galaxy team is developing this title, and their trademark difficulty survives the leap to the handheld. The mo I played wasn’t as teeth-gnashing as the final stage of Super Mario Galaxy 2, but I did die a half a dozen times or so. I’m not trying to make excuses, but I blame a few of those falls on the 3DS’s three-dimensional effect. Judging the distance of a platform can be difficult when the 3DS’s 3D effect is turned on. I turned it off after about five minutes of play.

I visited a few colorful locations during my time with the game. A traditional, lush green level challenges players to cross chasms via a sporadically expanding bridge. I laughed as I was fooled into attacking cardboard cutout goombas, tricked by the 3DS’s immersive technology. Similar to how the star launchers of Mario Galaxy link together different sections of the game, teleportation blocks warp Mario to other sections of the level. Mario also travels underground, navigating the sewers by jumping between the 2D foregrounds and backgrounds as the classic Stage 1-2 music plays. While Mario leaps across chasms purple piranha plants spit ink at the screen, obscuring your view like bloopers in Mario Kart. I liked how pipes in this section lead to offshoot areas where you can collect coins, then return to the main path. Both these stages ended with Mario ascending a flight of stairs and leaping at the top of a flagpole –another indication of the game’s throwback nature. It’s a nice change of pace ending a 3D Mario game in this definitive fashion, rather than returning to the stage numerous times to complete different tasks.

In another nod to Mario 3, one stage takes place on the ominous airship. Bullet bills fly as the drums thrum their intimidating beat. Mario leaps from ship to ship, leaping between foreground and background (very cool when doubled with the 3D effect). At one point I fell trying to jump between airships, only to discover a coin-laden secret ship below. Little touches like this are everywhere, resulting in a true Mario experience. Naturally, the last pipe at the end of the airship fleet led to a boss battle Koopa miniboss from Mario 3. Instead of climbing the ceiling to drop on you, he spins around the stage attempting to bash you with his violent tornado. After a short spin the turtle becomes dizzy, leaving him open for an attack. Upon defeat he explodes into coins, marking the end of the demo.

I had a really good time with Super Mario 3DS. There were a couple times when the mixture of side-scrolling-esque and 3D platforming threw me off, resulting in some frustrating deaths. I’ve recently been playing  through New Super Mario Bros. for DS, collecting each level’s three star coins. Super Mario 3DS’ similar layout has me excited to do it all over again in this promising title. 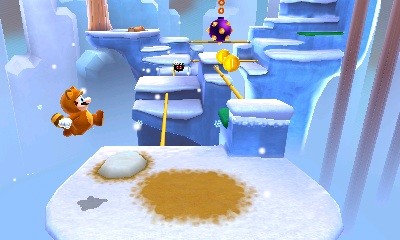 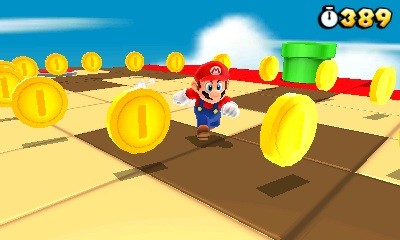 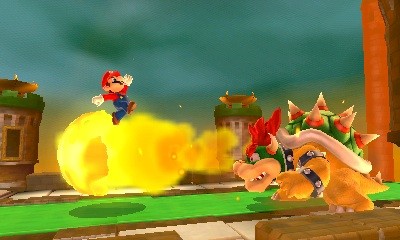 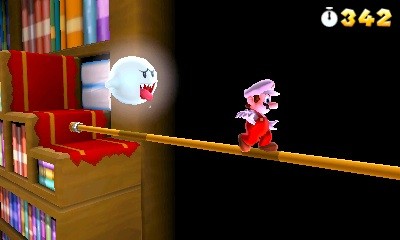 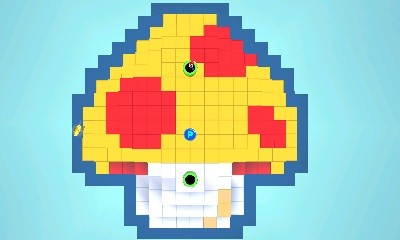 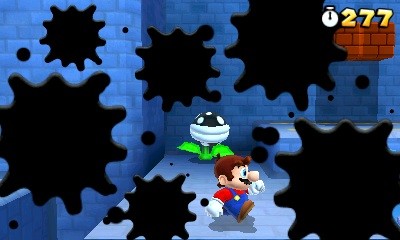 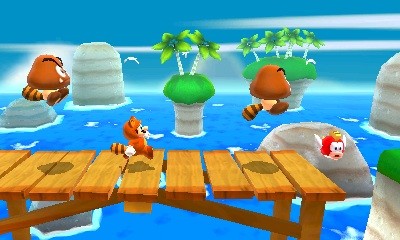 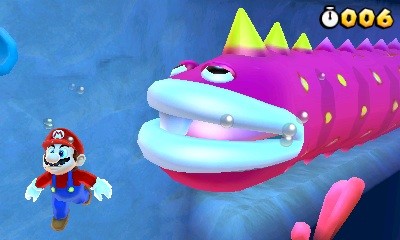 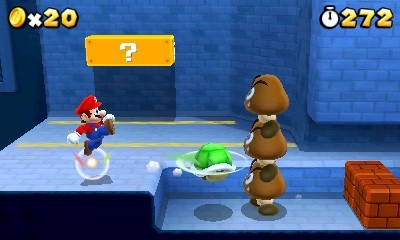 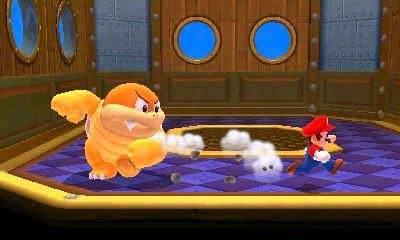 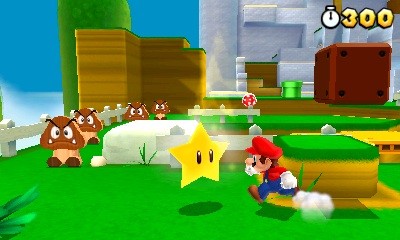 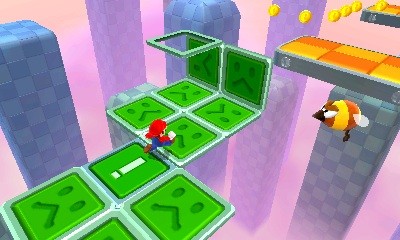 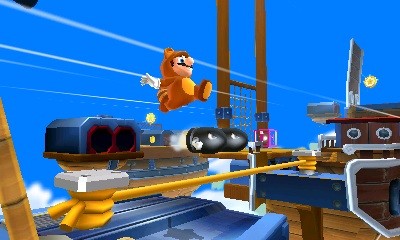 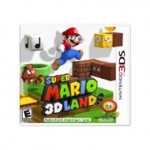