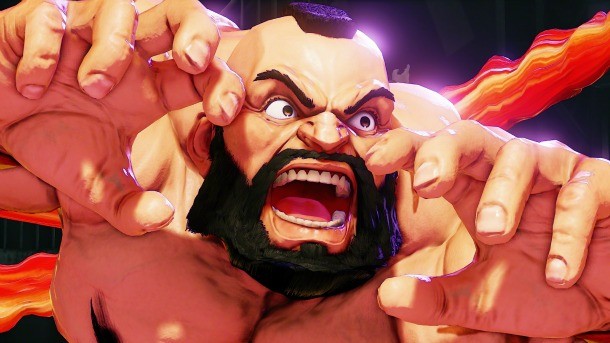 Zangief and his amazing chest hair have muscled their way into Street Fighter V. With his new V-Skills, the Red Cyclone is more formidable than ever before.

In addition to his signature grapples and spinning piledriver, the bear-wrestling Russian has some new maneuvers up his hairy sleeve. Zangief's Iron Muscle V-Skill appears to render him temporarily invulnerable to damage. His devastating Cyclone Lariet V-Trigger traps those unlucky enough to be caught in its vortex in a brutal whirlwind of strikes.

Capcom recently revealed the Capcom Fighter's Network (with the inclusion of Karin), and we recently went hands-on with some of Street Figther V's newest combatants.  In case you missed them, you can also check out the reveals of the following fighters:

Street Fighter V is heading to PlayStation 4 and PC in the spring of 2016.