Zen Studios has been keeping pinball fans busy with its recent Doctor Strange and Super League Football tables, but we've been waiting eagerly for the next big installment of the developer's Star Wars Pinball series. Thankfully, the wait is almost over. The new pack, entitled Star Wars Pinball: Heroes Within, will launch in late April, and we have hands-on impressions of all four tables.

Zen Studios has included an extra table for what is currently the final planned pack of its Star Wars Pinball series, and all four tables are loaded with nostalgic nods to classic moments from the series. Here's what we liked about each new table: Episode IV: A New Hope
Like Zen's previous The Empire Strikes Back and Return of the Jedi tables, A New Hope features a variety of modes based on scenes from the movie. The main playing field is built around a half-circle of ramps and orbits that facilitate quick combos. A New Hope features a variety of multiball modes, and multiple mini playfields based on a jawa sandcrawler, the Death Star's trash compactor, and Luke Skywalker's trench run. A New Hope is the most traditional of the four new tables, but it has plenty of side objectives to keep fans interested. Droids
The strangest table of the series, Droids pays homage to Star Wars' cast of mechanical characters. The table takes place inside of a jawa Sandcrawler, and features a large, open playing field with an extra set of offset flippers toward the top of the table. Players must help C-3PO and R2-D2 escape the Sandwalker by completing a series of modes to sabotage the giant desert vehicle and Nebit, the head jawa. Droids features an appropriately industrial aesthetic, with a magnetized crane, conveyer belt, and ore processor. Completing a variety of hurry-up modes recruits other droids to aid you in the final wizard mode.

Masters of the Force
Zen Studios is still working on Masters of the Force, and as such isn't releasing any screens of the table just yet. Focusing on the eternal conflict between good and evil, Masters of the Force splits the table down the middle. Performing shots and modes on the left side of the table aids the Sith; the right side of the table is devoted to Star Wars' classic Jedi masters. The table's main modes center on famous lightsaber duels between Sith and Jedi masters; completing them (along with various hurry-up modes) sways the balance of the force to one side or the other. The balance of the force affects the difficulty of various modes, the amount of end-of-ball bonus points you receive, and opens up new table features. Despite some obvious placeholder art in the preview build we played, Masters of the Force has an interesting premise and play flowed nicely. Han Solo
The final table of the pack is a tribute to the galaxy's most charismatic smuggler. The table highlights many of Han Solo's memorable moments and features the jazzy Cantina theme music. Many of the table's modes feature the Millennium Falcon, and task players with fixing the hyper drive, smuggling goods in the ship's secret compartments (via its own mini playfield), and completing the Kessel Run in a frantic multiball mode. You'll also shoot your way through a series of villains, including Solo's infamous nemesis Greedo. Star Wars fans don't have to worry – like in the original cut of A New Hope, Han Solo shoots first.

Zen Studios is aiming for a late April release date for Star Wars Pinball: Heroes Within. The expansion will be available on virtually every gaming platform, with the exception of the Xbox One; Zen Studios says it's currently working on a port of Pinball FX 2 for Microsoft's new console, but that they don't quite yet have a release window in mind. 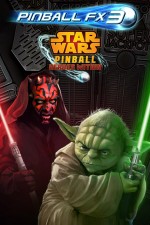