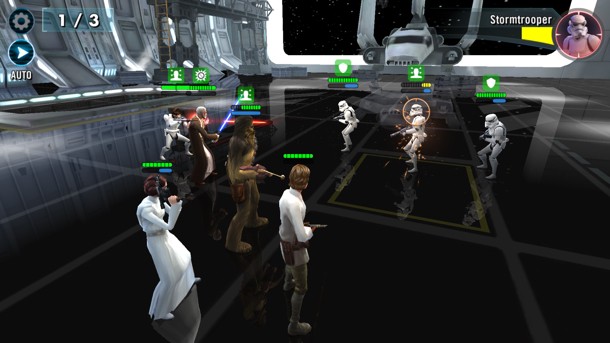 Star Wars Battlefront is only one week old, but EA’s already locked and loaded with another entry in the franchise. The publisher turns its attention to mobile today with Star Wars: Galaxy of Heroes.

The RPG involves collecting heroes from the various films and television shows. You’ll be able to create teams of light side and dark side heroes, upgrade character abilities, and play alone or against others.

More than 60 characters are available, with additional updates plans to keep the game fresh. Galaxy of Heroes is free to play and available now for iOS and Android.