Update: Gameplay videos added. LucasArts took advantage of its presence at E3 to show off a first glimpse of Star Wars 1313, a brand new game franchise within the Star Wars universe. Billed as a dark, mature-rated glimpse into the underworld far below the surface layers of the city planet of Coruscant, 1313 will put players in the role of an as-yet unnamed bounty hunter tracking targets through the slums of the Star Wars galaxy.

From a development perspective, 1313's most surprising feature is the group of people working on the project. Ostensibly a collaboration between LucasArts, LucasFilm, Industrial Light & Magic, and Skywalker Sound, there are tremendous resources at play in bringing the game to fruition. 1313 is described as a meeting point between tense action/shooting and harrowing platforming. It's a description that would fit well onto games like Uncharted, and we suspect this isn't the first or last time people will compare the two games. 1313 also has a deep gear component, allowing players to customize their game experience with all sorts of interesting equipment that will unlock over the course of the game.

The demo we witnessed starred two characters who we were told are not the final characters of the game. Instead, the two bounty hunters on display helped to exhibit the remarkable facial capture tech that 1313 features. The same team that captured the Hulk and other characters for the recent Avengers movie is working on the motion capture for 1313, capturing body, face, and audio at the same time. The technology captures even small motions of the iris of the eye, and results in very expressive visualization of the actors' virtual characters.

The 1313 demo begins with two bounty hunters hidden away in a run-down cargo ship as they descend into a deep pit from the surface of the galactic capital city world, Coruscant. The two exchange banter as they descend thousands of levels into the darkness. On board with them is a crate with some sort of huge and dangerous wild animal -- at one point the creature almost breaks out of its restraints, and the two bounty hunters must reseal the crate. The camera cuts to an exterior view, and we see another ship closing with the bounty hunters' descending vehicle. A dangerous-looking droid steps from the enemy ship and leaps onto our heroes' craft, followed by a number of thuggish humans. Back inside the storage ship, the two bounty hunters react as the enemy droid uses an explosive to breach their ship, and then drag away the animal crate. The other humans remain behind, and a fierce firefight ensues. The most stunning moment in the demo comes when we realize that there is no visual quality transition out of cinematic visuals into gameplay -- the gorgeous graphics from the cinematic sequences transfer smoothly without loading into the fight.

The firefight that ensues on board the ship is a familiar mix of cover based shooting and occasional melee exchanges. With the ship they're on about to crash, the elder bounty hunter evens the odds. Flinging an enemy combatant and a thermal detonator into an escape pod, he launches the pod into the enemy ship, resulting in an impressive conflagration.

Afterwards, with their ship in bad shape, both bounty hunters make wild leaps onto their opponent's ship. Some agile platforming sequences follow, as the point-of-view characters scrambles along the exterior of the ship, and makes one final desperate leap for a distant platform. It's hard to convey the visual detail and set-piece extravagance that the 1313 demo conveys, other than to say that it makes many other demos on the E3 show floor look primitive in comparison.

LucasArts did not reveal final platforms for the new game -- the demo we saw was running off a high-end Nvidia-powered PC. We have strong suspicions that 1313 may be targeting as-yet unannounced next-gen consoles, but only time will tell how things will shake out on that score. 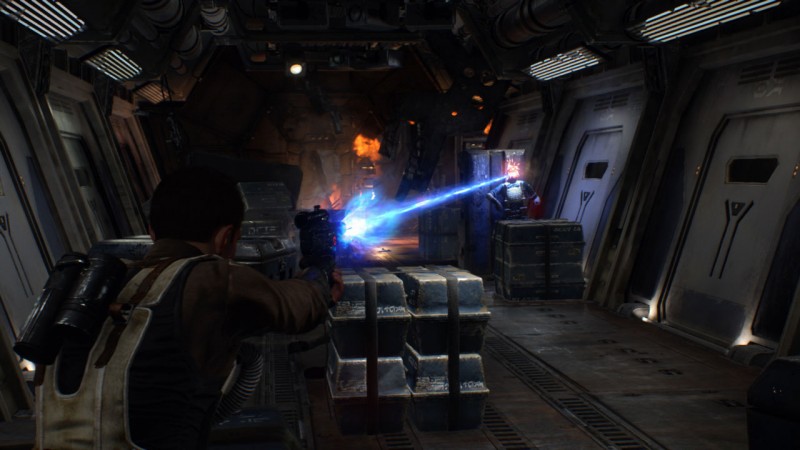 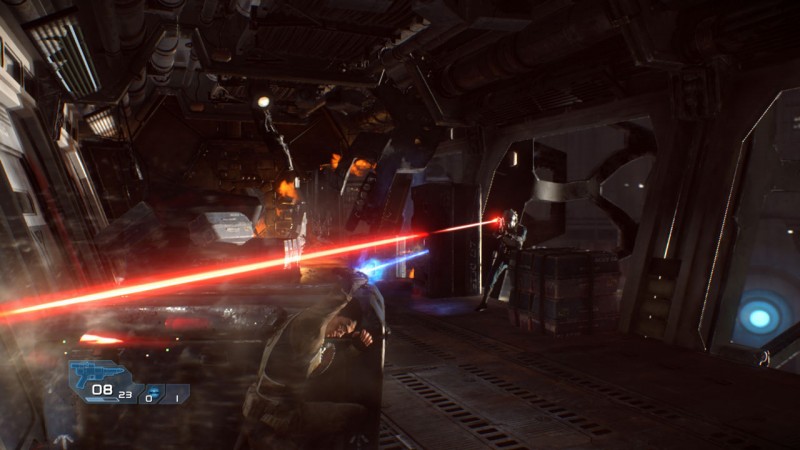 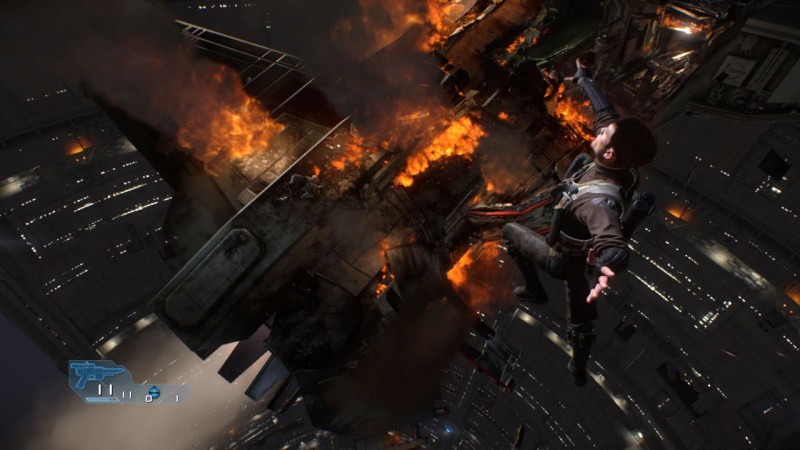 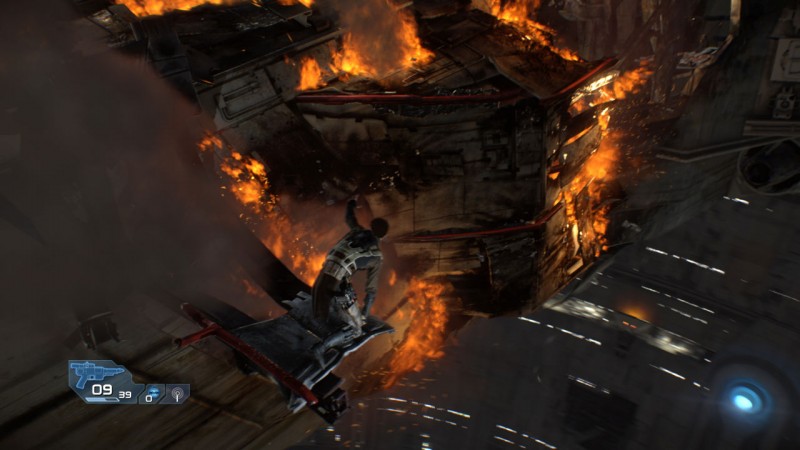 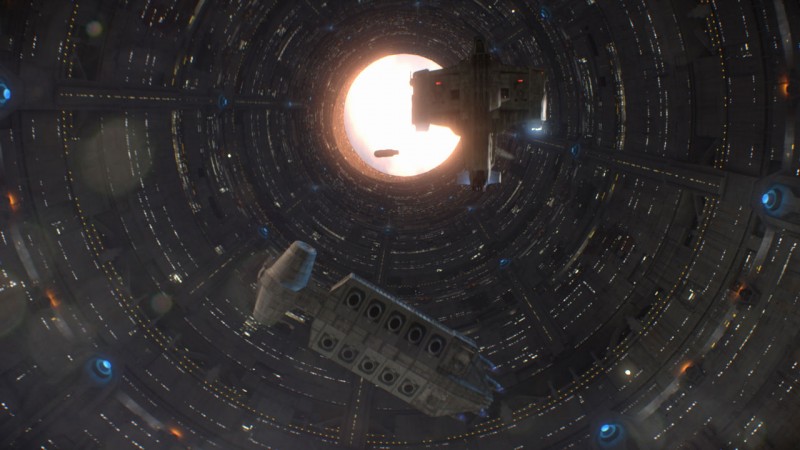 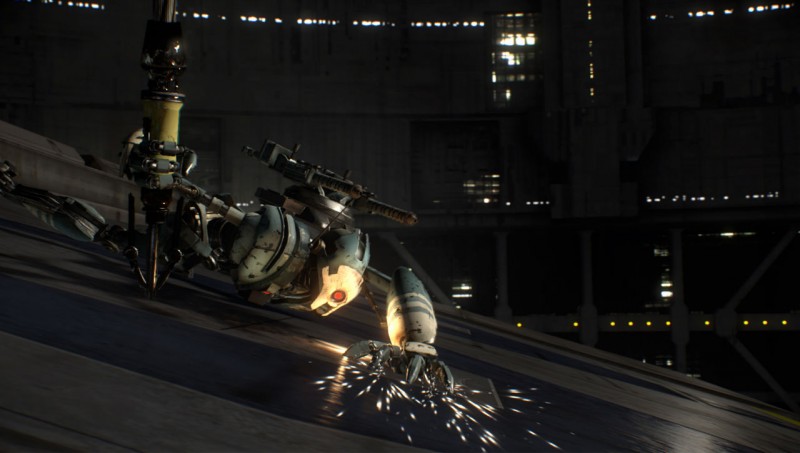 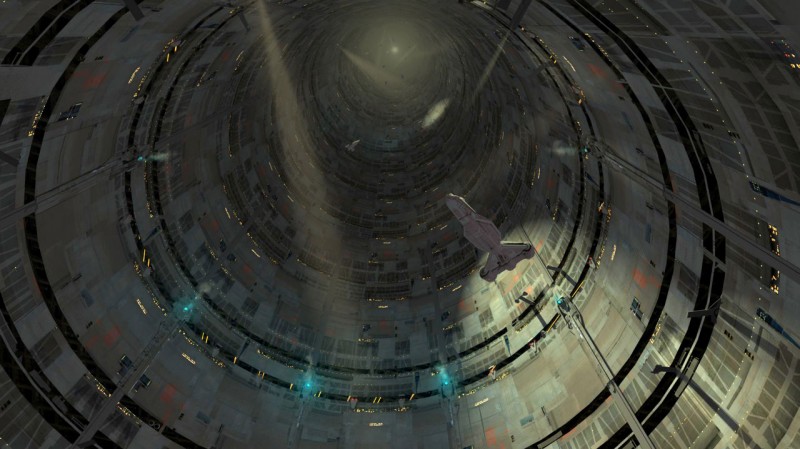