Sony feels good enough about Insomniac’s Spider-Man game that closed out its E3 press conference, and the demo didn’t disappoint. With a mix of dynamic stealth and high-flying action, Spider-Man is definitely one to watch for 2018. Even though we’ve seen a good bit of gameplay, we still have several questions, so we sat down with a behind-closed-doors demo to get the full scoop.

Who’s behind the mask?
The demo ended with a shot of Miles Morales – a Spider-Man originally from Marvel’s Ultimate comic line. However, we still don’t know how big of a role he’ll have in Insomniac’s Spider-Man game. This title stars Peter Parker, and the team hopes to focus on the drama of his personal life as well as his days swinging between skyscrapers fighting super villains.

Is this an open world game?
Yes. The demo briefly showed Spider-Man swinging through the open streets of New York during a helicopter chase, but players will be able to freely explore Manhattan between missions.

What universe is this set in?
Insomniac has worked with Marvel to develop their own unique version of Spider-Man. In this take, Peter Parker is 23 years old, meaning he’s a little more experienced and established in the world. Insomniac said that it wanted to be true to the character while surprising fans at the same time. The team wouldn’t go into specifics, but said that fans might be surprised to find out where Spider-Man works and who he works for in this universe.

How does swinging around work?
Developers have struggled to emulate Spider-Man’s motions through the city. Insomniac physics-based swinging looks extremely fast and fun and allows Spider-Man to more naturally react to his environment. Peter gains momentum as he swings and things he hits will affect his trajectory, creating more natural-looking movement through the city.

How does upgrading work?
In Insomniac’s version of Spider-Man, Peter has created his own web shooters. The team wants to showcase Peter’s intelligence and ingenuity. They wouldn’t detail how this works, but hinted that Spider-Man will create new gear throughout the game. The demo showed off one neat toy, a tripwire web bomb that Spider-Man can affix to enemies or the environment. Whenever a enemies cross the trip laser, they get hit with an explosion of web fluid and stuck to a nearby wall or ceiling.

Can you stealth through the whole game?
Probably not. Insomniac wants to allow for a lot of gameplay choices throughout the game. Several sequences will encourage players to approach with stealth. However, most of the game will have Spider-Man punching goons in the face.

So should we expect the usual rogues gallery?
Spider-Man has a varied roster of foes, and Insomniac seems enthusiastic to tap into that rich vein of villains. We haven’t seen heavy hitters like the Green Goblin or Venom yet, but we did see Wilson Fisk a.k.a. the Kingpin. Also, it was fun to see Mr. Negative, a villain who hasn’t been feature in a Spider-Man game yet.

Okay, I’ll bite. Who’s Mr. Negative?
In the original Marvel Comics version, Mr. Negative is a kind of Jekyll and Hyde archetype. A victim of synthetic designer drug testing, Mr. Negative has a split personality. By day, Martin Li is a kind-hearted philanthropist who runs a soup kitchen in New York. However, Li’s Mr. Negative persona is a ruthless killer and Chinatown gang leader who can generate and control darkforce and lightforce energy – allowing him to heal people or corrupt them completely.

Are those quick time events going to be annoying?
Hard to tell at this point, but Insomniac seems sensitive to fan’s concerns. The team says that these quick-time button prompts will be used to heighten the action during high spectacle moments, but the plan is to uses quick-time events sparingly. 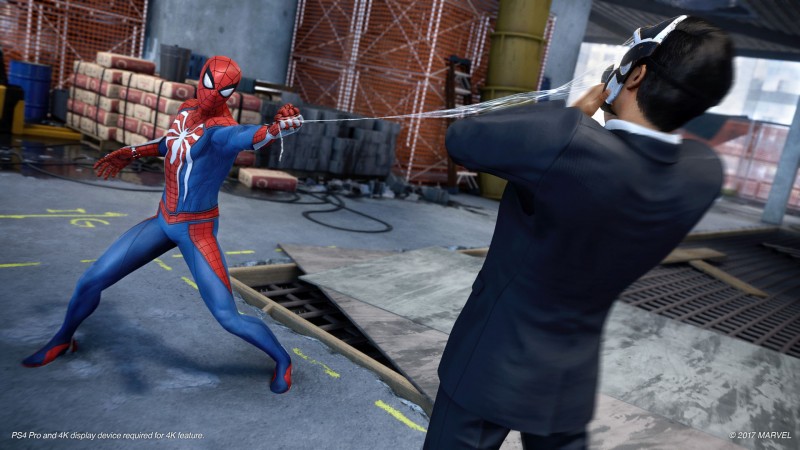 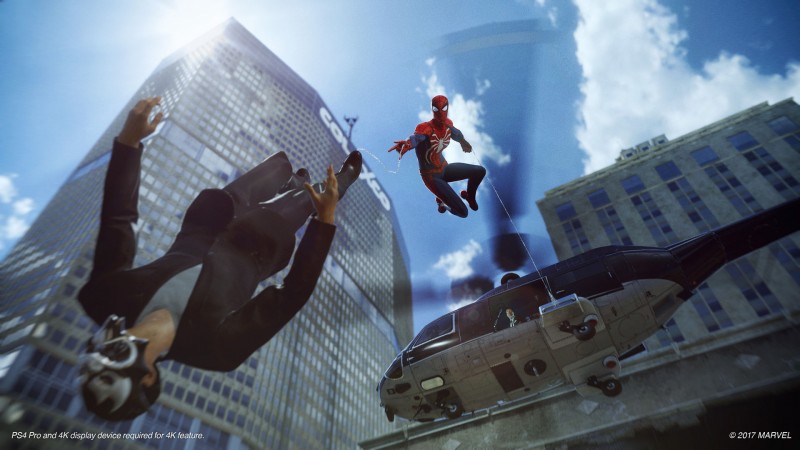 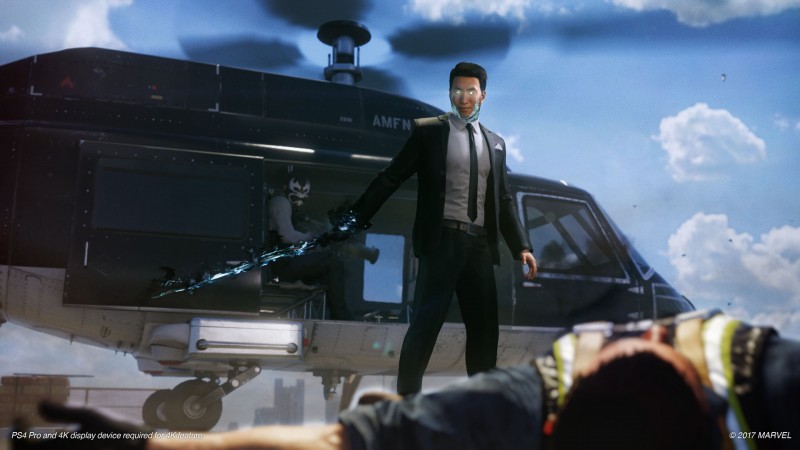 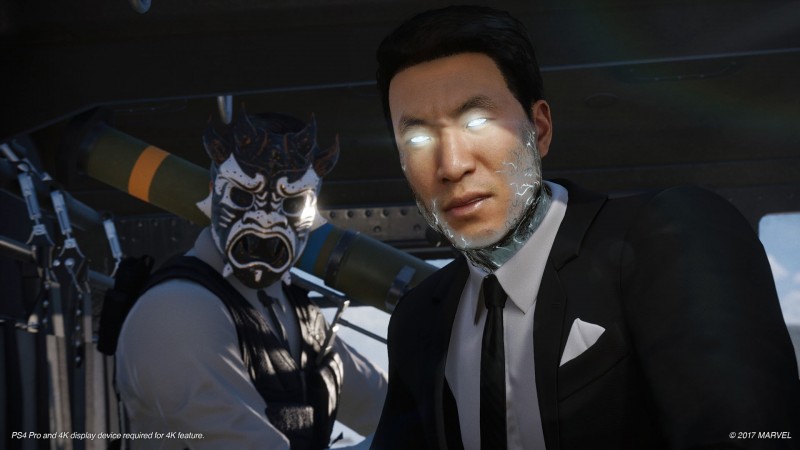 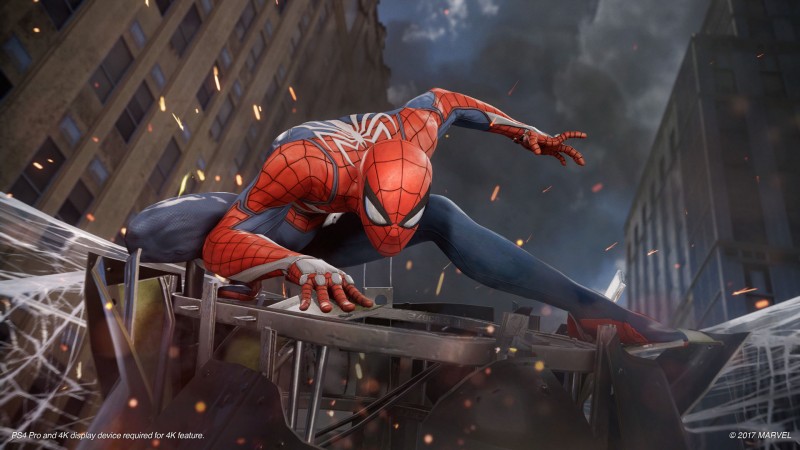 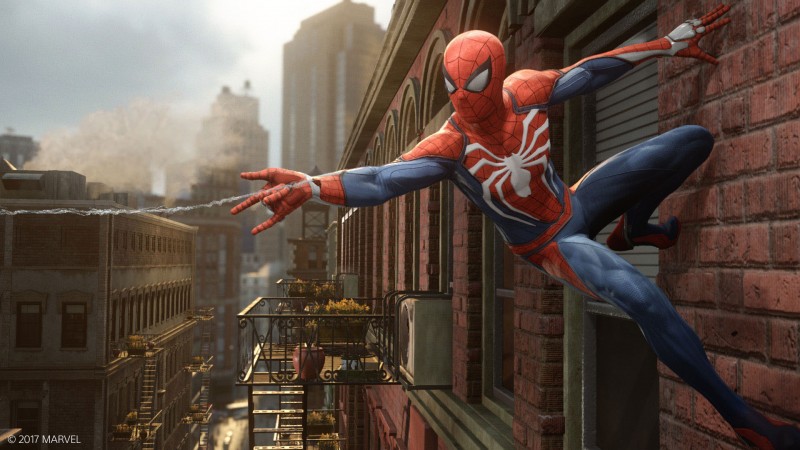