Sega has acknowledged Mario Galaxy’s inspiration with Sonic Lost World on Wii U, and that influence is also apparent in the 3DS version. I sped through two fast-paced 3D sections and one slower, puzzle-oriented 2D level. The handheld version may not be as pretty as the Wii U iteration, but the 3D controls actually feel better than the Wii U’s analog stick.

The introductory level is similar to the Wii U version – differently shaped planets are scattered across a bright green and brown world. Sonic sprints up and over ledges, runs sideways on walls parkour-style, and leaps on huge springs to reach new planets. The biggest difference between the two versions of the game lies in the controls. Sonic is less jittery in the 3DS game, with more gradual momentum in these 3D sequences. The added control makes dodging drop-offs and evading enemies easier. The next section features the same basic 3D platforming, but with some fun power-ups to speed things along. Sonic collects a Color Power (a hold-over from Sonic Colors) and transformers into a floating blue blur that demolishes everything in his path. Walls are reduced to rubble which begins to orbit around you, creating a swirling belt of junk. These rings grow the more you destory, and wipe away enemies as you run through the stage. Another color power gives Sonic a fire shield that shrugs off fire-based attacks.

The third level is a slower-paced 2D affair with rolling boulders that follow your movements and sliding staircases. The staircases remind me of the ones from Chemical Plant Zone in Sonic 2. Often these staircases are triggered by nearby switches. Sonic can lead the rolling bounders to the switches, stun them with a jump, and then traverse the open staircases. These slower, more deliberate 2D stages may help break up the action of the 3DS version in a worthwhile way.

This 3DS version is being developed by Dimps in close association with Sonic Team. Despite the lacking quality of Dimps’ Sonic Generations 3DS game, the developer’s track record shows the developer can achieve greatness with portable Sonic games. Sonic Lost World hits the 3DS this holiday season. 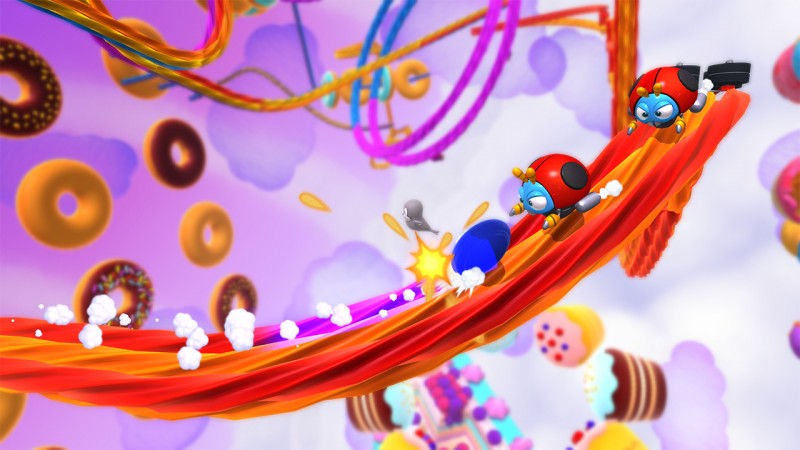 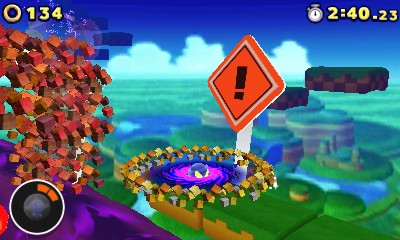 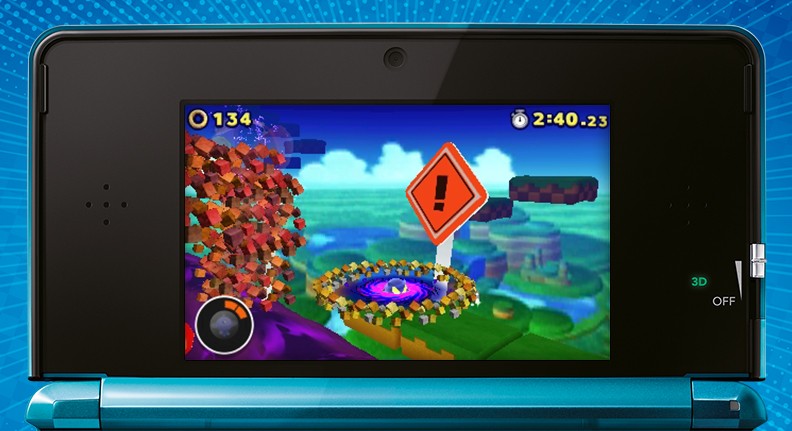 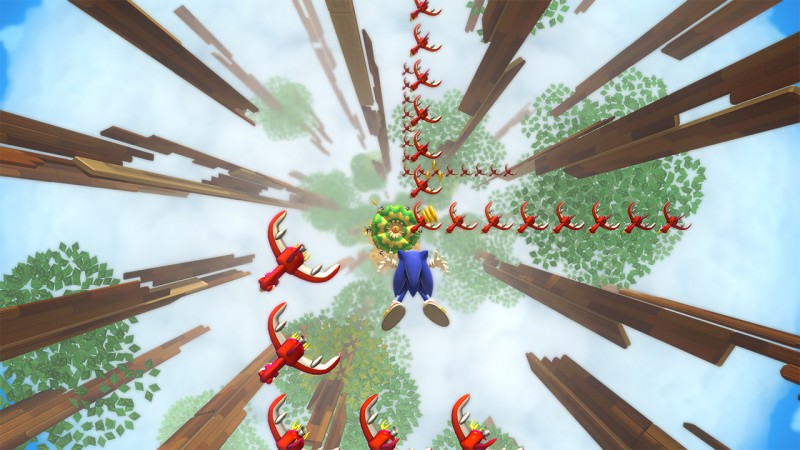 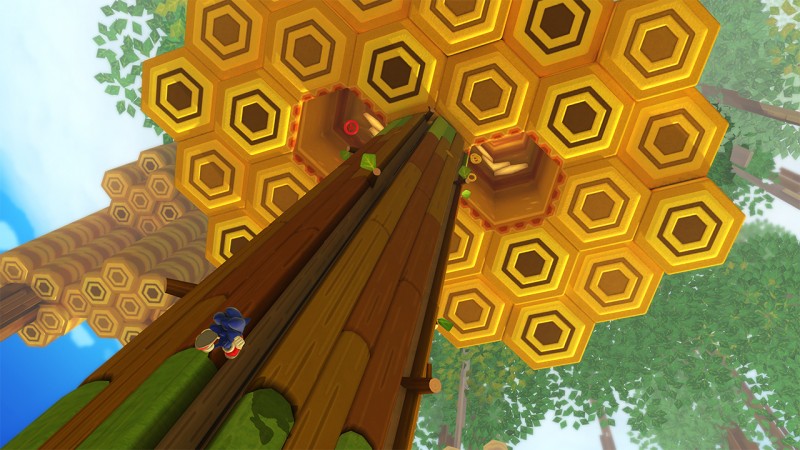 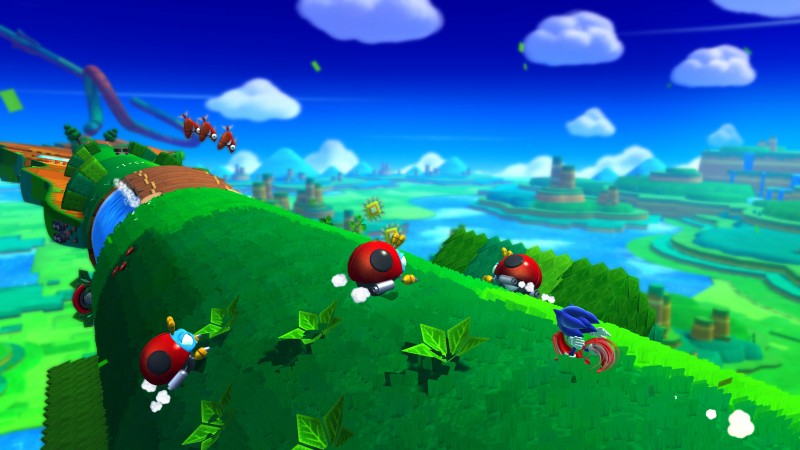 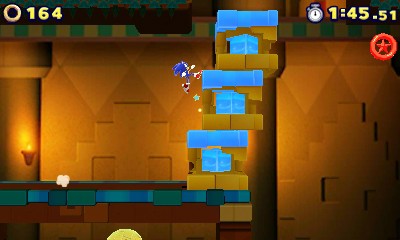 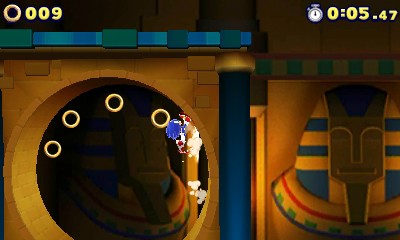 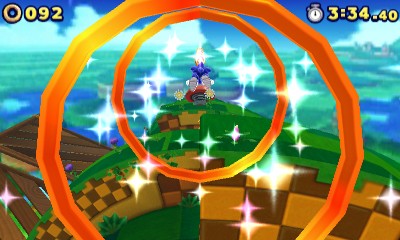