Smite PC Players Can Transfer Purchases And Progress To Xbox One
by Mike Futter on Mar 02, 2015 at 01:51 AM Hi-Rez Studios has released a developer diary for the upcoming Xbox One version of its MOBA, Smite. In addition to a look at the different modes, the developer announced incentive to get PC players to try the game on console.

While details haven't yet been announced, Hi-Rez has committed to offering a way for players to transfer purchases and progress from PC to Xbox One. It's not yet clear if this is a two-way street via a common account system or a one-time import.

Hi-Rez also says that the Xbox One version looks as good as the PC version on the highest graphics settings.

Smite is heading into closed beta shortly. The title will be released on Xbox One later in 2015.

For more, check out our review of the PC version. You can also check out a cinematic trailer and sign up for the beta on the official site. 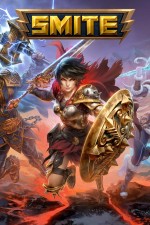