We recently had a chance to infiltrate Sanzaru Games’ studio in Foster City, California to steal a glimpse at the fourth entry in the Sly Cooper series. Sanzaru is responsible for last year’s gorgeous high definition collection of the original PS2 trilogy, and this new title is staying true to original developer Sucker Punch’s vision for the stealth platformer while sneaking in some intriguing new gameplay elements. One significant addition to the series is the ability to travel through time to meet and even play as Sly’s thieving ancestors.

So far Sanzaru has shown Sly creeping through feudal Japan, stealing pieces of flame-resistant samurai armor and battling the evil tiger dictator El Jefe atop a gigantic statue of himself. While these exciting sections show off the game’s new disguise mechanic and dynamic boss battles, they’ve lacked context for why Sly is snooping through ancient Japan. Sanzaru revealed for the first time that Sly has traveled back in time to save his Japanese ancestor, master ninja Rioichi Cooper, from an interloper interfering with the world’s timeline.

While specific story details on who is tinkering with the past is yet unclear (it’s not El Jefe), we know that Rioichi is in deep trouble, and only Sly and the gang can save him. Sly originally learned of his ninja ancestor through the Thievius Raccoonus, a tome passed down through the Cooper lineage to preserve their burgling techniques. It seems that much of Sly’s time-traveling adventure will involve rescuing his ancestors from various predicaments. Through a gorgeous cartoon cutscene (created by Ghostbot, the animation team responsible for the Esurance commercials), we learn that Rioichi was not only proficient in ninjitsu, but is also the inventor of sushi. The nimble raccoon used his world famous sushi shop as a front to distract from his constant ninja-ing. However, a mysterious menace framed Rioichi, orchestrating a ruse in which the Shogun was poisoned by bad sushi claimed to come from the famous shop. With his ancestor behind bars, Sly must traverse pagoda rooftops and use a skill learned from Rioichi in the Thievius Raccoonus: the ability to nimbly perch on precarious spires.

Before he can penetrate the prison, Sly must stealthily acquire pieces of armor from the samurai boar guards patrolling the town. It’s a visual treat watching the agile raccoon glide across the cobblestone bridges among the colorful Japanese foliage to sneak up on the aloof sentries. The way the noble thief’s tail twitches as he gets in position to steal a piece of armor is a testament to the talented artists’ attention to detail. Sly’s exaggerated marching animation when he dons the oversized set of armor is as hilarious as it is impressive. The crisp cel-shaded visuals and fluid animations will put your jaw on the floor. Sly manages to sneak past the dimwitted boar guards while wearing the armor, but not before one of them points out his below average stature, complete with a reference to a classic Star Wars line. The trademark sense of humor of Sly Cooper is in full effect here, and I gladly chuckled along. Once within the prison, Sly uses the clumsy armor to negate the flames of fire-breathing dragon statues while evading bladed pendulums. A generation-bridging family reunion occurs when Sly discovers Rioichi’s cage and frees his ancestor. The ninja master (voiced by Steve Blum, voice of Shadows of the Damned’s Garcia Hotspur and Bulletstorm’s Grayson Hunt) speaks in philosophical, Confucius-style proverbs, many of which fly straight over Sly’s head to hilarious results. At this point Rioichi becomes a fully playable character.

Rioichi celebrates his newfound freedom by immediately setting off to reclaim his sushi shop, which has been occupied by samurai swine. The ninja raccoon must reclaim a set of sushi knives to unlock a special door in his restaurant. Rioichi spends much of this section lifting the crucial cutlery from unaware guards. Further evidence of time paradoxes are found when he enters a room with laser traps, something that even non-historians should know don’t belong in ancient Japan. It turns out the spire-perching technique Sly learned from Rioichi via the Thevius Raccoonus represents only a portion of the ninja’s skills. Rioichi must use his exclusive leaping dragon technique to bound long distances above the lasers across rickety banzai trees, a feat Sly will never be able to learn. Thankfully, Rioichi appears in the gang’s hideout as a selectable character alongside Murray, Bentley, and Sly. Sanzaru says there will be plenty of collectibles and hidden areas that only specific characters like Rioichi will be able to access, increasing the game’s replayability. Rioichi eventually makes his way to the furnace room and is able to get his restaurant back in working condition.

Beyond the eventual boss battle between Sly and the temporally displaced tin cup dictator El Jefe, we don’t know much of what else happens in feudal Japan. Sanzaru is also staying tight-lipped about other eras Sly and his crew will be visiting. The Thevius Raccoonus contains Cooper ancestors spanning from ancient Egypt to the Wild West, so Sanzaru has a wealth of interesting time periods to choose from. Regardless of where this time-trekking adventure takes us, the engaging platforming, witty dialogue, interesting new characters, and beautiful presentation have us excited. 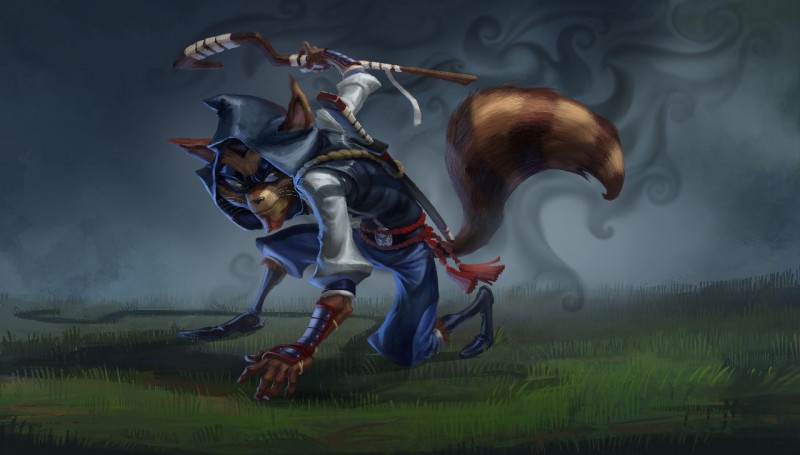 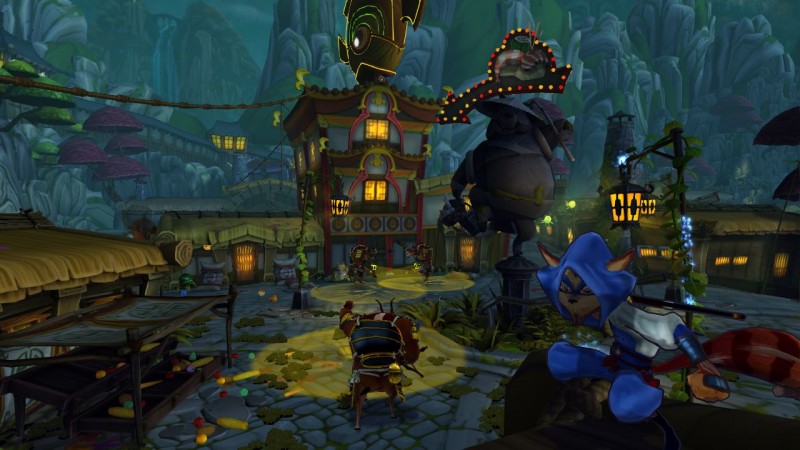 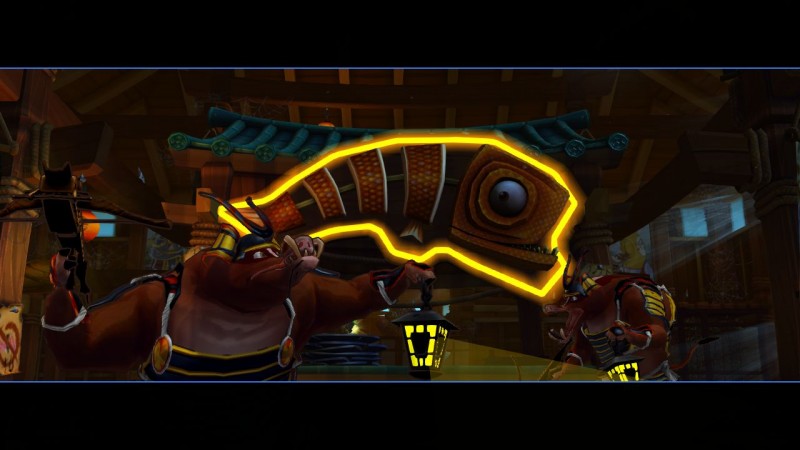 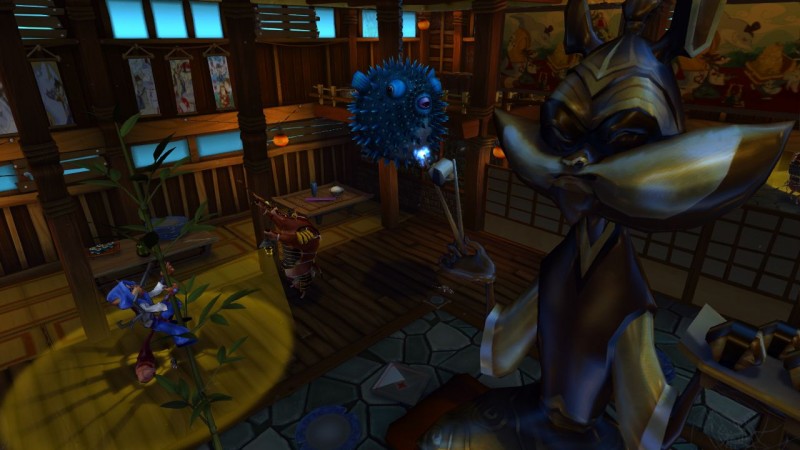 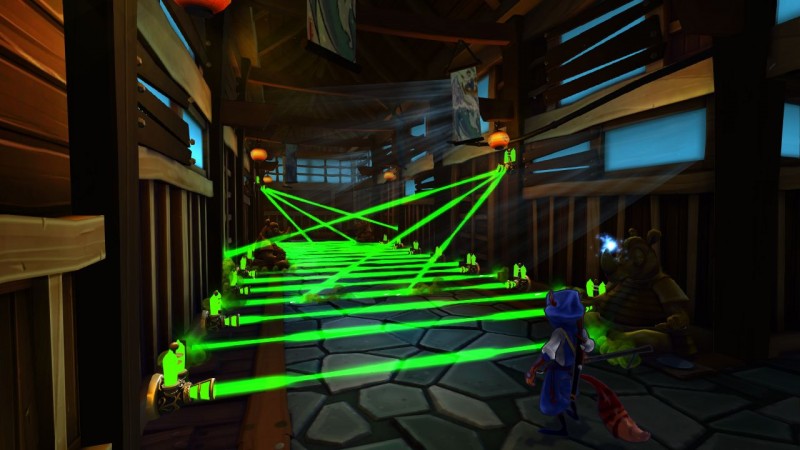 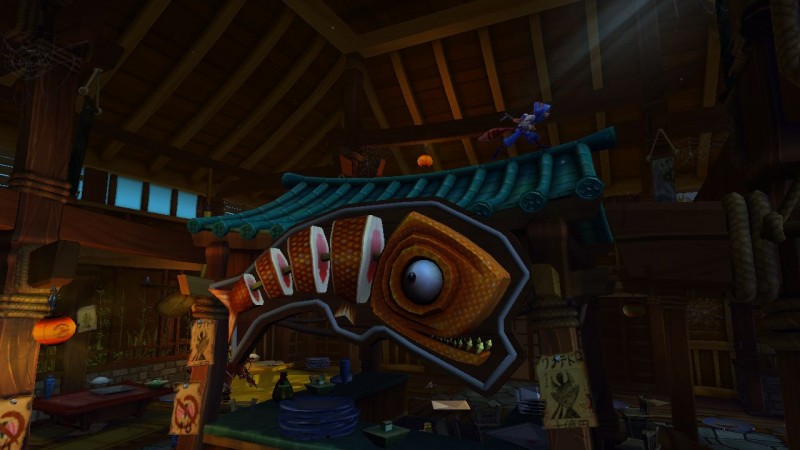 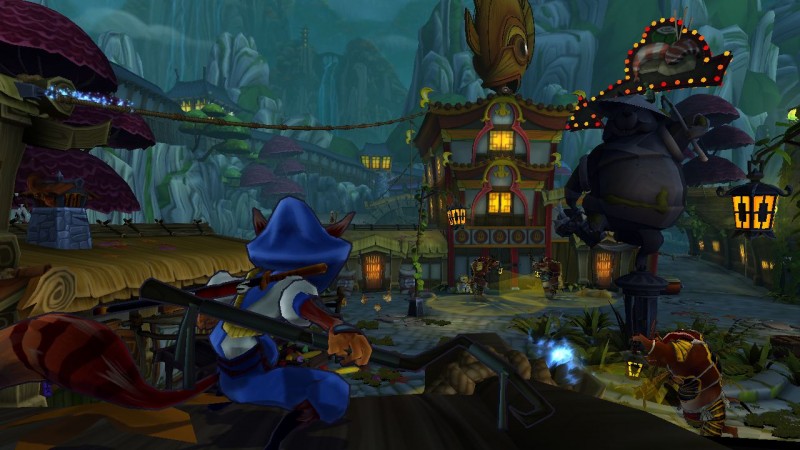 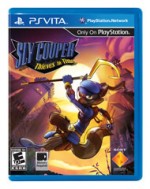