Walking into the Activision area at Gamescom 2013 yields a sight that many would have scoffed at three years ago. A larger-than-life Skylander figure sits right in front of the entrance, and the title is afforded as much room as Call of Duty in the meeting area. Skylanders is big business ($1.5 billion to be exact), and this year's version matters more than ever to the publisher thanks to new competition from Disney.

Depending on your perspective, Skylanders is either ingenius or a money sink. This year's iteration introduces a new type of figure, brand new characters, and returning favorites in new forms with new powers. Vicarious Visions has been promoted from the 3DS version (now handled by n-Space) to the core console iterations.

Their first order of business was to add jumping, previously excised from the series for accessibility purposes. They also have the honor of bringing the franchise to next-generation consoles. Skylanders: Swap Force is running at 1080p on PlayStation 4, and it looks stunning.

Vicarious Visions has also added unique mini-game experiences to each level. In the demonstration, we saw snowmen loaded into a catapult to take out an enemy airship. There are also fishing, river rafting, and more that can be found throughout the game to break up the combat.

A number of new characters were unveiled, including core Skylanders Zoo Lou (a life elemental that can create birds to attack foes, a wolf pet, and a boar mount) and Slobbertooth (a life elemental dragon with a drool problem). Swap figures that were introduced include Boom Jet (air, bomb powers) and Grilla Drilla (life, turrets, mines, and a monkey assault).

Despite the ever-broadening pallette of characters, Activision remains firm about avoiding television and movies. "Games get underestimated as a form of storytelling," vice president of marketing John Coyne told us. "We see the game as the main vehicle for the storytelling of the Skylanders characters. Think about the time that kids spend with these characters and the world of Skylands, and it's the same if not more than they spend with their favorite movies or television shows."

Activision is keenly aware that the primary audience for Skylanders will age up (if not age out). Through innovation and solid gameplay, the publisher expects to retain those players and inspire the collecting phenomenon that has made the franchise a hit with many adults.

Skylanders: Swap Force (and the first wave of the 56 new and returning characters) will be available sometime in October for PlayStation 4, Xbox One, PlayStation 3, Xbox 360, Wii U, and 3DS. 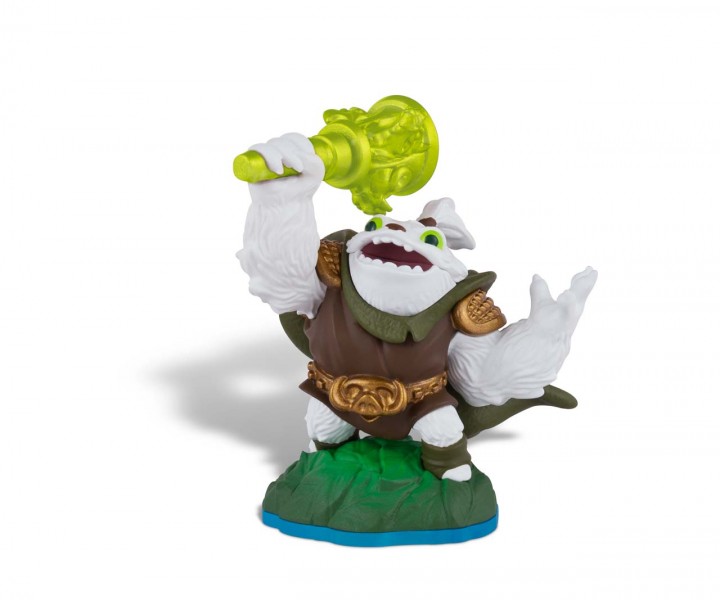 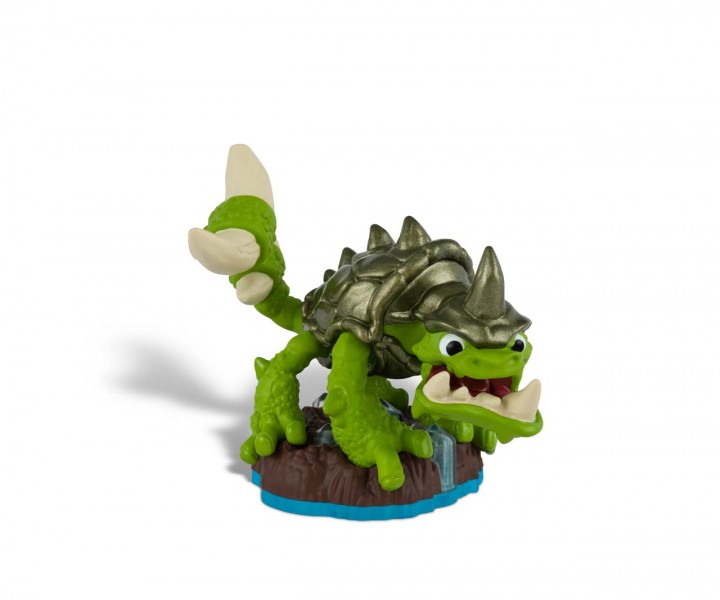 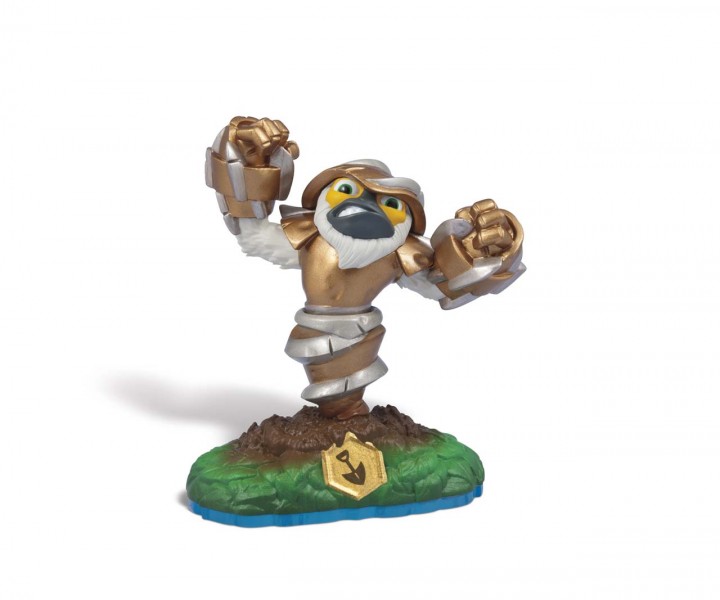 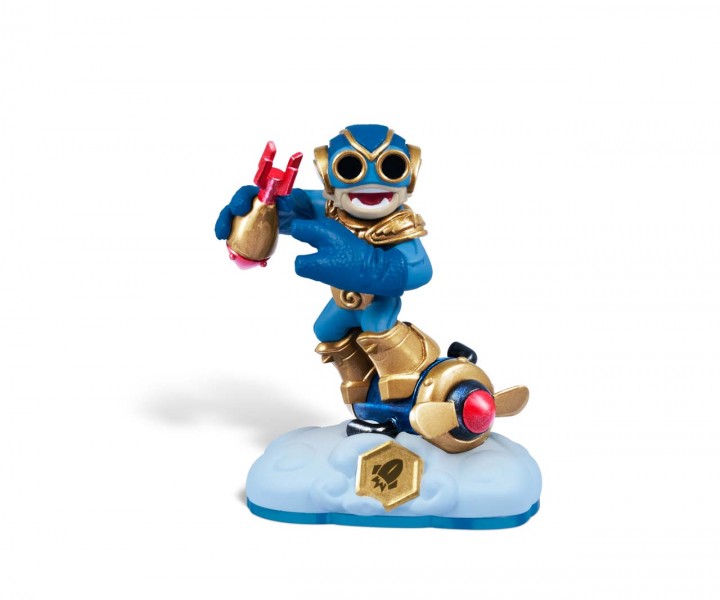 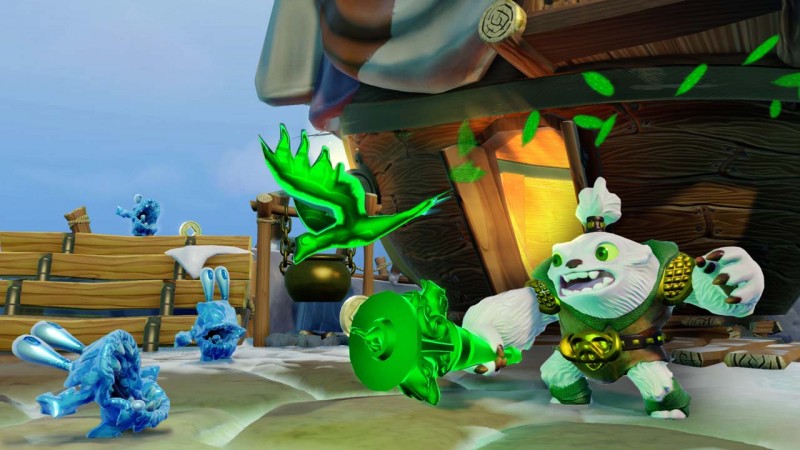 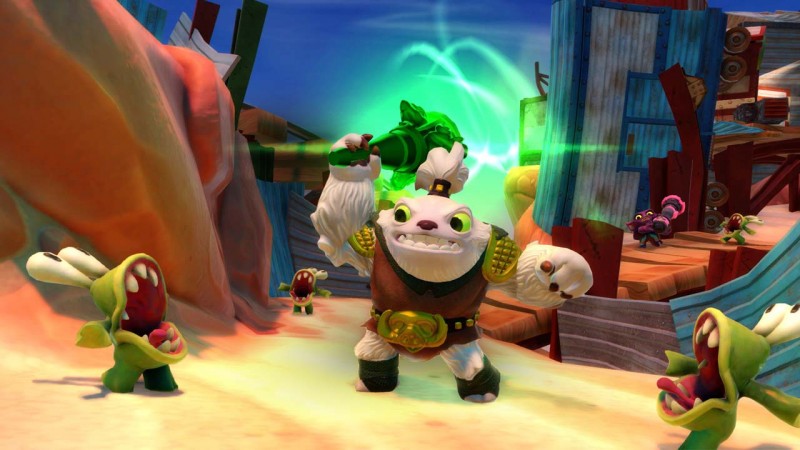 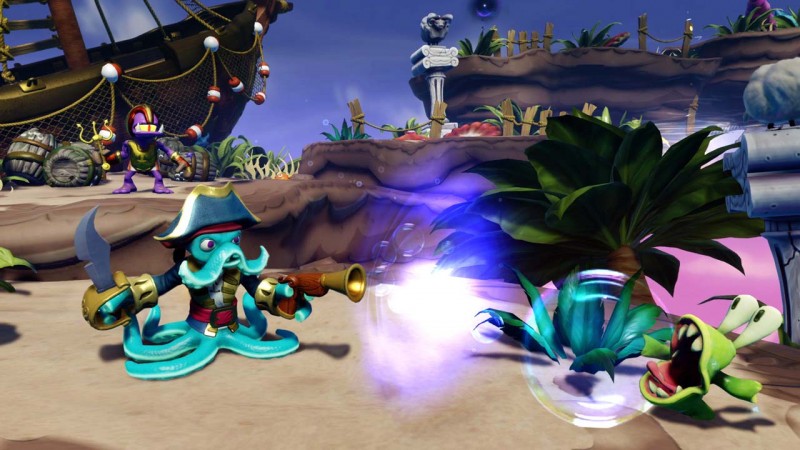 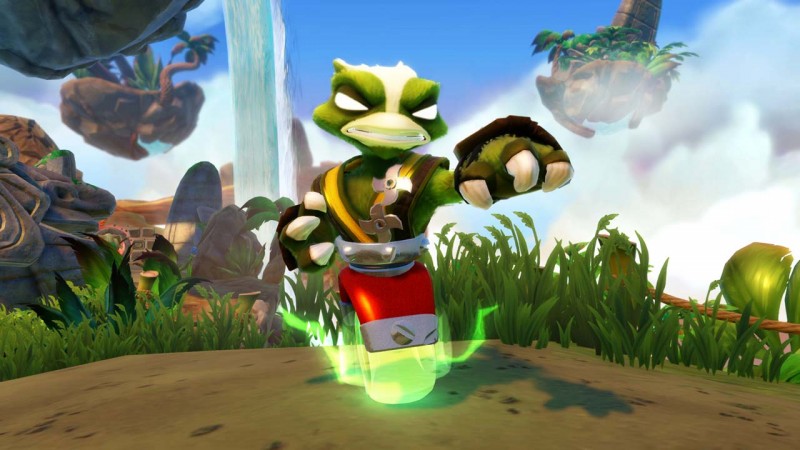 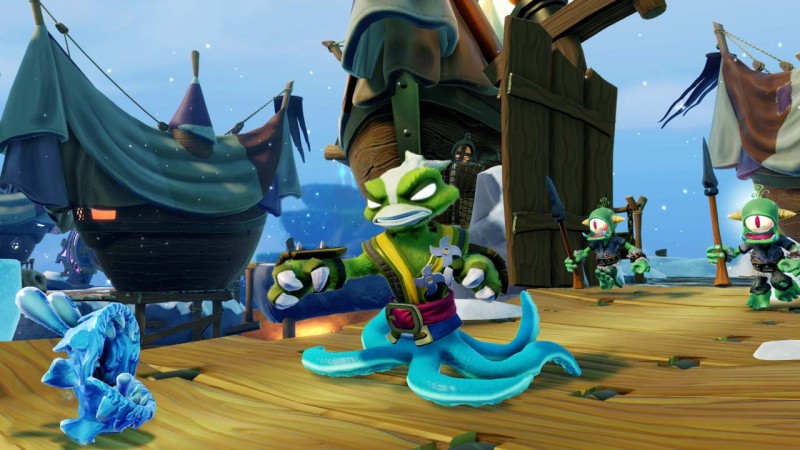 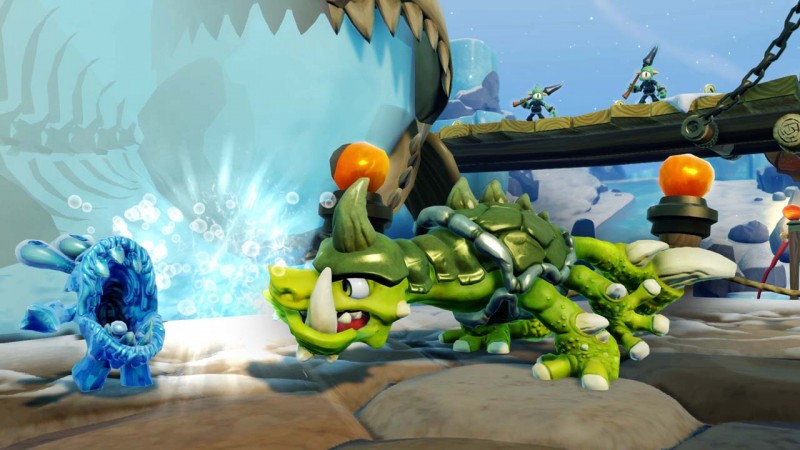 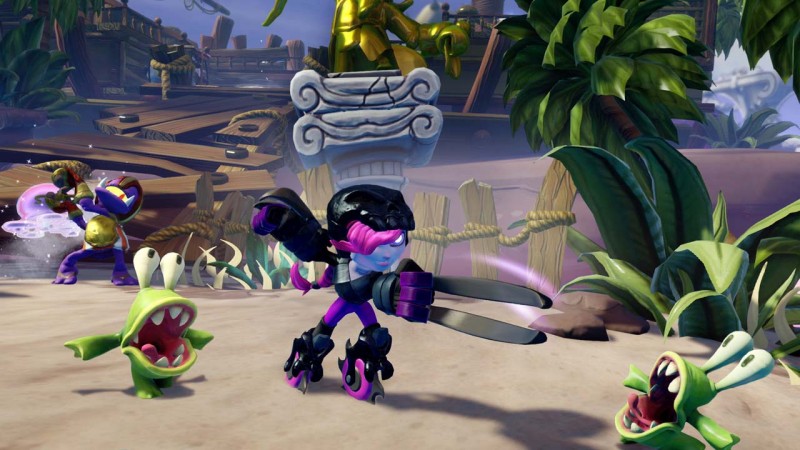 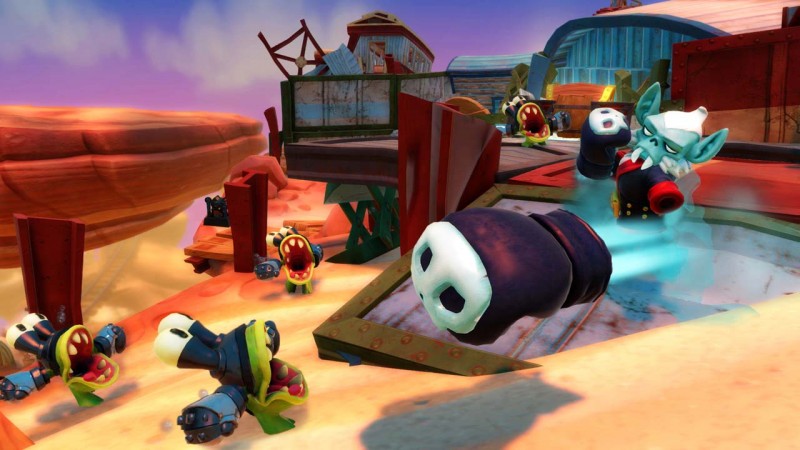 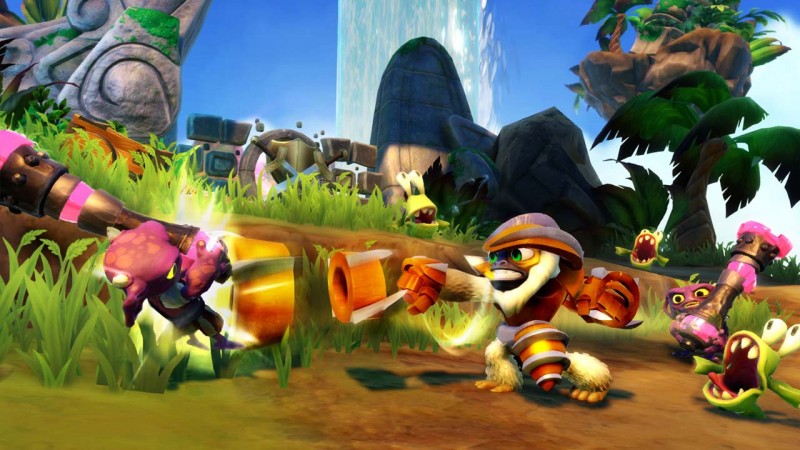 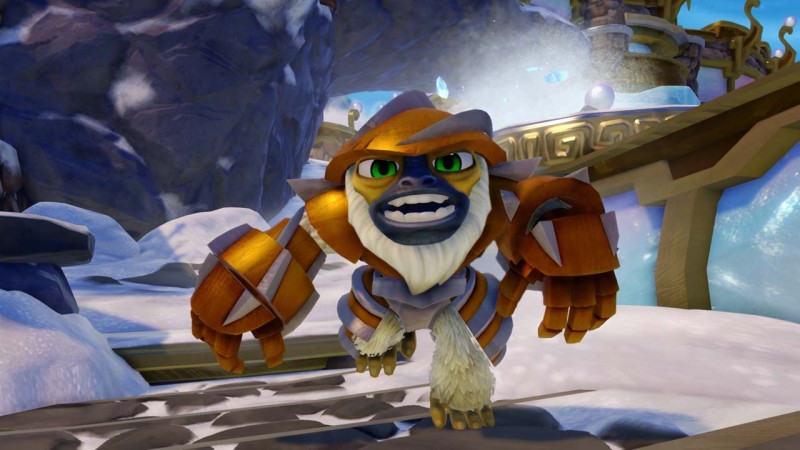 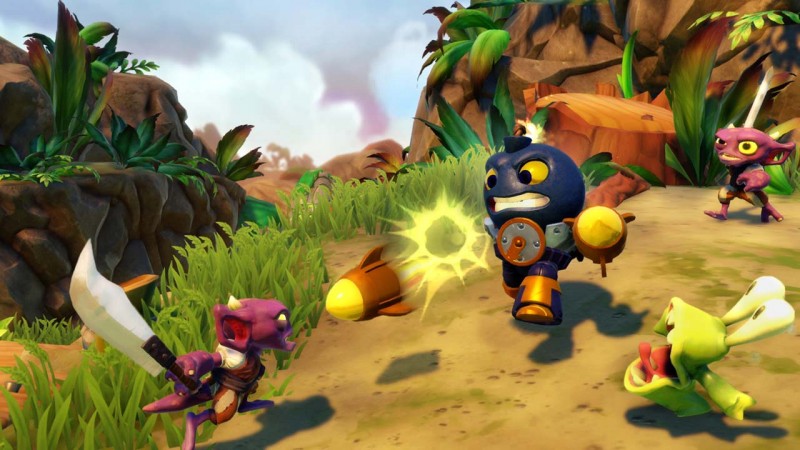 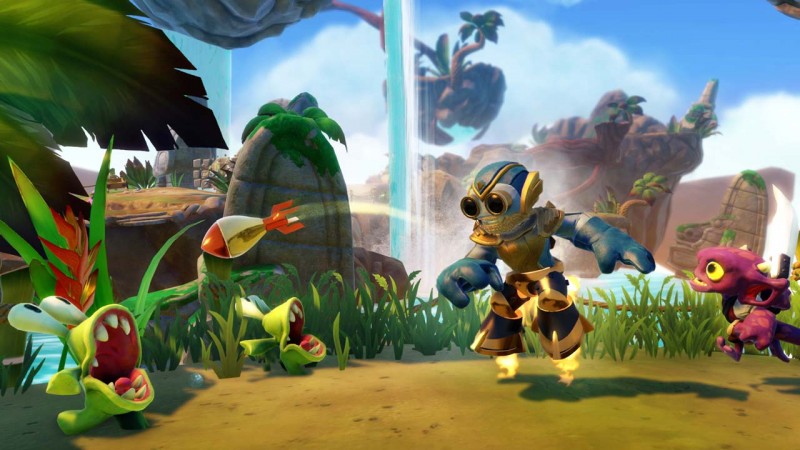 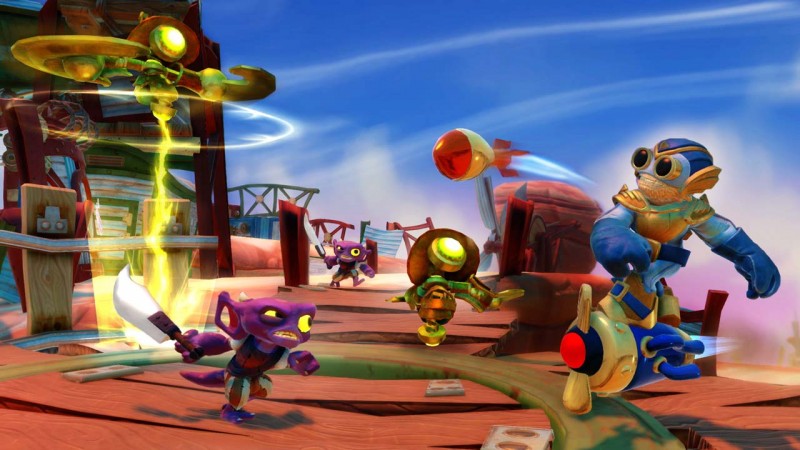 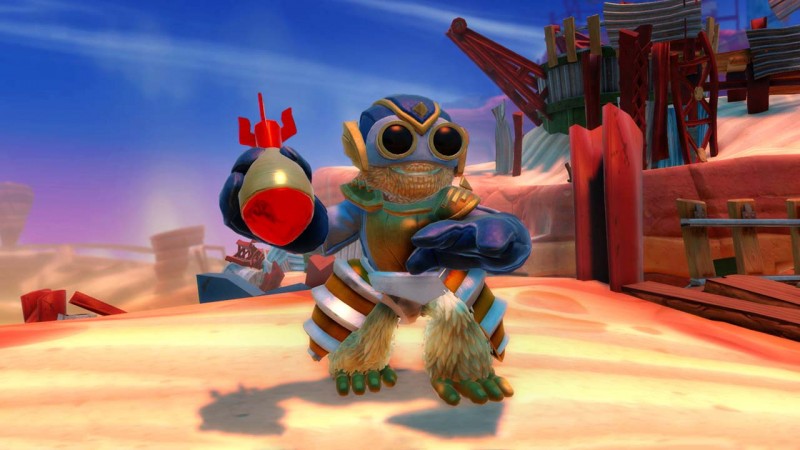 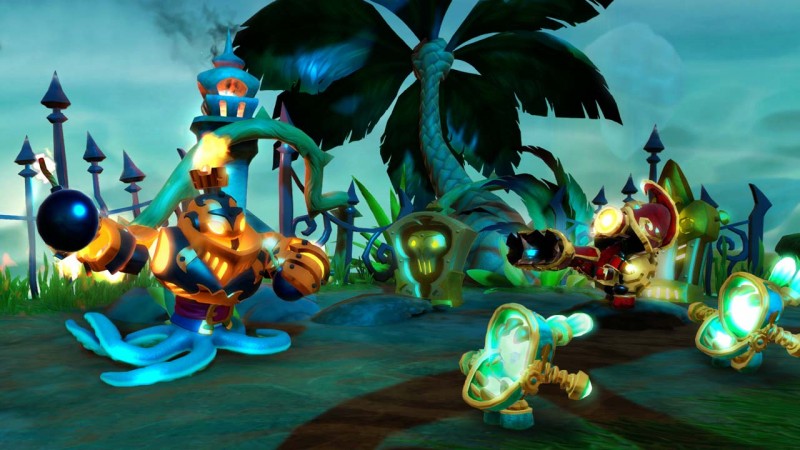