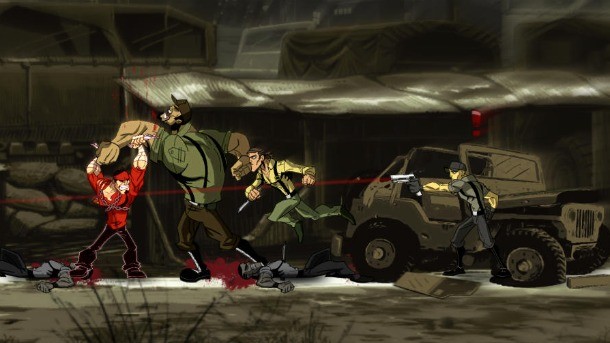 Electronic Arts released Shank, a 2D side-scrolling beat 'em up, on PSN and Xbox Live in August of last year. Since then, developer Klei Entertainment has been hard at work on a follow up title, Shank 2.

The former mob hitman with a dark past returns when his loved ones are put in danger. Shank 2 is basically a story of revenge, but the game will also introduces an arcade-style, survival mode that will have players working together to take down gangs of enemies. Check out some early images and a video of Shank 2 in action.