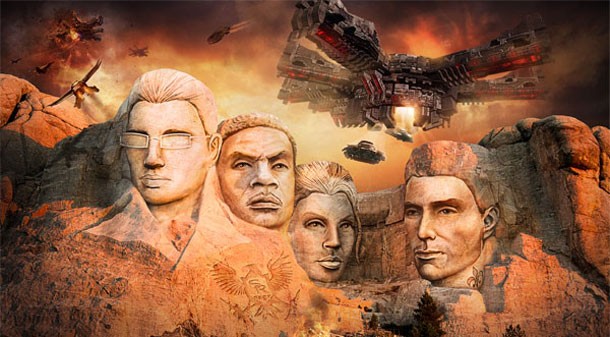 Much like Saint's Row: The Third's Initiation Station, Saints Row 4's Inauguration Station will let players get in and create their character before the game's release.

With the app, you can start from scratch, or upload your Saint's Row: The Third character and tweak them for IV. Once Saint's Row IV releases on August 20, you can import your character and start creating mayhem.

Update: Publisher Deep Silver has confirmed that there are a few articles of Saint's Row: The Third  clothing that won't make it through the transfer due to assorted marketing agreements, but otherwise everything should make it over.

It's a free application that's available now on Xbox Live and Steam. It will be available to download from the PlayStation Network next week on August 13.

For more on Saints Row IV, you can check out developer Volition's latest developer diary.