Ryse's cinematics director Peter Gornstein and producers Michael Read and Justin Robey were on hand at Comic Con to talk about the narrative details of the Xbox One's gladiatorial launch title.

Ryse follows the story of Marius Titus, a Roman solider whose family was murdered by barbarians of Britton. Titus has sworn to avenge his family, and is making his way through the ranks of the Roman army in an attempt to track the barbarians down.

Microsoft has also released a motion-comic based in the Ryse universe called Sword of Domocles. You can check out the comic here, which tells the story of Damocles, who comes back from the dead to avenge his own death and save Rome. With Domocles returning from the dead, it seems Ryse will have supernatural storytelling elements, something so far unseen in Ryse's assorted demos and trailers.

The Comic Con panel also detailed a number of Ryse's characters. Alongside Titus, Microsoft revealed Vitallion, "the wise and charismatic geneal," Nero, the emporer of Rome, and Commodus and Basillius, the son and grandson of Nero respectively. Boudica is the daughter of King Oswald, the ruler of the Britannia, and Glott is an "Enigmatic leader of the Northern barbarians." Finally The The Spirit Gods were revealed, who watch over and guide Titus.

You can find more details on all of the characters by heading here. For more on Ryse: Son of Rome, you can check out the game's E3 trailer, as well as more details on the game's combat. Ryse will be a launch title for the Xbox One sometime later this year. 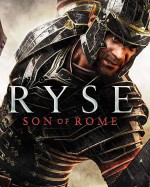