Rush Bros. is in the process of seeking upvotes on Steam Greenlight. At first glance, it’s just a stylized platformer. The bright hues of the quirky DJ characters match the surrounding palate of neon greens, blues, and reds. It can be a little more difficult than most platformers, too, with levels intentionally designed to kill you in devious ways; spinning saw blades and blind falls into pools of acid leave little room for error.

At a second glance, you’ll notice that Rush Bros. adapts to the soundtrack. If the tempo increases, you’ll need to act accordingly to survive. Jumps require adjusting and sprints need better timing in order to dodge the faster-moving spikes that eject from the walls. Lasers that were previously easy to hurdle are now moving much slower as the song does the same. This confluence of platforming and music draws comparisons to recent 2012 title Sound Shapes.

But add split-screen platforming to Rush Bros.’ pedigree and something unique emerges. Two DJs springing traps on each other and reacting to the rhythm of the music in a race toward stage’s end is a unique amalgamation of gameplay elements that could set Rush Bros. apart in the platforming scene.

Xyla Entertainment, the indie developer behind Rush Bros., has a varied resume. They’ve made classic arcade games, a real-time strategy title, even a steampunk RPG – all in the interest of acknowledging untapped markets.

“We’re trying to identify certain segments where we feel there could be a really great opportunity,” says Mark Chandler, senior producer at Xyla.

Often times, addressing those segments means blending disparate gameplay mechanics to make a cohesive whole. “That’s what we’re doing with Rush Bros.,” says Chandler. “You’ll see that we’ve taken a lot of inspiration from other games that are out there, whether it be from Super Mario Bros. or Super Meat Boy.”

On the surface, these allusions are apparent. The general platforming mechanics and level design are obvious nods to other platformers, but the similarities stop there. The competitive racing elements present a lot of potential: In addition to dodging their own environmental hazards such as turrets, bouncing fireballs, and vanishing platforms, players can trigger obstacles for the opponent as well. All you need to do to witness the havoc you’ve unleashed is glance up – or down – at the other player’s screen. Drawing inspiration from a Portal mod that he made, lead game designer Ian Boswell wanted to make a platforming game where each player was racing to complete their own separate single player courses.

“I thought that idea was so cool,” says Boswell. “The idea of speed-running alongside somebody else to see who speed runs faster in real time.”

Victory is all in the eye of the players though, who decide for themselves the actual victory conditions. “There is a finish line you cross, but we don’t like to print on the screen ‘winner’ or ‘loser,’” says Boswell. “If you want to play the game as a co-op game and conquer the levels with a friend, you can treat it like that. If you’d rather play a [competitive] game, you can treat it like that.”

The lack of imposed victory conditions elevates the replay value of levels to begin with, but throw in the aforementioned music element and that value increases even more.

“…Why not take it the next step and do beat analysis, too?” says Boswell.

It’s hard to call the game’s music a set soundtrack considering you can play along to any song. That’s right, any song. If you have an mp3 file, it can be used in Rush Bros. and the music analyzer will alter the gameplay to fit. In essence, the game’s soundtrack consists of the music library on each player’s PC. If you like classical music, spikes can shoot out of walls to the second movement of Beethoven’s Symphony No. 9. Take the rap route and blades will spin in line with The Notorious B.I.G.’s Juicy. The possibilities here increase the replay value tenfold.

Despite all of this potential, Xyla isn’t content yet. “We have these levels, we have this game, we have racing from A to B,” says Chandler. “There are other sorts of game types we can use. We’re exploring other things. [We want] the core game to be expanding all the time.”

Rush Bros. is currently in Steam Greenlight. If it gets enough upvotes, Xyla will get the chance to make good on its promise of additional content. 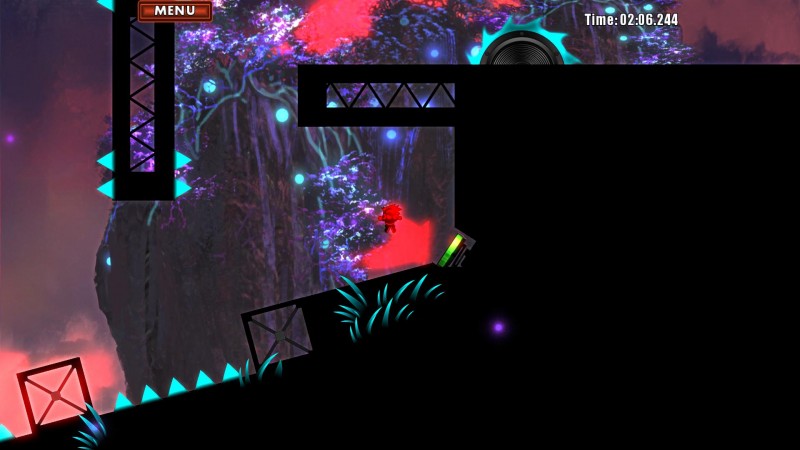 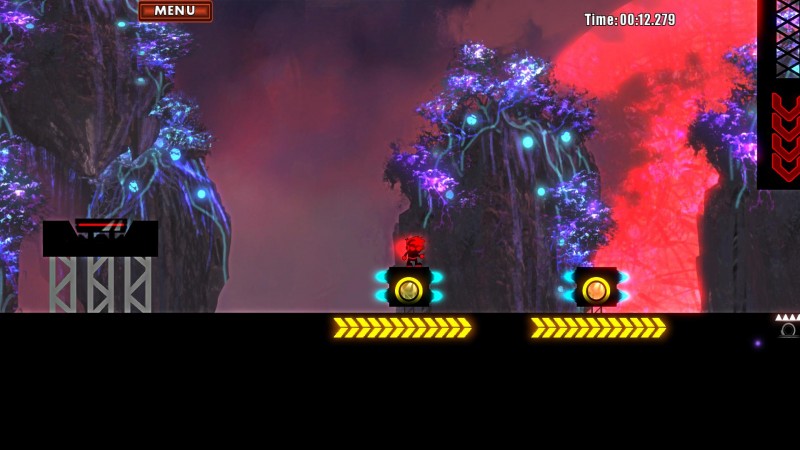 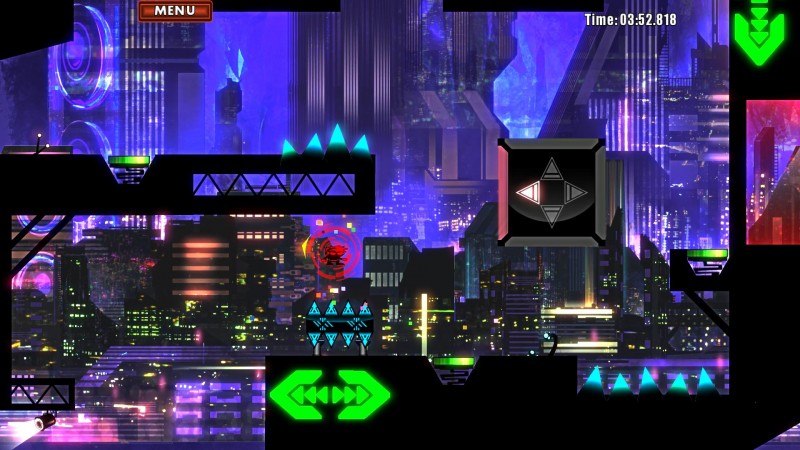 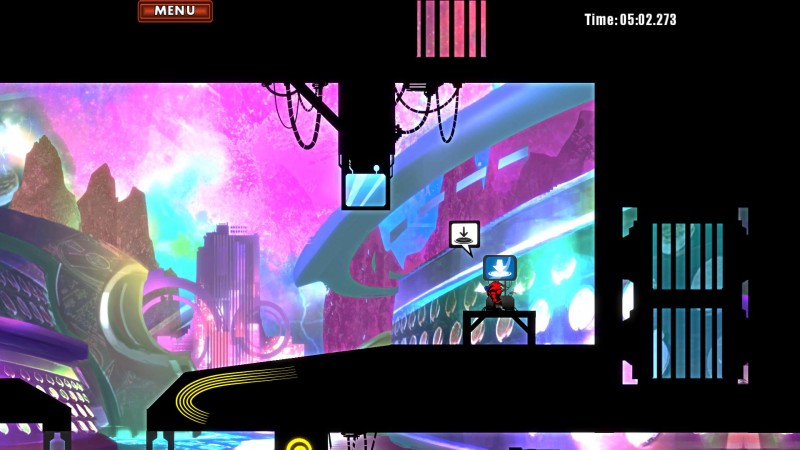 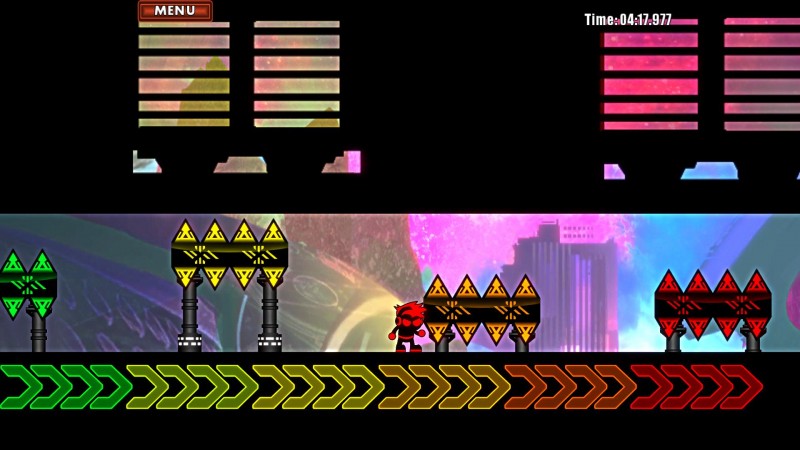 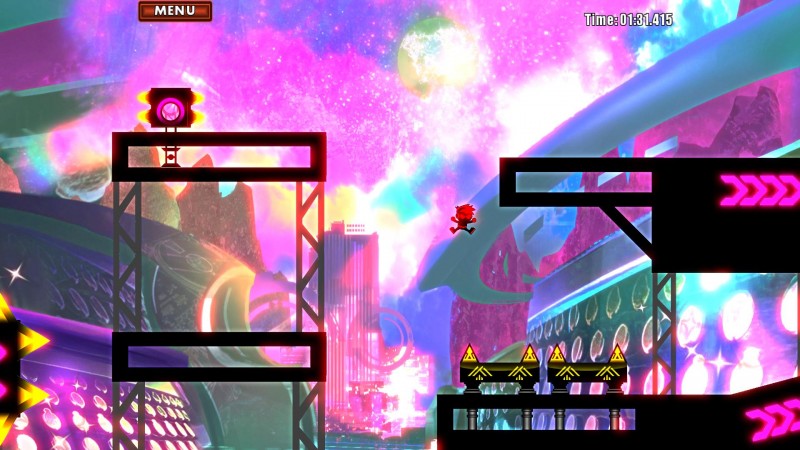 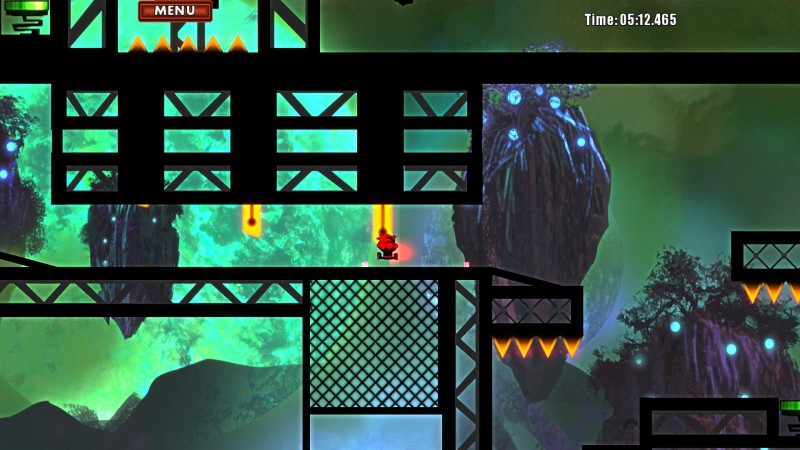 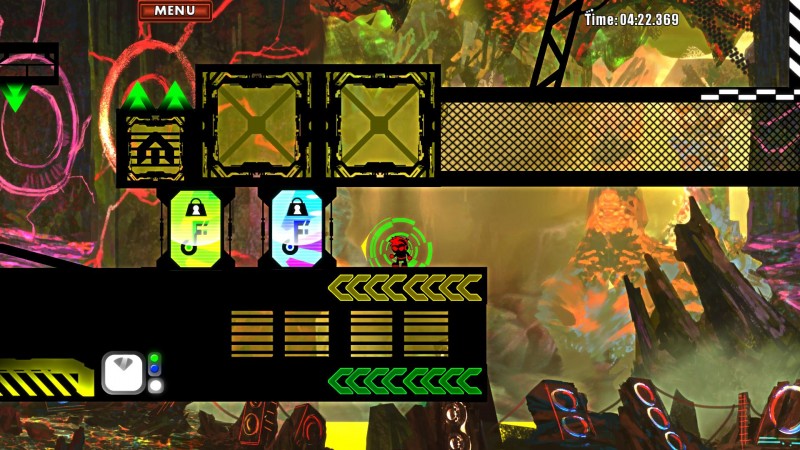 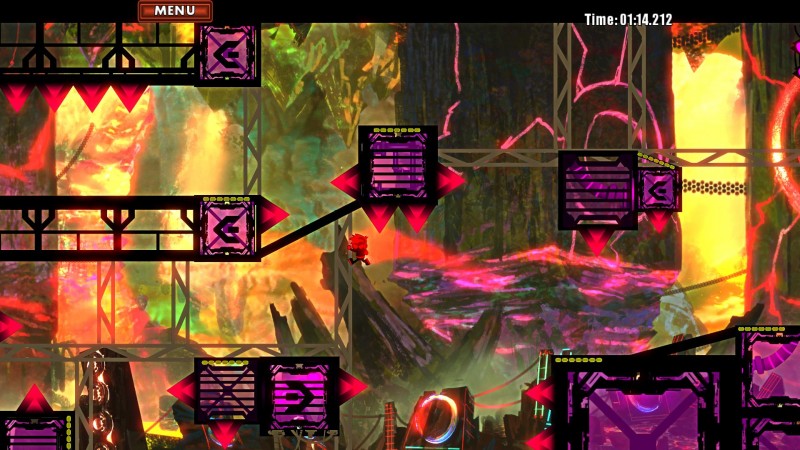 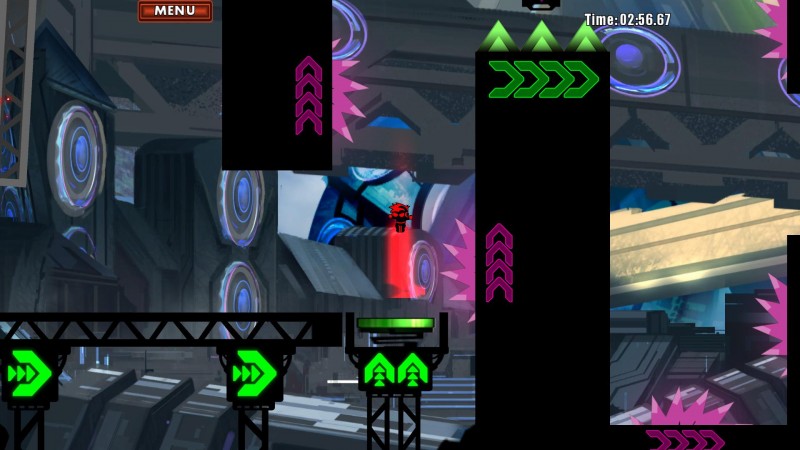