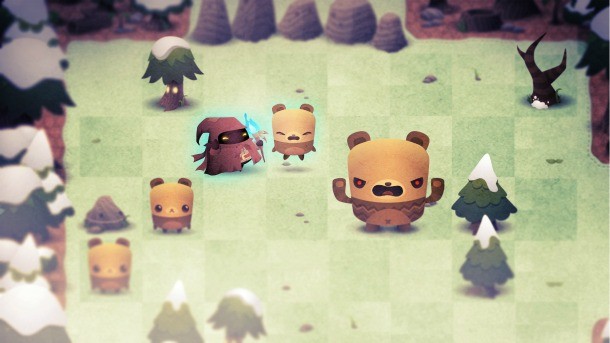 Two genres you don’t often see together are roguelikes and puzzle games. But that’s exactly the formula that Spry Fox is shooting for with Road Not Taken. The upcoming game draws immediate comparisons to the team’s previous work on the popular mobile game, Triple Town, due to its similar art style and grid-based levels. But look a little deeper, and Road Not Taken reveals itself as a fascinating experiement in storytelling and procedurally generated level design that should be a great addition to the PS4 library.

Road Not Taken draws its inspiration from the classic 1916 Robert Frost poem about an individual choosing the path less taken through life. You control a cloaked figure who lives on the edge of town – a sort of hermit that has set him or herself apart from the nearby town and foregone the traditional life of getting married and having children. Your character is also set apart because he has some magic powers.

Those powers come in handy when terrible storms sweep into the nearby forest, often trapping the town’s helpless children out in the cold and snow. In each playthrough, you set out into the forest to rescue these unfortunates, and bring them back safely. 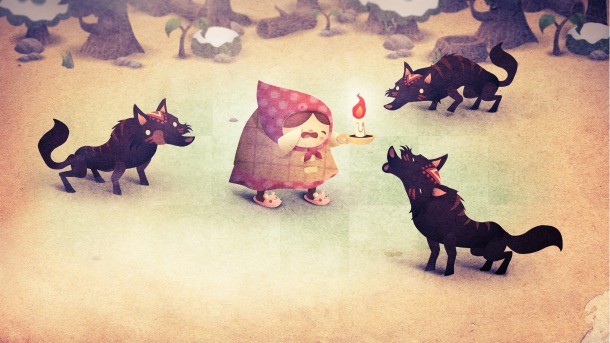 Gameplay is built around navigating the various objects you find out in the forest, from dangerous creatures to trees with strange properties. Each object on the grid will react to your attempts to move it in a different way, so there’s a gradual process of discovery as you memorize the different possibilities. Moving objects around takes energy, and if you lose all your energy out in the woods, then you die, and like in a classic roguelike, you are forced to restart.

When you do begin again, the levels you play will be different, but you can use your knowledge of the forest’s properties to hopefully make it further. Spry Fox is putting a big focus on these and other roguelike features, including the discovery of secret crafting recipes and content unlocks that communicate a sense of progression even as you’re forced to start the levels over from the beginning upon your death.

In addition, as the game continues, Road Not Taken also diverges from many puzzle games by crafting an ongoing narrative about your life, your interactions with the townspeople, and the process of aging as the years pass. I’m excited to see the ways that Spry Fox intends to inject some thoughtful commentary and philosophy into the trappings of a puzzle gaming experience. 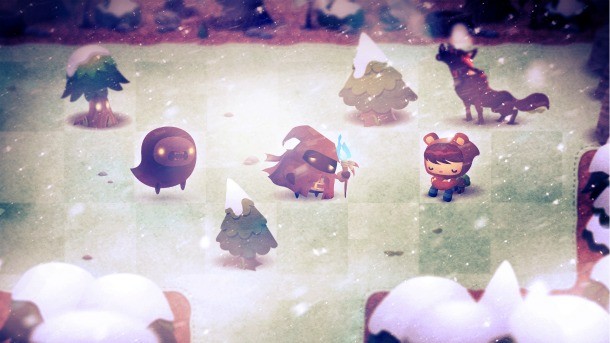 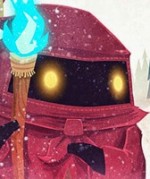